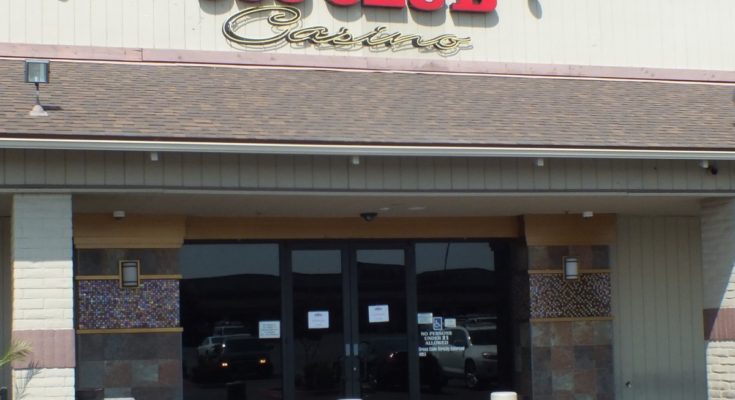 The 500 Club Casino in Clovis is back open after a brief closure mandated by the Bureau of Gambling Control on Aug. 16. The temporary closure was brought about based upon a regulation in the California Gambling Control Act requiring California cardrooms to have in place a separate bank account holding funds equal to the amount of chips held at any given time by patrons of the casino, or an alternative funding source of coverage.

At the time of three separate audits performed by the Bureau Auditors, the 500 Club had more than enough cash on site in the casino vault and cages to cover all chips in circulation.

In addition to being fully funded by on-site cash, the 500 Club also has had in place a Chips in Use bond in the amount $800,000 as a backup funding source. The bond was submitted to the Bureau in 2014 as the alternative funding source to allow for the Chips in Use cash to be held on site in lieu of a bank account to accommodate immediate patron cash outs.

In the 500 Club’s 64-year history of being in business, there has never been an instance that a patron was unable to cash out their casino chips. The Bureau cited a situation of the 500 Club being out of compliance by holding the cash onsite and not in a Chips in Use bank account as well as denying the approved status of the three-year-old bond.

Management of the casino states, “The 500 Club chose to keep the Chips in Use cash onsite rather than in a bank account as it would prove impossible to cash out patrons with all the money being in the bank. We acquired our bond in 2014 so that we would not be out of compliance by not having a separate Chips in Use bank account.”

The Bureau has currently denied that the bond was an approved funding source even though the bond was submitted for approval in 2014. The 500 Club Casino lawyers reached an agreement with the Bureau on the evening of Tuesday, Aug. 29 to immediately reopen the casino on the morning of Thursday, Aug. 31.