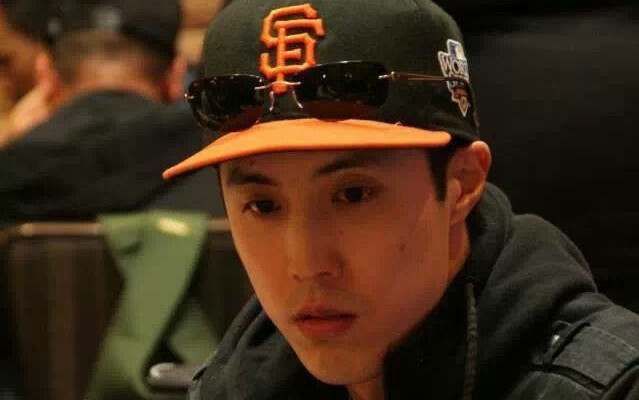 It was November, 2009.  I was at the living room dining table “studying” (not really) for an exam while also trading a few stocks on my E-trade account.  I received an AOL Instant Message (lol, the good ol’ AIM days…) from a friend, who we’ll call “Andy,” telling me that our other buddy, who we’ll call “Kevin,” just won $2,000 on Full Tilt Poker and now has a shark swimming by his name on Shark Scope.  If you haven’t heard of Shark Scope before, it’s an online website that tracks all online poker players and keeps statistics on their tournament statistics such as their ROI (return on investment) and ITM (in the money) percentages.  This was also the first time that I had heard of SharkScope.com.  There are also other sites that track statistics for cash game players such as PokerTableRatings.com.  This was also the era in online poker where HUDS (heads up devices), used to keep track of your opponent’s statistics and patterns, were introduced to the online poker world.  The introduction of these programs and tracking websites are an important part of poker history because it would drastically change the poker landscape moving forward (I’ll discuss this more in detail in another post).  For now, just realize that it was now possible to track and follow the “fish”, or losing players, from table to table and CRUSH them.

Thanks to the Unlawful Internet Gambling Enforcement Act (UIGEA) of 2006, my $30k November/December run in 2006 came to an untimely end when the European based online poker site that I was crushing decided to stop hosting U.S. players effective January 1, 2007.  Even Party Poker decided to leave the U.S. market.  It was a move that would eventually open the doors for Full Tilt Poker and Poker Stars to emerge as two of the largest online poker sites in the world.  At first, I was skeptical about opening an account with Full Tilt or Poker Stars, so instead, I moved some of my money into stocks (Yup, right before the markets dumped in 2008, timing was never my thing) and I also dumped about $5,000 playing online blackjack (stupid, I know).  So I played very little poker in 2007 and 2008, which sort of sucks because these were two of the best years to be playing (again, my timing is off).  However, during this time, I had gotten into counting cards in blackjack and was part of a team that did pretty well.

Anyways, back to the main story.  I immediately called my friend Kevin and asked what the hell Shark Scope was.  In a nut shell, he basically said something like this, “Dude, these sit n’ go tournaments are so easy.  I’m up like $4,500 this month, and the players suck.”  That was enough.  I joined Full Tilt that day.  Fortunately, although I was not playing much poker, I was still keeping up with my poker reading material and reading poker forums.

Two weeks go by and I’m stuck about $2,000.  I was playing above my bankroll still and taking shots in large tournament fields with no results.  I needed to get out of the house and ended up walking down the street to the local grocery market.  I bought a few things and was walking back.  I was thinking about how stupid I was for depositing that much money into online poker again after not playing seriously for two years.  I told myself I would quit.  Suddenly I hear a woman’s voice yelling.  I look up.  A crazy old homeless lady was charging at me full speed (I’ll never forget this image in my mind…she was definitely on something good.)  Next, she leaps and thrusts her fist straight into the side of my neck (kind of like how Brad Pitt does with his sword in the movie “Troy”) and I nearly collapse to the ground.

“WHAT THE F***?!” I shouted.  About five by standers rush over to witness the commotion.  She pointed right at me, her eyes were bulging.

“Win what?” I answered, still in disbelief and shock.

“I don’t know! But, YOU’RE GONNA WIN! You’re gonna win BIG!” she screamed back.  She had this weird, and slightly creepy grin on her face.

“Ok, cool. Thanks,” I replied, as I walked away shaking my head.

I went to work later that day, and if I had collected a dollar for every person that told me I should go buy a lottery ticket that day, I’d be rich.  But, did I?  No.  I went home and registered for a $27 turbo tournament on Full Tilt, and I ran like God that night.  I can’t say that I won the tournament, but I did make the final table and earned a nice pay day of just over $2,200.  I was in the black now for about $200 and ready to take this poker thing seriously again.  Sometimes motivation comes from the most unlikely sources.

So there you have it, my life story of how I got into poker.  I hope you enjoyed it and are ready to get into some real poker talk with my next post.

Previous PostPoker and Nutrition Next PostAllow Me to Introduce Myself…