Home March/April 2013 Always be thankful for the new guy 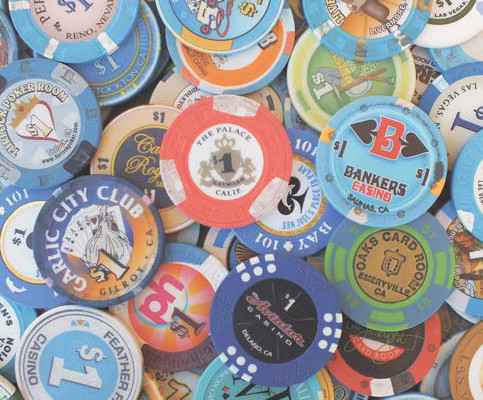 Always be thankful for the new guy

Randall RappMar 10, 2013March/April 2013, NorCal Poker AmbassadorComments Off on Always be thankful for the new guy

At a recent poker session I was playing $3/6 limit and there was a guy at my table who couldn’t seem to get the hang of when he was supposed to bet $3 and when $6. The dealers were very helpful and the other players patient, so it was no big deal, but it got me to thinking: Man, I sure do miss this guy!

A few years ago there were lots of people coming into your local cardrooms to try a few hands of poker who had probably never been there before. Maybe they’d dabbled a bit on the Internet or just seen enough of it on television to want to give it a try. So there they were making rookie mistakes and “slowing down the game.”

Then along came the UIGEA which took a huge bite out of the pool of new players. Once our federal government, in their infinite wisdom, convinced people that online poker was “illegal” they stopped doing it. Which meant they stopped learning the game and wanting to step up to the next level—live play.

Black Friday may have been even worse, because by shutting down Poker Stars and Full Tilt the feds killed more than half of the poker on television. Gone were Poker After Dark and High Stakes Poker as well as a few others because their sponsors had been effectively kicked out of the country. Televised poker generated stars and stars generate interest and interest generates players.

We still have the World Series and World Poker Tour (and Heartland Poker if you’re really desperate for a fix) but I miss the days when my DVR filled up with quality poker shows.

Here’s my point—treasure these people who are making mistakes. Encourage them; help them to learn the rules and etiquette of this game we all enjoy so much. We need them and should welcome them with open arms to the tables (even while attempting to “charge” them for the lessons). Sure, you’re going to run into some beginner’s luck every now and then and have to put up with some less than top-notch play, but that’s a small price to pay to keep our game healthy with new players for today and tomorrow.

This trip started off with a visit to The Palace in Hayward where I arrived in time for their 9:00 a.m. Saturday tournament. The buy-in was $70 for 3,000 chips with 20 minute levels. The key seemed to be surviving to the first break in order to take advantage of the add-on of 3,000 more chips for only $20.

I wasn’t surprised to find that there was a lot of fast play going on and a lot of early tournament all-ins, many of them with less than stellar hands. I decided the best course of action was to be as patient as possible, then strike when the opportunity seemed ripe.

The best laid plans don’t always pan out however, and I found myself needing to make something happen. When I went all-in with top pair I was out-kicked. Re-entries were still available so I decided to give it another shot.

Once again I wasn’t getting much to work with so when I flopped a flush draw on the last hand before the break I threw caution to the wind and shoved. Unfortunately top pair/top kicker was more than happy to call and when the turn and river brought no joy I was out for good.

Since I was planning to stick around for a while anyway I grabbed a seat in their $3/6 game and ordered what turned out to be a first rate bacon and eggs breakfast. About the time I was done eating I was called up to the $4/8 half kill game and made the jump.

I was behind a little from the $3/6 and for the first couple of hours at $4/8 I fluctuated between getting even and dropping back down. A couple of poor hands shrank my stack too close to the felt, so I went for the reload. This was followed by more downs than ups, but I stuck with it because I was sure that with a few better cards I could come out on top.

The turning point may have been when one of the players at the table, Doug, flopped a royal flush. Everyone at the table was pretty happy because in addition to Doug receiving $200, the rest of us each got $20.

I finally started making some big flops and hitting some draws. My patience paid off and by the time I was ready to go I had made up for my losses, paid for my tournament and breakfast, and had a little bit more to add to the bankroll.

When I got to the Garlic City Casino they were just about to get a game of $1/2/2 spread-limit ($2–200) going so I stopped by the Pan table first to say hello to the owner, Ky. They were throwing cards all around the table (and chips too) so that I still couldn’t figure out what the heck they were up to. I’m pretty sure it’s some kind of rummy game, but I’ve yet to be able to make heads or tails of it.

The Blackjack table was hopping with action too, so by the time we got started playing poker there was something for everyone to play.

We started our spread-limit game six handed, one of whom was the floor man helping to get the game going. Most of the players bought in for $60 to $100 so I went for the full hundred.

I wasn’t surprised the first several pots were very small, playing six-handed with fairly small stacks, but as more players showed up and more chips were placed on the table the action heated up.

Dinner seemed like a good idea so I ordered the teriyaki chicken. Great decision. That may have been the best teriyaki chicken I’ve ever had—moist, flavorful, delicious!

I was there for several hours and saw many big pots. I was even the recipient of several of them. I managed to show a profit again and have a great time, so all in all it couldn’t have gone any better.

This was my first trip to Bankers Casino and I would definitely recommend it to any traveling poker players in the area.

I was aiming for their Sunday at noon bounty tournament but got there about an hour early, so I took a seat in the $1/2 no-limit game. Nothing that special happened here, except for the one hand when I raised preflop with A-Q and, as I found was to be expected, got several callers. I was pleased to see a queen-high flop and bet out, only to be raised by a woman we’ll call “Cruella.”

She had already put in half her stack ($40) and I knew I wasn’t folding so I raised enough to put her all-in. She called. I had her dominated as she only had Q-10. You know what happens next … Cruella hits the 10 on the river.

I manage to get most of my money back (but not from her) before the tournament begins.

Normally their Sunday tournament is $160, but it turns out I was there on the last Sunday of the month when the buy-in is $260. Players receive 20,000 chips and can get 2,000 more for a $5 dealer appreciation. There is a $50 bounty on everyone, and levels are 20 minutes long for the first six and after that they’re 30 minutes. They did start at 50/100 blinds, but that didn’t seem like too big of a deal with the length of levels, starting stack sizes, and overall blind structure.

About halfway through the second round I made what seemed a prudent bluff only to get re-raised by my old pal Cruella and had to fold. A little later I flopped a straight in the big blind only to have everyone fold except the small blind. He had the same hand so we chopped and I didn’t make up any lost ground there.

When I found myself with a stack that had dwindled close to shove-or-fold size I shoved when I hit top pair on the flop only to get called by Cruella who also had top pair only with a better kicker. As if to prove that the poker gods don’t believe in justice I didn’t get to turn the tables on her from earlier and I was out.

With nowhere to go but home, I decided to try and recoup the days losses back at the $1/2 game. While I was there several players generously made big bets with mediocre hands and pretty soon I was on my way.

Hunger started to creep up on me so I chose to treat myself to their fish and chips. Another great choice as they were very tasty and the portion so huge I couldn’t even finish it.

I wasn’t done with the no-limit game though, as I kept hitting flops and draws and raking in the chips. Having once again paid for my tournament and food I still had a little something left over to make for one more day in the black.