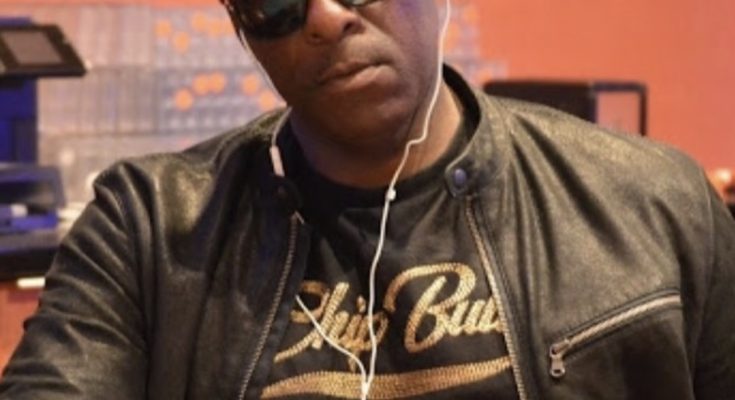 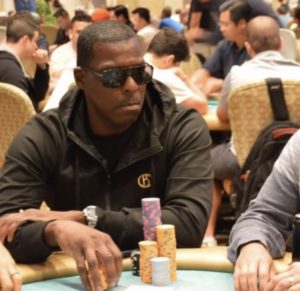 To put it plainly Joe “Black” Reddick’s story is unlike most poker players. It’s really nothing short of amazing that he’s even here to talk about it considering all he’s gone through in his life. I felt it was an awesome story that everyone in the poker playing community should know about.

Joe grew up in the Bronx borough of New York. Famous for hip hop legends like KRS One, Big Pun and Slick Rick, while also being famous for many other things like the mafia and, in many areas of the Bronx, drug dealing. Joe grew up as the youngest of nine kids and had a very normal childhood. Raised by a hard-working father who owned his own construction business and a loving mother who was a nurse, Joe was busy doing all the normal things kids would do, most of which included sports and school. He balled pretty hard and was being given serious consideration for playing sports in college and possibly beyond. That was all about to change though when he turned 13.

At 13 Joe became intrigued with the streets, the fast money and respect that he’d seen people giving drug dealers. And with that determination to earn that same respect and money a hustler was born (or as Joe would call it) a Chip Bully!

At age 13 he quickly learned how to make his empire grow and before he knew it he was a well respected drug dealer with lots of money to throw around. He had it all. The fast life, the money, the cars and, of course the women.

But as in most stories like his it all came crashing down when some of his hired help were pulled over and arrested and then agreed to testify against him which subsequently led to his arrest on federal drug conspiracy charges. Eventually he was sentenced to over 15 years in prison. He was devastated!

He had three kids at that time (five of them now) and wanted to be there for them but didn’t know what to do. He spent years thinking hard about his life and the choices he made. The amazing thing is that he never even played poker or really gambled before going to prison! 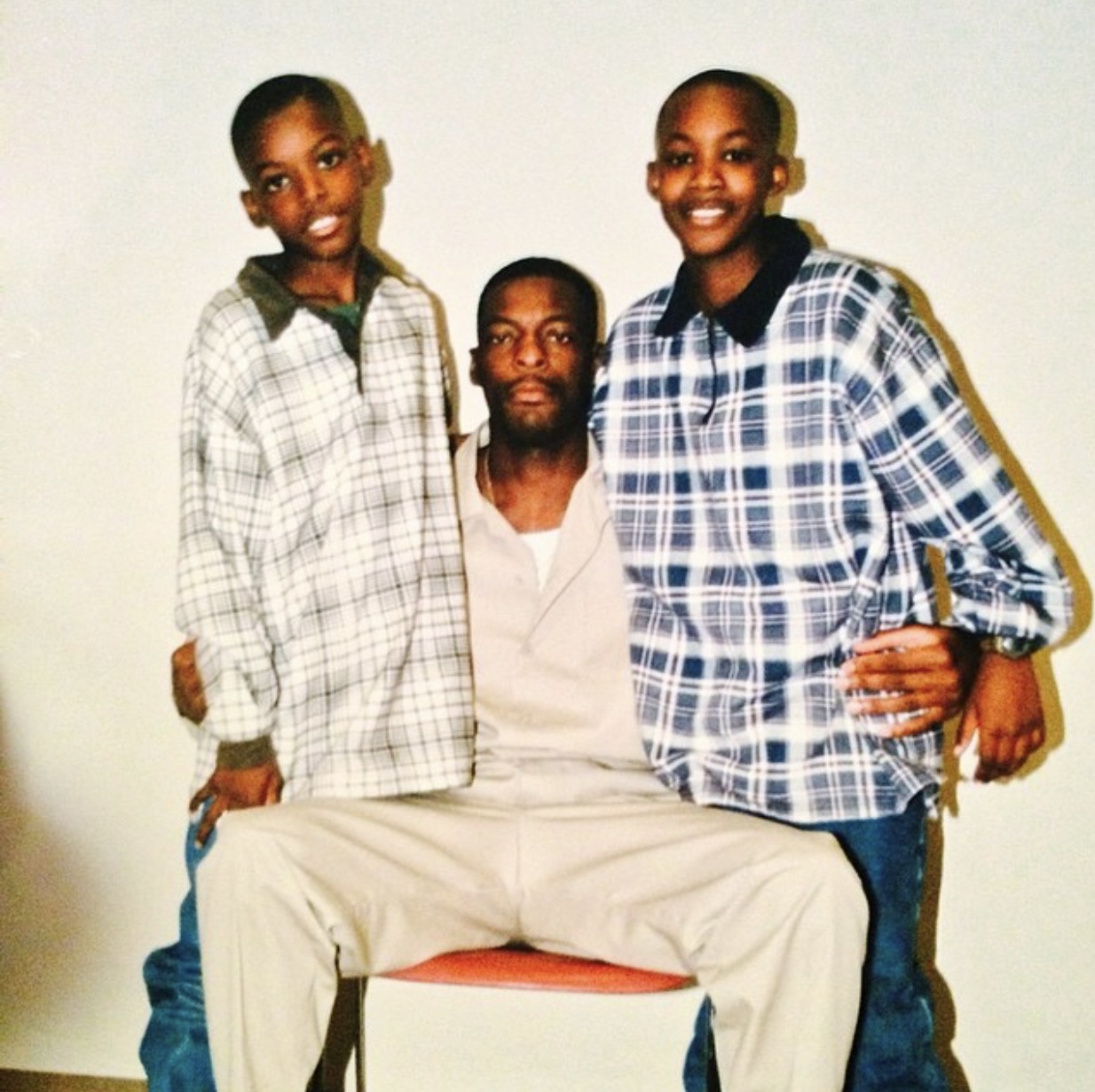 It was in county jail while waiting to get transferred to another prison that he would watch the same group of guys always playing a card game and having fun (as much fun as you can have in prison anyway) while playing for commissary—which is basically playing for food, cigarettes and other goods. Since you can’t play for cash that’s what you play for in prison.

They seemed relaxed and that appealed to him, so without knowing a single thing about what they were playing he watched for a while and picked up on it and eventually asked to play. He was instantly hooked! He loved the complexity of the game and while he initially lost a lot in the beginning he eventually was crushing the other inmates for their commissary and his time in prison was flying by, all while slowly washing away his old life and molding a new man determined not to go back to his old life for the sake of his family and his own life.

He learned all the different games while being transferred to multiple prisons too. PLO, Badugi, no-limit and limit just to name a few, and he grew to crush each one of the games while building a reputation as a skilled poker player. The man became something that he never even imagined. He was as competitive at cards as he was playing ball or drug dealing but this was instant cash and was legal and he loved it!

Hell he even managed to write five books while in prison, with two of the books actually being published WHILE HE WAS IN PRISON! One is a book called “Street Team” written under the name he uses to write books (Joe Black) which is a story about four drug dealing teenagers. The other is called “Squeeze” and is actually about a hit man who is living a double life. He also learned how to file his own appeal and eventually won an early release, which is amazing!

He read no poker books and watched no videos. His education in poker was strictly from the school of hard knocks. He had to learn to win or he could literally lose his shirt! From 1993 to 2008 surviving, playing poker and writing books was all he did while in prison. In 2008 he was released from prison and Joe says, “The first thing I did is take my $585 dollars and I went to the Taj to play.” He says he won over $1,400 that day in a five-hour session and was intent on making it grow. While working a few odd jobs he played as much as humanly possible. From home games to casinos, poker was basically all he did.

Then one day he saw something totally new to him. He noticed what they called a “midnight madness” tourney. He eventually played in one and just like when he played in prison at first he was always losing, but steadily he began developing his strategy of tournament poker. He eventually started cashing and then winning!

His first big tourney was at Borgata some years back and he lost that one too but ironically his biggest score to date was at the WPT Borgata Winter Poker Open. The buy-in was $450 in their 1 million deep stack tourney and he took first for over $217K followed by a WSOP circuit event in April a few months later when he took fourth for nearly another $100K. He has numerous five-figure scores in the last several years and is now an accomplished cash game and tourney player whose tourney cashes, according to the Hendon mob database, currently total over $750,000. I’m sure he has a healthy amount more from his cash game winnings.

Joe’s goal is to win a WSOP bracelet and eventually become the first African-American Main Event champ! He describes the Main Event as the ultimate goal in no-limit. Joe said, “It took many years to figure out tourney play and how to become a winning player and I look back on it often while continually honing my skills in the tournament department.”

He’s gotten to the point now that his ambition has taken him on another journey. As if he wasn’t accomplished enough the self-made man has now started his own aptly named clothing line called “Chip Bully” clothing. If you haven’t seen the gear as a poker player by now then you don’t play much, because it’s everywhere. People Instagram photos wearing his gear all the time and they love it! He’s continually selling out and working on numerous expansion plans as well. 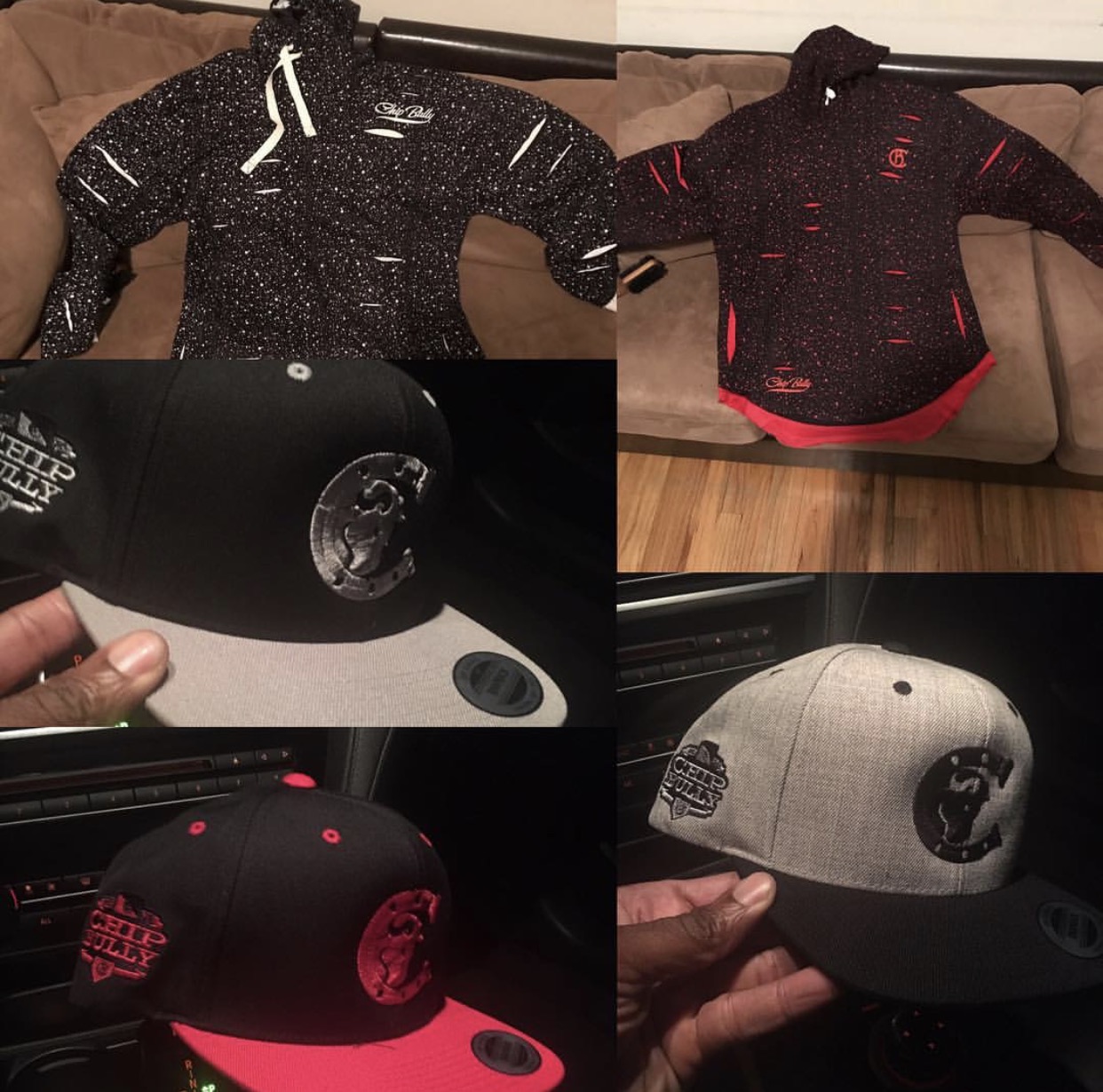 Go to chipbully.com or by clicking on my banner above this blog and you can get 10% off your purchase too. Safe to say I love the gear. It’s fresh, it appeals to poker players all over because god knows we all want to be a chip bully, but it also appeals to anyone wanting to just work hard and hustle. It represents hustlers and determined individuals who really want to live that life no matter what they’re pursuing!

His t-shirts, hoodies and hats continually sell out and start at the $25 range and go up from there and he’s got more designs on the way so be on the lookout for them coming soon! He wants to globalize the brand into much more than poker gear but more of a lifestyle, and with his ambition I’m sure he’s got a bright future ahead of him.

When Joe described himself to me as ambidextrous he was correct! You never know if he’s coming from the right or the left but be sure he’s coming! When Joe isn’t playing poker he’s basically hanging out with family, sleeping or traveling to play another poker game. You can and should follow him on Instagram with his handle “joeblack357” and for gear updates follow his Instagram “chipbullybrand” and the hashtag #mystoryisreal for a great follow.

He’s a very humble, down to earth guy who is easy to talk to and can always be found playing poker somewhere. I’m sure he’ll turn up in one of our Instagram specials soon!

After talking to Joe it’s clear there is no limit to the talent this man has and his ambitions are only growing. Well into his 40s, he’s got a lot to look forward to and I for one am going to be right there watching him grow and accomplish everything he sets out to do! We’re all betting on you Joe!