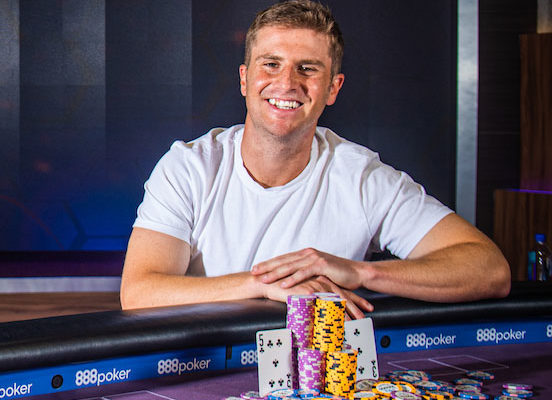 The long-time tournament pro added the title to his already impressive resume, which includes a gold bracelet playing six-handed no-limit Hold’em at the 2019 World Series of Poker.

It was all smooth sailing for Isaac Baron over the two-day tournament. He said this event was unlike most tournaments he’s played in his life. “There were obviously some small dips along the way, but in general it was a straight-up trajectory and a really smooth tournament for me.

“It’s been amazing playing at the PokerGO Studio. This is the nicest place I’ve ever played poker. The whole setup, the dealers, the free food, it’s tough to beat. It’s great.”

Baron then found aces to knock out Sam Soverel as the High Roller of the Year leader’s pocket eights did not find any help. Soverel took home $77,600 for his fifth-place finish. Jeremy Ausmus was next to bust when he shoved all in for 9.5 big blinds with Qx-7x. In this blind battle, Baron called from the big blind with Qx-9x and his nine proved to be decisive at showdown. Ausmus collected $97,000 and a fourth-place finish.

Ralph Wong busted in third place for $116,400 when he was unable to hold up with Kx-9x versus Baron’s Jd-6d. Baron hit a jack and sent Wong to the rail to begin the heads-up battle against Chance Kornuth with a massive chip lead.

On the first hand of heads-up play, Baron shoved with 5c-3c and Kornuth called all-in for 10 big blinds holding Ax-9x. Despite Kornuth’s advantage, Baron won the hand by spiking a three to end the tournament. Kornuth collected $164,900 for his efforts while Baron took home the top prize of $223,100.