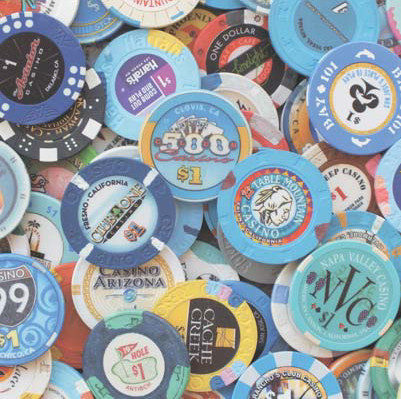 Thunder Valley Casino and Club One Casino just finished up their excellent tournaments with the Heartland Poker Tour. They were so successful that the HPT is coming back to both locations in January and February respectively.

Add to these the Bay 101 Shooting Stars in March, Elk Valley Casino’s $45k Poker Stampede in January, Capitol Casino’s monthly second Saturday Deep Stack tournaments, the conclusion of the Grinder Poker Series at Turlock Poker Room, a Toys for Tots event at 500 Club Casino in December, WSOP satellites kicking off at Aviator Casino in January, and all kinds of special events held with regularity at Lucky Derby Casino.

With all these special events occurring throughout Northern California, it’s a wonder your humble Ambassador gets any sleep at all. With that goal in mind, I stuck close to home for this issue’s report, but still managed to get in plenty of poker and have a great time.

During the NFL season, Monday nights are a great time for poker players to go to Table Mountain Casino. In addition to their Progressive Bad Beat and Royal Flush jackpots, they also offer a high hand bonus, aces cracked, and Touchdown Splash Pots. Whenever a team puts up six points during the game a random table is selected and the pot is duly splashed.

I was there for a recent Monday night and started off in their regular $2/4 limit game. It wasn’t long though, before we got a $1/3 no-limit game going, just in time for the football game. Needless to say I didn’t hit one of the big jackpots, nor did I ever get my aces cracked, but my table did get splashed a couple of times and I was (albeit all too briefly) up for high hand for a while.

Action at the $1/3 table was pretty good and, along with a nice table-side meal, I managed to come out just enough ahead to make me feel better about not hitting the big jackpots or scoring the splash pots.

Always looking for something new, I was pleased to see that the 500 Club has added a regular “ante only” tournament to their schedule on Mondays at 10:00 a.m. They had a special $500-added evening version in October and I managed to get over there to give it a try.

I found the format interesting: With each level the antes go up, but there are no blinds. There is a minimum bet (bring-in) before the flop, so there’s no checking. You either bring it in, bet more (it’s no-limit after all), or fold. After the flop you can check or bet.

The pots get bigger a lot earlier in the tournament, which increased the action as players opened up their hand ranges. It was quite a bit of fun and I would encourage those looking to expand their repertoire to give it a try.

In my never-ending quest for cheap, quality meals I have also been sitting in their cash games to take advantage of their excellent $1 players menu. They’ve got a fried chicken and pilaf dish that I can’t seem to get enough of (among many other options).

Sometimes it turns into an expensive $1 meal, but overall I’m doing all right over there. The $4/8 kill game can get quite juicy and I’ve held my own in the $1/3 no-limit game. I recently tried stepping up to their $20/40 limit game and while I had one win and one loss which pretty much cancelled each other out, I think I need to stick with something in between the two limit games. I’d love a game of $10/20 but can’t remember ever seeing such an option anywhere, the closest being casinos with $8/16.

I couldn’t resist taking a few (three) stabs at the satellites for Club One’s Heartland Poker Tour Main Event, as well as playing in a couple of the preliminary tournaments. That certainly wasn’t my week for tournament poker as I was unable to find any traction at all.

The only exception was the first event, a deep stack Hold’em tournament with a $200 buy-in. I made a nice, deep run, but when we got down to two tables I suffered one suck-out after another until it was shove-or-fold time. I shoved, needing a suck-out of my own. It was not to be and it was all downhill after that.

The good news, though, was since I needed to stick around to check on the HPT action, I hit the $1/3 no-limit games pretty hard and managed to pay for the week’s tournament entries with a little left over to spare. I also enjoyed the new $1/3 format better than their old $2/2 structure. I’m not sure why, but it just seems better.

Speaking of better, they’ve made some nice improvements over at Club One. All of the tables have nice, new felt on them. All of the chips are brand new too, including the tournament chips. They look nice and they feel nice. (Okay, chips in your hand always feel nice.)

They have remodeling plans that are set to kick into gear soon which should give the place a more open feel with better lighting. I, for one, am looking forward to seeing the “new” Club One when they get it all done.