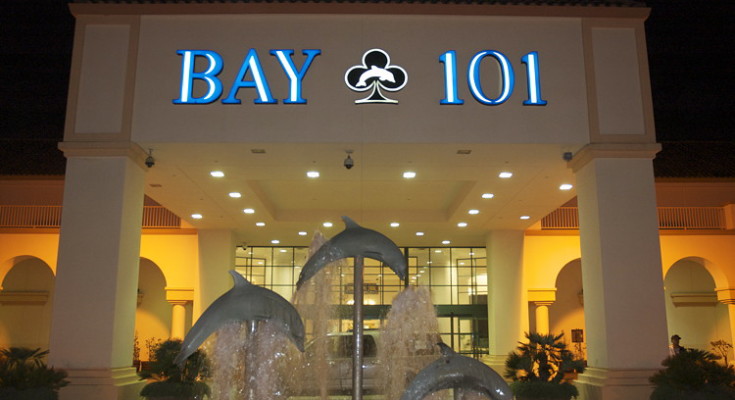 During my initial visit to Bay 101 back in 2006, the first thing that struck me was the size of the place. The parking lot was full and the building was large. “Spacious” is the word I remember coming to mind. I was there to meet Tom Bowling, the Operations Manager who, upon seeing me for the first time, said, “You’re not from around here, are you?”

Ol’ Tom was quite the comedian when it came to my casual attire, but I can forgive him because he was also the guy that placed the very first ad for Bay 101 in our paper. I will never forget something else he said, “Bay 101 likes to support small media, but you have to EARN your spot.”

At first glance it would be easy to assume that Bay 101’s roots go back to 1994 after acquiring the gaming license from Alviso’s old Sutter Club (located along Hwy. 237), but the reality is those roots go back a lot farther than that. While Timothy Bumb currently oversees casino operations, his brother, Brian Bumb, oversees the original Bumb family enterprise that came before all the others. It is the business venture that the family is most proud of—the one and only San Jose Flea Market. 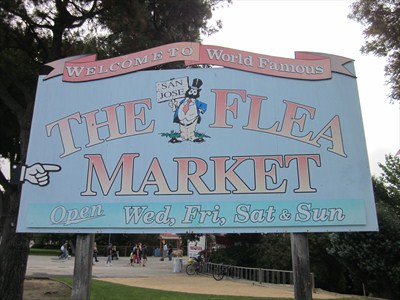 Originally located on an abandoned feedlot surrounded by orchards on Berryessa Road, George Bumb, Sr. first opened the gates in March of 1960. His original vision was to find a way to re-purpose/re-sell all of the incredible salvage items he came across in his landfill business. With only $7,000 to spend on his start-up, George, Sr., brought life to his vision by creating a place where local entrepreneurs could start their own small businesses and let the neighborhood reap the benefit.

George, Sr.’s grand opening had 20 sellers and about 100 customers on that first day. There was exactly one restroom and one snack bar on the original 35 acre parcel. Thus, the San Jose Flea Market was born!

Fast forward to today when The Flea Market averages 3,000 sellers every week and offers an array of 16 different snack bars, street vendors, and sit-down restaurants. That doesn’t even count another 30 food and beverage carts that rove the property and were specially designed by the Bumb family. George, Sr.’s little venture keeps his son Brian quite busy these days running the vastly upgraded 110 acre facility that now hosts 50,000+ visitors a week. That’s more than three million visitors a year.

According to their press release the business grew “from its initial handful of family members and part-time employees … to encompass 300+ service employees … along with a direct Flea Market staff of 125 people who work in management, construction, food service, and maintenance.” Those 425+ jobs are nothing to sneeze at (especially when you add them to another 700 jobs created by Bay 101 Casino).

According to John DeTar, marketing director for The Flea Market, “One of our biggest attractions is the Farmer’s Market.” At over a quarter mile long it is considered the busiest outdoor food and vegetable market in California. TV’s Fresh Grocer, Tony Tantillo, speaks highly of this produce smorgasbord because there are a lot of things “that you can’t find anywhere but at The Flea Market.”

DeTar also points out that the “people who gain the most from The Flea Market are often those in the greatest need. We provide a vehicle for people to pull themselves up by their bootstraps, a way for them to test the waters, to experiment in business, to learn and prove themselves, and their ventures grow from there. It’s probably the only place in the country where you can start your own business for less than $25.”

Now, when I look back on that comment made by Tom Bowling—the one about earning your spot—the smell of those blue collar roots makes a lot more sense. That’s because the same blue collar family whose progeny developed Bay 101 got their start at an old, abandoned feedlot surrounded by orchards on Berryessa Road.

Is there anything that they can do for an encore? The answer is a resounding “yes.” Advertising director for both Bay 101 and The Flea Market, Rich Alvari, tells me that Bay 101 is moving into a brand new building on North First St. in San Jose. “We are expecting to start preparing the property that will host the new Bay 101 in early November. We are hopeful that the new casino will open approximately September 1, 2017. The new Bay 101 will be slightly larger, more modern, and will have a better layout for gaming floors. This will give us a lot more flexibility should we ever get the opportunity to grow our business. The new Bay 101 will also provide customers a significantly improved restaurant experience.”

Meanwhile, the Flea Market is getting ready for the opening of a new BART station that is being built right next door. Mr. Alvari states that “We will actually build a new entry into the Flea Market for the BART riders. Access to the Flea Market via BART essentially connects us to the whole Bay Area. It should be a nice boost for our vendors.”

This is great news for a business that is celebrating its 55th anniversary. Those 3,000 weekly sellers are licking their chops in anticipation of the thousands of new BART riders stopping at the Flea Market Station everyday. Undoubtedly, so is the city of San Jose, which will see a substantial increase in tax revenue from all the new activity.

Between creating a new and improved casino and attaching a BART station to the Flea Market, it will be interesting to watch how things unfold in the coming years. I’m rooting for the Bumb family. They have definitely earned their spot.

Previous PostStones Gambling Hall: for the passionate card player Next PostMaximizing Your Hand