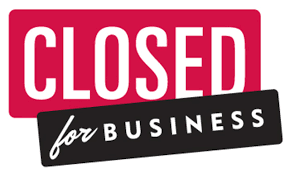 In the last issue of The Cardroom we reported that Casino Royale in Sacramento and Chukchansi Gold Casino in Coarsegold had both been closed by regulatory bodies.

Casino Royale’s closure happened when the California Bureau of Gambling Control found that they did not have “sufficient funds to cover the chips in use ….”

Chukchansi was closed when competing factions within the tribe came to loggerheads and it culminated in an armed incursion into the casino by one of the groups. They closed that evening and were ordered by the state Attorney General’s Office and the National Indian Gaming Commission to remain closed. Five days later a U.S. District Court judge confirmed the “temporary” closure.

It’s been over two months now after the doors were shut at Casino Royale and a re-opening doesn’t appear to be coming any time soon. Lawsuits are flying back and forth between the cardroom’s owners as well as between the cardroom and the Red Lion Hotel where it was located.

The hotel’s owner has stated his intention to replace Casino Royale with a restaurant and a night club.
In the three months since Chuk­ chansi’s shutdown not much seems to have been accomplished and the “temporarily closed” sign is still there on Highway 41. A phone call to the casino gets only a lengthy recorded message apologizing for the closure and assuring callers that hotel reservation refunds will be made along with payments for chips and machine receipts.

The message also states that they will have win/loss statements available to their customers in time for tax season. At the end of the message the phone call is disconnected.