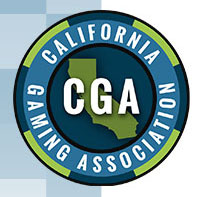 On June 18 the United States District Court dismissed a lawsuit filed by three California Tribes against the State of California and Governor Newsom. The suit sought to force the state to shut down lawful cardroom games like blackjack and baccarat claiming tribal exclusivity of them, but in its ruling, the court ruled that the tribes’ compacts did not give them the exclusive rights to these games in California. Previously, four California Court of Appeal decisions have ruled that these cardrooms may operate nonbanked versions of these games, and for decades, cardrooms have offered these games with specific approval of the Attorney General without harm to or complaint by the public.

“We are pleased that the Court dismissed this lawsuit by these California tribes against the State of California over alleged violations of their tribal gaming compacts. The federal court ruled that the compacts do not give the tribes exclusivity over gaming in California. This litigation was an attempt to eliminate competition from local cardrooms, threatening thousands of California families and dozens of communities statewide.

“We will continue to oppose specious tribal attacks on our industry, employees and communities. Tens of thousands of Californians count on cardroom living wage jobs to support their families, and dozens of communities rely on the tax revenue we generate to support vital public services. We will not stand by quietly while wealthy tribes try to misuse court resources to hurt our employees, their families and our communities.”

For more information about the California Gaming Association, go to www.calgaming.org.