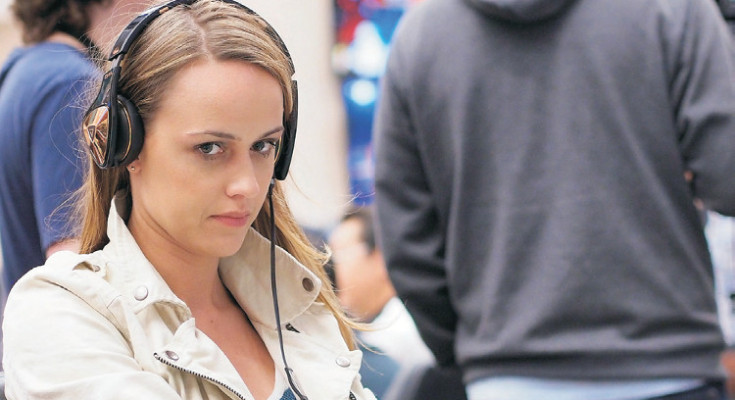 Collins named one of WPT’s “Ones to Watch”

Arnold WarnerMar 10, 2015March/April 2015, WPTComments Off on Collins named one of WPT’s “Ones to Watch”

By Arnold Warner
For the last five seasons the World Poker Tour has selected a handful of young poker players and featured them in entertaining and revealing segments both in and out of the poker room. They call it “Ones to Watch” and among those selected for Season XIII is Redding’s Candace Collins.

Born and raised in Utah, she moved to the small mountain town of Graeagle north of Lake Tahoe with her family when she was 16. After high school she moved to Redding where she worked an office job for five years. Then she capitalized on an opportunity to invest in and run a startup chain of frozen yogurt shops. After building them up for a few years she sold her shares to start her poker career.

When asked how she got started with poker she said, “I played recreationally online and with friends and family. I always loved playing cards growing up but hadn’t played poker until I was 18.  Overall just the competitive aspect of the game became addictive. It’s a sport where strength ­doesn’t matter. In most sports that isn’t true. I could never play golf, baseball, football or basketball with the best male or female athletes in the world. But in poker, I can play with Hellmuth, Negreanu, Selbst and more. It’s amazing when you think about it.”

Elaborating on her early poker experiences she added, “I started out playing low stakes online. It took me a couple of years to get up the courage to play live.  The thought of playing personally with humans intimidated me a lot. Some co-workers had been talking about going to Win River and playing tournaments on the weeknights after work. I eventually mustered up the courage to get in and try one.

“It just so happened I took first place in that one and final tabled the next evening. From that point I started studying up the game even more. Reno had some tournaments that I would drive to play every once in a while, as well as Thunder Valley Casino. During this period though, I was a professional workaholic. I’d play these tournaments just as I had time in between work.”

Fast forwarding about five years, she sold her shares in the frozen yogurt shops, then “Last January I played my first Heartland Poker Tour event followed by the 2014 LAPC [Los Angeles Poker Classic at the Commerce Casino], my first WPT event. This was the time I kicked into a new level of seriousness.”

Immediately after the LAPC, Collins went to the Bay 101 Casino in San Jose for the WPT Shooting Star where she made the money, coming in 14th place for $39,800. “After cashing in the WPT Shooting Star event I decided to fully immerse myself in the poker world. I have learned so much about poker in the last year than ever before. I am a laser-focus type personality, when I set my mind on something I go at it with 100 percent effort.”

When asked how she was selected to be included in Ones to Watch she said, “I think they chose me because I was making some deep runs and was a new face to the tour. WPT does a great job of selecting players that they see as having potential but haven’t quite made that big score. My reaction was pure enthusiasm and some nerves! I was so flattered and honored to be picked.”

Commenting on Collins, WPT president Adam Pliska said, “Each season, the World Poker Tour aims to select a diverse group of young up-and-coming players that we feel have the chance to redefine the sport over time. Candace embodies the BLUFF.com WPT Ones to Watch spirit with her entrepreneurial drive, focus, and abilities at the poker table, and joins a solid historical roster of top professionals, including Jason Somerville, Jason Koon, Shaun Deeb, Maria Ho, David Sands, Joseph Cheong, and Jason Mercier.”

“WPT may be putting a clip in of me at the shops, stay tuned for future episodes!” Collins added in a shameless plug for the show and her segment.

When asked if she thought there were any big benefits to being in Ones to Watch she said, “I am not sure there is a competitive advantage but there is a great social advantage. I meet many players that have seen me or played with me for years and now they come up and start a conversation about the Ones to Watch. I have met some really great people including dealers and media since the segments aired. I have also been approached to be sponsored by a few companies. I’m really honored, but none of them are a good fit yet.

“It’s also great that some of the pros take the time to give me advice or opinions. I think people recognize that I am starting my career a little more in earnest and are eager to help. Anthony Zinno from the very beginning always has a kind word and spot-on advice. Matt Salsberg is someone that I can vent to and get advice from. If he doesn’t make me laugh too much, I listen to his advice.”

She has also been very proud of her results so far. “In 2014, my first season playing full time, I set a goal to become GPI [Global Poker Index] top 10 female player in the world and ended in 11th. I also set a goal to be ranked 300 overall male/female nationally. My result was 223. Money wise, I was very happy with my results and will strive to do much better this year.”

Asked about her goals for the future she said, “My goals are to continue to travel and meet great people and support myself with poker. I hope to get a great sponsorship from a company that has the same views as me and wants to sponsor a female poker player based on personality. You never know—it could happen!”

In closing she had this to say about playing and learning in Northern California: “I absolutely love playing the Ben Erwin ran tournaments at Thunder Valley in Lincoln. In my home town of Redding, Win River Casino allowed me to play nightly $60 tournaments to learn and practice for years. I was fortunate to play those tournaments while working a job with a solid income, which gave me the goal to win for practice vs. needing the money. If I got to final tables I would not chop, so that I could gain practice with short-handed and heads-up play.

“I really hope small casinos across the north state that don’t necessarily have the ability to host large tournaments get their proper credit for helping thousands of players to practice every night. The other casino that helped me learn cash games in Redding is the Casino Club—a woman-owned business that taught me an incredible amount about cash play. It’s a small room that doesn’t normally have tournaments, but insanely big cash games. “I think that the social aspect of poker in Redding is amazing. People really become friends with the players and staff.”