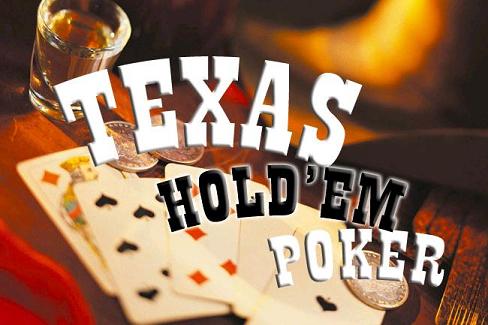 It can be extremely frustrating when you go for weeks without netting a win in cash games. I’ve known of players who have gone three, four, sometimes as much as seven months of grinding it out and not profiting a dollar at the end of each month.

I’ve seen the psychological toll it can take. It can be frustrating. It can seem unfair. You can be grinding a $2/5 no-limit live game for eight hours when a new player sits down at the table and in less than an hour of playing any two cards—BOOM!—they are magically up three times what they started with. Meanwhile you’re still stuck 40 big blinds.

You have those days where every decision, whether it is to bet, call, raise, re-raise, fold, or go all-in, is the right decision at the time. Yet you still take a higher percentage of bad beats than you should. Times like these can make players question their decisions and at times want to pull their hair out. It takes an incredible amount of discipline to get through this type of storm. But getting through it is a necessity if you want to insure that you stay in the game for the long haul.

Everybody—and I do mean EVERYBODY—runs bad from time to time. I don’t care how well you play. If you play poker long enough, you are going to go through short-term swings where you consistently get your money in the pot as a heavy favorite and lose anyway.

Anyone who says that they’ve never lost playing poker has either: a) played poker only once in their lifetime, quit while they were ahead in that session, and never played again; b) never ever played once in their entire lifetime; or c) is lying. There are those days that it seems that no matter what you do, you can’t come out on top at showdown.

Poker has an anomaly to it called variance which is something that can make luck the king of the game in the short term. For example, let’s say that you play five days a week, 8 to 10 hours per session for a month. Over that course of time you get pocket aces 50 times. In that time frame, you only win 15 of those hands at showdown, some of them to horrendous play by your opponents.

After this type of losses I hear many players say things like, “This is why I hate aces. They’re constantly getting cracked.” Does this mean that having aces pre-flop is unprofitable? Absolutely not. To even suggest so would be completely ludicrous. It just means that the short-term variance in that time has been working against you.

Over the course of the thousands of times that you will get aces pre-flop, you will still win a majority of the time when the hand is played correctly. Over the long haul, the short-term variance will be erased by your correct playing of multiple hands. The first key to combat the short-term bad luck is to make sure that you continue to play correctly. Don’t make drastic changes to your game. Just because you see an opponent play 8-3 offsuit and win with a one card straight does not mean that you need to imitate that same behavior.

Too often I see players take a bad beat or two from one player at the table and will start playing hands that they ­shouldn’t. The only reason that they are playing these hands is because their bad beat adversary is in the pot. Don’t focus on just one player at the table. There are seven others besides him or her that you also have to beat. Stay within your game and the short-term variance will balance itself out.

The variance that a player can experience leads to my second point: Don’t let yourself get frustrated. This is more difficult than it sounds because all of us have watched an opponent scoop a limit game pot worth 30 or more big bets or a no-limit pot worth 50 big blinds or more with a hand that didn’t make any sense to play pre-flop. You have to let yourself remain emotionless and indifferent when you see this type of play. Loose action games are known for having players who are notorious for taking bad pre-flop hands and weak draws much further than they should.

When they get lucky on you (coupled with you being on a downward swing) it’s easy to get tempted to play similar junk hands. You want to be in a game with a lot of action. You just have to make sure that you don’t get as loose and reckless as the rest of the table. If you start to play the same types of bad hands that your opponents are playing, you’ll be at risk of eroding your chip stack and eventually, your entire bankroll.

Taking a break for a period of time to re-analyze your game, re-analyze the hands that you played, why you played them the way that you did, how you lost, and why you lost can be one of the best self-training efforts towards getting you back on track. No one plays perfect poker all of the time (I don’t care how good a poker player they think they are).

A few things you may discover during your break are: 1) you played some hands that you shouldn’t have, 2) the hands that you did play (that were correct to play) you didn’t play as well as you may have thought; and 3) there may be leaks in your game that your opponents have been exploiting. Sometimes it’s just good to take a little break from the game in order to give your brain a rest.

Losing streaks of some sort happen to all players. How long they last and the overall impact they have—that’s up to each individual player.