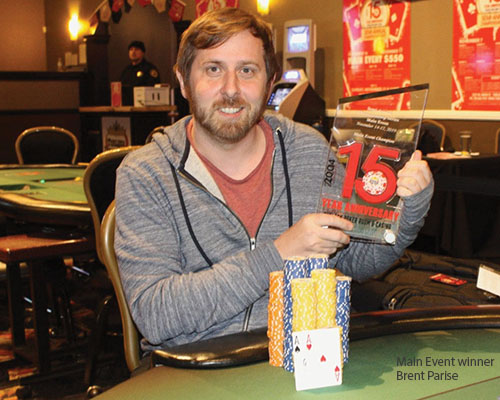 With his 16th-place finish, David Covarrubias defended his series title from earlier this year, becoming the first player ever to win back-to-back Championship Player of the Series ­titles. Covarrubias earned a complimentary entry to every Turlock Poker Room tournament from Dec. 1, 2019 through May 30, 2020.

The Player of the Series race is always an entertaining one, and this series was no exception. Seven players were still able to earn the title going into the Main Event. Covarrubias earned the title by just one point over Ken Kajioka.

Covarrubias won both Wednesday tournaments—the $125 Omaha 8 ($1,065) Event #8 and the $125 Mexican Poker ($480) Event #9 to move to second place in the Player of the Series race, leading to his one-point victory over Kajioka after the Main Event wrapped up.