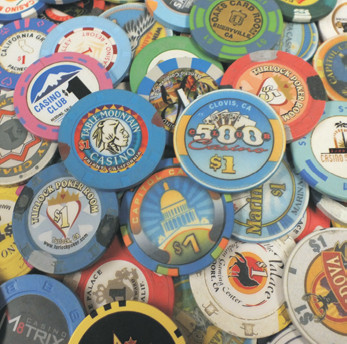 By Randall Rapp
I’m asked a lot at poker tables what I think of some California politician’s efforts to join Nevada and a couple of other states in having intranet poker. I must confess that I don’t follow all of the political machinations as closely as I might, mostly because I find it depressing to hear about so much of it.

I mostly find it depressing because something I think should be simple is made into a complicated brouhaha of regulations, restrictions, backroom dealing, and nanny state shenanigans.

Here’s the short(ish) version. If we’re grown ups we should not be hindered by a government that thinks it knows better than us what is good for us. Notice I say “hindered” and not “permitted.” I resent the implication that they “permit” me to do anything. Therefore I should be able to play all the online poker I want to. End of subject.
But first the federal government pulls their UIGEA and Black Friday stunts because we might do something naughty with our own money. Then we’re forced to stand by as politicians and power brokers within certain states (especially ours) figure out a way to let us do what we want without offending the feds or the moralists or the use-the-government-to-protect-my-competing-business-interests-ists.

So they bicker and wheel and deal and nothing seems to happen. For several years now they’ve had intranet poker bills floated in California and none of them have yet to come to anything. I’m sure that it will be the same with the current legislative session.

Meanwhile, if you want to play poker (or other games) online, you’re still stuck waiting for nanny’s permission.
500 Club Casino
Clovis
I had been sitting there playing $4/8 Omaha Hi-Low for about half an hour when they made an announcement that because it was Chinese New Year’s they would have some special things going on that night.

I must confess that I had no idea it was a holiday, not out of cultural insensitivity but rather a basic quality of cluelessness. I sure was glad that I made it in though, because it was a special night indeed.

After about an hour of treading water in the Omaha game I took a seat at $4/8 Hold’em when it became available and things took an upswing. In addition to scooping up some large pots I was treated to a very entertaining troupe of Lion Dancers who made their way between tables and through the room. The drums were a bit loud for these old ears but it was still a lot of fun.

They then opened a free Chinese food buffet for all players which proved to be very enjoyable as well—and at a price no one could argue with! Then they went around the room distributing red Lucky Money envelopes to all the seated players.

To sum it up: entertainment, free food, free money, and big pots coming my way. It was definitely a superior night at the 500 Club.

Table Mountain Casino
Friant
Only about a 20 minute drive up the hill from Fresno, Table Mountain Casino is another great place to play in the Central Valley. Of course, in addition to their fine poker room they also have the full array of table games, slots, bingo, restaurants, etc.
I made my way up there on a Thursday night to take a seat in their $65 tournament. Arriving a couple hours early (my excuse being to beat the traffic, but really the traffic is usually never all that bad) I took a seat in their $2/4 Hold’em game.

I’m not really a fan of $2/4 but I decided it sounded more to my mood than the other options and sat down with a plan. It’s real easy to play too many hands and stay in pots too long in any limit Hold’em game. It’s especially easy in $2/4. If you’re not careful you can donk off just as much as you might lose playing tighter in a $4/8 game.
So I decided that I would take just the opposite tack. It’s not that I wouldn’t continue to play a fairly wide range of hands, but if my instincts and the board texture said I was beat then I would fold. None of that putting in a crying call hoping I was wrong.

Funny thing was it worked pretty well. I saved several big bets by folding hands that were obviously beat, even if I was getting about 20-to-1 on a call. Those saved bets add up, just like the experts tell you that they do. Heck, who knew?

When it was time for the tournament to start I was up about $60, not too bad in a $2/4 game. Plus it helped take the sting out of the way the tournament ended for me. The blinds had climbed pretty high so that all but a few were effectively playing short stacks.

It was folded all the way around to me in the small blind and I looked down at A-Q, the biggest hand I had seen for two or three orbits. I raised to three times the big blind. The big blind tanked for a few minutes then called. When the flop came with a queen and two small and suited cards I shoved for about three-quarters of the pot, not wanting him drawing to the possible flush and straight (or even two pair). Once again he tanked for a minute or so then made a “what the hell” call.

The fact that he had just doubled up probably contributed to his apparent lack of respect for his chip’s value. Anyway, he showed his 10c-6c—a terrible hand to have called with preflop—and which of course matched up with the two clubs on the board.

So I’ve got top pair, top kicker and he’s got a mediocre flush draw with no pair. Seems to me he should have folded after the flop based on pot odds. After all, I could have been betting the superior flush draw. Then again, I guess if you call preflop with that hand and you see two clubs on the flop that’s pretty much what you were hoping for and in a tournament like that there’s no way he folds.

To keep a long story from getting any longer, the turn was inevitably a club and I was out. But I took away a small lesson from that last hand in the tournament and a big lesson from the $2/4 game. When you factor those in with the nice atmosphere and friendly service it was a nice night to be at Table Mountain Casino.