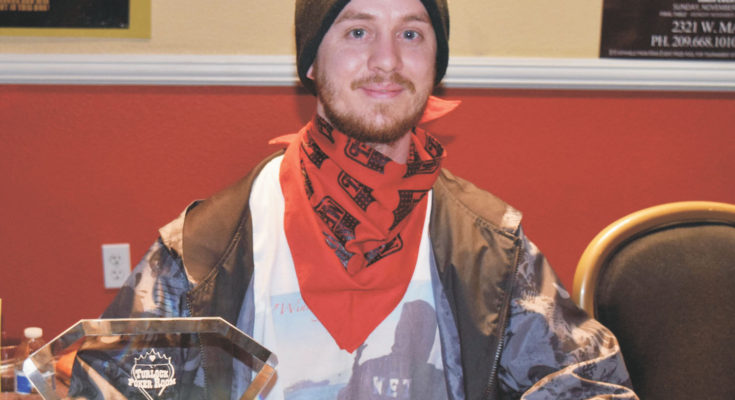 Dudek picked up $15,317 as the final group of players agreed to an ICM chop to close the tournament. Steven Geralis of Stockton took second for $15,224.

Players from across the Central Valley came out for the $550 tournament. The 268 total entries created a $129,980 prize pool, with 36 players earning money in the Main Event.

Defending champion Rafael Gonzalez made a run at going back-to-back but was eliminated in 16th place this year.

The annual 10-event Championship offers a Series Champion title for the player who finishes with the best results in the 10 tournaments offered during the championship. 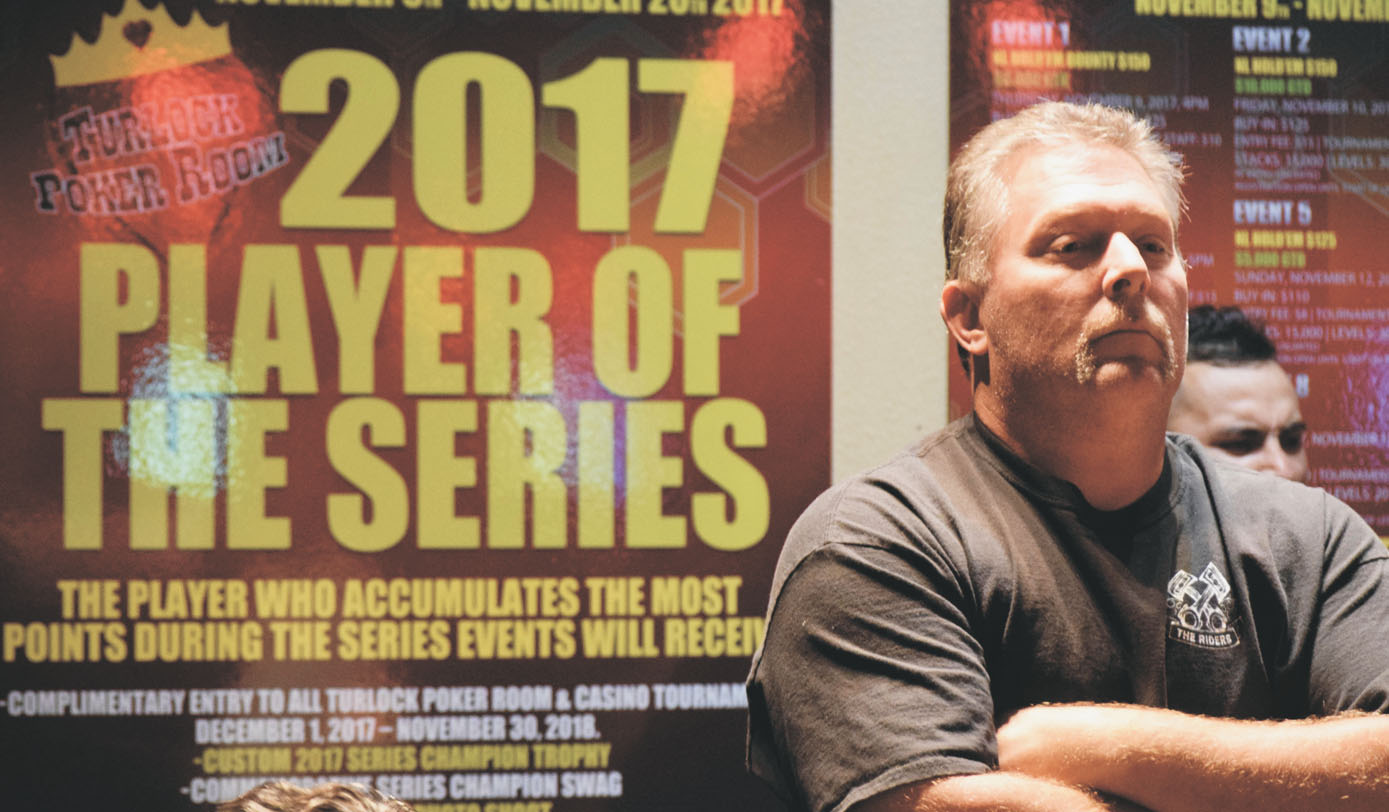 Jobe did this by winning Event 1 ($150 with $25 Bounties), coming right back to win Event 2 ($150 Hold’em), following that up with a second place in Event 3 ($200 Monster Stack), pretty much eliminating the rest of the players by that point. He locked up the title by taking down Event 9 ($115 with $50 Bounties) for his third series victory.

Here are the individual tournament winners from the 2017 Turlock Poker Room and Casino Championship Series.