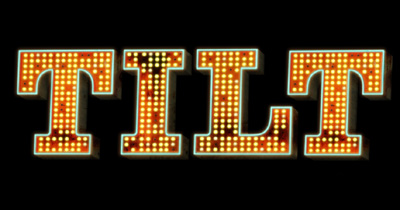 Exploring the dangers of tilt

You’re in a $2/5 no-limit game and have $400 left behind you. There is currently over $400 in the pot against two opponents and you’re sitting on pocket aces with the river card to come.

The board shows Q-10-4-6 with no flush draw. The river is a deuce. You bet $150 to get paid off. Everyone folds except the last player to act who calls. You turn your hand over figuring to have the winner and see that your opponent has called you down with 10-2 off suit. He has hit a miracle five-outer to take the pot from you. 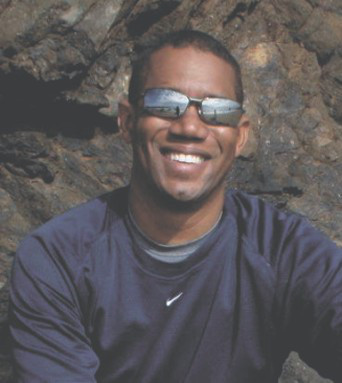 The steam begins to plume out of your ears. You begin to think to yourself, “I can’t believe this so-and-so called me down with that hand. That was my pot. I swear, I will get this guy back if it’s the last thing that I do tonight.

You’d better watch yourself if you find you are in a situation like this (and every poker player has at one time or another). If you don’t, you may not even accomplish your task of getting even with your opponent and may be on your way to blowing off every chip that you have left in your stack.

You may start making plays you know that you shouldn’t in an attempt to “show him who’s boss.” The thought process is bad enough. When you make plays that act on those thought processes you are on tilt, and it can destroy your entire stack, and if not corrected, your entire bankroll.

I have heard many comments and questions from poker players on the subject of tilt. Many have their own definitions of what tilt is. Some people wonder how to know if they are on tilt and, more importantly, how to avoid it.

Because tilt is a multi-layered monster it’s vitally important to understand what it actually is in order to combat it. Many of us think of tilt as a player steam betting or raising after losing a big pot to a suck out, berating a bad player at the table for their horrible play, or foaming at the mouth and wanting to shred the dealer to pieces because they can’t win a pot. But none of these things are tilt.

These actions, attitudes, and emotions are all the fruits of tilt. Being upset and being on tilt are two different things. A player can be upset after losing a huge pot to an opponent’s terrible play, yet still go on to make the correct decisions on the very next hand. At its core tilt has a very simple definition: It is the act of playing worse than what you are capable of. In other words, if your play has deteriorated in some way where you are no longer playing your “A” game, you are on tilt. You can slice it, excuse it, angle it anyway that you want to, but if you are knowingly playing worse than what you are capable of, you are on tilt.

Being on tilt does not necessarily mean that someone is playing badly. Many poker players are bad and it’s not because they are on tilt; they are bad players because they don’t know any better. They don’t play on the same skill level as others and they chase far too many hands to the river just to get lucky.

To be on tilt means that you have made a decision to play a hand or make a bet, call or raise that you know isn’t profitable. For example, you’re in a $15/30 limit game that has been loaded with action all night long. You have been playing for over three hours. You bought in for $900 and are currently down $300. A loose player at your table seems to be winning every single pot with horrid hands and is sitting on just over $2,000. The “loose cannon” raises in middle position and the action comes around to you and your 10-5 off suit.

You decide to call just to see what happens on the flop, hoping that he has a big hand that you can break and get back at him a little bit. A fairly skilled player would know that this call has little to no value going to the river. It’s a call that they should not have made in the first place. In fact, let’s call it what it really is: a stupid call with an ugly hand. (Some of you were thinking it. I can take the heat for actually saying it.)

I have heard many players mention how a certain hand or the play of a particular opponent has put them on tilt. Their comments will be along these lines: “If that card on the river hadn’t been that suit …,” or “How did he call that big bet on the turn for a four outer?” or “That player is such a moron. I know I am a better player than him,” and the one all of us have said at one time or another, “He called pre-flop with that hand?”

These situations and the loss of a huge pot causes them to play worse than they are capable of. When they go broke and storm out of the casino swearing that they have had it with the game of poker they should turn their focus back to the individual instances that made them have a bad night.

This may seem a little harsh but any disciplined player knows that if you go on tilt it’s your fault. No matter the results of certain hands; no matter how lucky someone else is; no matter what the overall results of everyone else at the table; no one forces you to go on tilt.

Nobody is completely immune to having their cage rattled from time to time. Because you are risking money when you play there are emotional swings that can get involved and cloud your judgment. You can’t let those emotions dictate your actions. Everyone tilts from time to time.

The measure of the tilt is what varies from those who are long-term winners to those who continue to struggle. When you realize that you have made a bad decision, you should catch it immediately and focus on not doing it anymore. The money that you lost at that particular moment is minimal in comparison to the amount that you could lose if you don’t recognize that your tilt meter is in the red zone.

It takes a tremendous amount of maturity and self evaluation to admit you have played terrible poker. If you are willing to hold the mirror up and face the fact that you have made, or are making, plays that you know that you shouldn’t, you are on your way to the curing tilt and being a long-term winner.