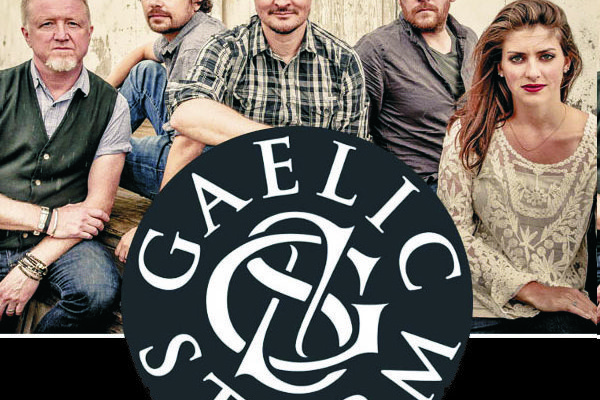 After nearly two decades and more than 3,000 live shows, Gaelic Storm—the chart-topping, multi-national Celtic band—is looking sharper than ever with their latest release, “Matching Sweaters.” The new album mixes traditional Irish music with modern influences, creating a sound that’s as wide-ranging as the band’s own audience.

From bluegrass fans and country cowboys to Deadheads, rock & rollers and Celtic fanatics, Gaelic Storm has built one of the most diverse fan bases in modern music. Matching Sweaters helps explain the broad appeal. Rooted in the songwriting of founding members Patrick Murphy and Steve Twigger, the album moves from drinking songs (“Another Stupid Drinking Song”) to energetic instrumentals (“The Narwhaling Cheesehead”) to rootsy pop/rockers (“Whiskeyed Up and Womaned Out”), gluing everything together with the spark and spirit of a band that’s spent close to 20 years on the road.

“We’ll push the envelope, then reel it back in, then push it again,” says Murphy. “There’s a lot of variety here, and that’s why we can play country festivals, bluegrass festivals and rock festivals, and still fit in perfectly with each one. We wanted Matching Sweaters to reflect that range, so people could buy the CD and hear everything we’re able to do in concert.”