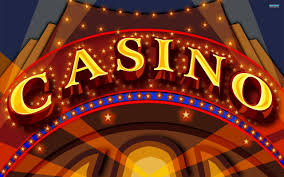 I’ve written on the topic of how loose games can be some of the most profitable to play in. Games that have a lot of action with players who misplay their hands after the flop can provide some of the greatest opportunities to increase your win rate.

The high potential of reward can bring the same high level of risk. Pots with multiple players seeing the flop, combined with two and three bets or more, can cause radical swings during the session, especially if you are someone who likes to play many hands.

One of the first things you should know before jumping into any game is what type of player that YOU are. We’re not worrying about the competition here. In our own egotistical way we already know that we can beat the game. After all, that’s why we’re playing, right?

But ask yourself: “Am I a rock, tight, loose, aggressive, passive, etc. Am I appropriately bankrolled, or playing with scared money.” These are some of the most critical factors that you need to honestly answer about yourself. If you get into a game that can play against your style of play or are insufficiently bankrolled, you can easily lose a lot of money.

Let’s say you walk into a cardroom and see a game that consistently has pre-flop raise action with five or more players seeing the flop. By showdown the pots are averaging 15 big bets or more for limit, or 30 big blinds or more for no-limit. It would be logical to assess that the game is a fairly juicy one.

But you have to ask yourself: “Is this a game that fits the way that I want to play, or that I would like to play? If I buy in for what I consider my table standard, can I deal with the swings that are sure to come in a game like this?”

I know a lot of players who have a very solid game. Typically after the flop, if they have a fairly strong hand, they play it in a strong manner. However, loose action games like the one just described are not largely advantageous to them.

Because their style is to play their muscle hands strongly, they also like to be able to maintain control of the pot—and the rest of the game too—as often as they can. In games where the action gets loose after the flop it’s very easy for hands to start getting away from them and they find themselves paying off hands at the river more often than they should.

This isn’t to say that a person should only play in games that are extremely tight (see my previous article “Loose games are the best games”). But if the game is wilder than what is suitable for you, ask for a table change. You can’t control the table you are originally assigned, but if there are multiple games going at the same stakes, ask for a table change when you see a game that better fits your style of play. It should be one that gives you a greater opportunity to win more money!

Previous PostRead with me … the good and bad! Next PostGarlic City: New site, new tourneys