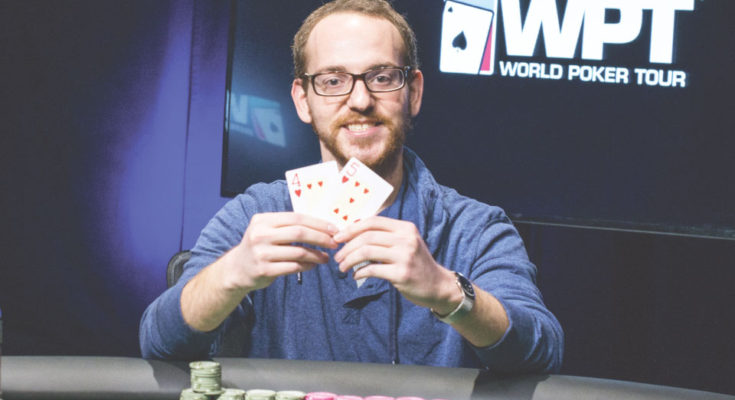 When Harrison Gimbel came in fourth place at the 2015 WPT Rolling Thunder Main Event at Thunder Valley Casino Resort, he undoubtedly had his eye fixed on improving on that finish the next time. That he did. After surviving a heads-up contest that lasted more than 100 hands he claimed the title this year, earning $275,112. 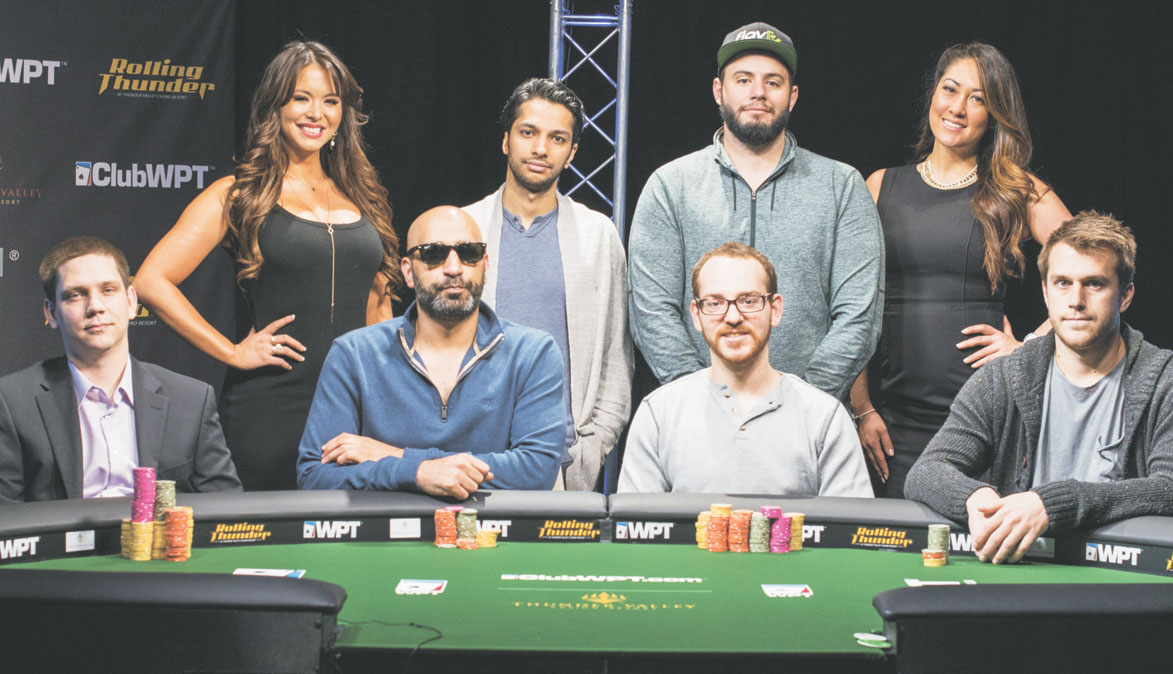 The final table of six players began with Russell Garrett, Gimbel, and Mohsin Charania each having more than 130 big blinds, followed by Markus Gonsalves (63) Hafiz Khan (38), and Derek Wolters (27). It took nearly 60 hands before they had their first elimination, when Wolters went all in on a board of 9h-8d-5s-10h holding Kd-10d for top pair. He was called by Gimbel with Jd-9c—second pair and an open-ended straight draw. A river 9d gave Gimbel trips, putting Wolters out in sixth place for $54,970.

Khan had worked his short stack for quite some time, but on hand 67 he moved all-in with 3h-3d and was called by Garrett’s Ac-Qd. The board of 7s-7c-5d-5h-9h counterfeited Khan’s pair, giving Garrett the win with an ace kicker. Fifth place paid Khan $68,712.

About 10 hands later Charania doubled up through Garrett, so now the three remaining players had relatively equal stacks. Over the course of the next 30 hands Gimbel began to pull away, mostly at the expense of Garrett. On hand 107 Gimbel min-raised and Charania called, after which Garrett went all-in. Gimbel folded and Charania called with 7-7. Garrett showed A-Q, so when no help came on the board he was the third-place finisher, good for $123,682.

Heads-up play began with the two having nearly identical chip stacks— Charania 6,165,000 and Gimbel 6,110,000. After about 50 hands Charania had pulled into the lead with more than two-thirds of the chips in play.

Gimbel then began to slowly climb his way back up, eventually taking over the chip lead on hand 190. Then things turned again and Charania worked his way back to two-thirds of the chips, until on hand 203 Gimbel doubled up with K-9 on a nine-high board. Charania had Q-9 and the two had effectively switched chip positions.

It took 32 hands of back-and-forth before Charania limped, Gimbel went all-in (with 5h-4h) and Charania called with Kh-Qh. It looked like another position switch was likely, but the board ran out Js-3s-2h-5d-5s giving Gimbel the victory and the $275,112 payday.

Two-time WPT champion Charania would have to wait another day to get his third title, but could content himself with the $192,132 that went to second place.