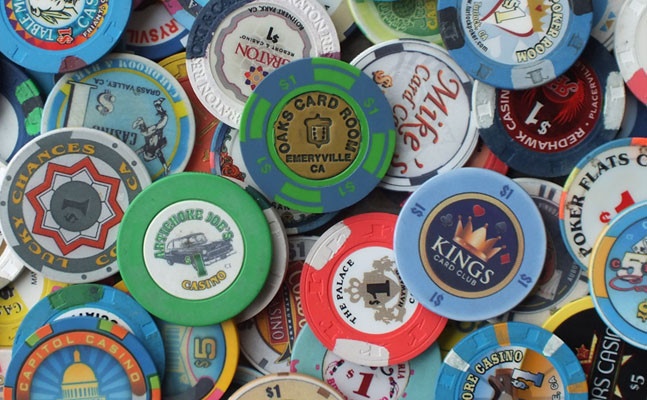 If you want to compare your poker life to a movie, it’s best if it follows a script like An Officer and a Gentleman (happy ending—poker is always about the happy ending) and not Fargo (pretty much everyone is dead, nothing goes right).

Unfortunately, my last ambassadorial adventure’s plot line clearly was more like The Good, The Bad & The Ugly. It started with a nice win, was followed by an equally unfortunate loss, and closed with a bankroll buster.

Hopefully next time my film will end more like The Shawshank Redemption. There may be adversity, but if in the end you escape and get the cash that’s a darn good show.

First up this trip was Artichoke Joe’s Casino. I hadn’t been there in quite a while and was curious to see if there had been many changes. Turns out it is pretty much the same.

As you walk in the main entrance you first go past their large Cal games area. There were lots and lots of tables and plenty of activity and action going on.

When I got back to the poker section they were playing $3/6 and $6/12 Hold’em and planning to start a no-limit game soon. I was more than happy to take an empty seat in $6/12 since that was my first choice.

It wasn’t really an action table, but I didn’t mind that at all. I like to start off slow and get a feel for the players before I wind up in a bunch of pots where the betting gets capped on multiple streets.

As the afternoon passed with a few ups and downs, my overall trajectory was upward. I decided sustenance was called for and ordered a delicious French dip sandwich at the table.

The pots continued to be (relatively) small, but I scooped enough of them to be up a rack of chips when it was time to go, and that’s pretty good.

That night I drove over the bridge to Emeryville for a Friday night visit at Oaks Card Club.

Sure enough the place was abuzz with action as nearly all the tables were going and they had lists for every game. I put my name in for several options and was pleased when I got a $3/6 seat after about 15 minutes.

First hand I was looking at pocket 7s, flopped a set and was treated to plenty of action. That pot was good for $80 profit, after which they called me for $6/12. I hate to hit and run, but that’s the game I wanted so I picked up and switched tables.

Now this was an action game with many preflop capped pots. I won a few and lost a few, but overall was doing well. I ordered an excellent ham and Swiss sandwich from their hofbrau menu and it lived up to its reputation.

Somewhere in there I was up close to a rack of chips, but it was early yet so I stuck around. There have been plenty of times where more has led to more and no reason this shouldn’t be one of them.

Looking back you can always see when the tide changed, but in the middle of it the signs are not so clear. When I went from being ahead to having lost my profits from earlier in the day I figured it was time to hit the road. (Not to mention it was quite late—or early—by this point.)

If only I knew exactly when to leave, the ending wouldn’t have been so bad.

It was a little out of my way, but I wanted to stop on the way home to see the new Kings Card Club in Stockton. I don’t know Stockton all that well, but it seemed to be in a pretty nice location with relatively new (or at least renovated) construction all around.

The façade of Kings Club was very inviting once I figured out that it shares a main entrance with the restaurant of the same name. Once inside I found it to be a clean, new, fairly small club. I didn’t do an exact count, but I would say they have three or four Cal games tables and a similar number for poker.

At the time they were playing $1/2 no-limit with a main game and a sparsely populated must-move game. I took a seat where we played from four to seven handed for about a half an hour. There were no really big pots, which was just as well for me because my hands were trending from bad to second best.

Several players must have left the main game, because four of us were taken over there at the same time and they were down to just one table. I continued to have no traction, but since I was folding almost everything it wasn’t costing a whole lot.

Then it was food time and I didn’t get any further than the appetizers where I saw chicken quesadilla … with bacon! I am of the opinion that bacon makes just about everything better and this was certainly true here. Best quesadilla ever (or at least on that day).

If only the poker would have responded in kind. I was on my third buy-in and we were playing four-handed again. I had already decided that either things were going to turn around or it was time to end the agony.

I was dealt A-10, raised and was called by the big blind. The flop was ace high and uncoordinated. I liked the look of things, bet and was called again. The turn looked like another brick so I bet and the big blind shoved. I had about $30 left in front of me and the pot was about $100. Folding was not an option, even though I new my pair was probably not good enough.

Sure as shooting, the guy had turned two pair with A-6. Another bad beat shot across my bow. I hated to break up the game, but your poor Ambassador can only take so much abuse at a time.

Time to go home and lick my wounds. That was ugly.