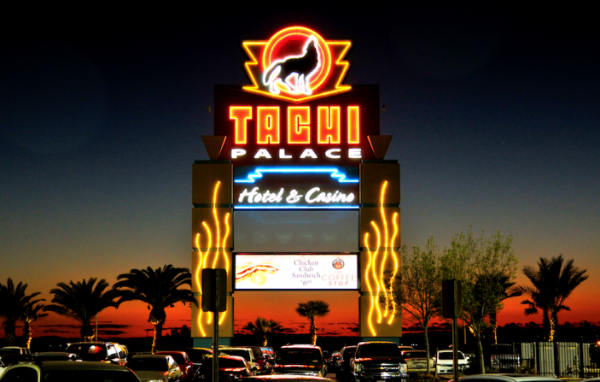 The CardroomJan 14, 2016Casino News, January/February 2016Comments Off on Gunshot victim gets help at Tachi Palace Casino

At about 7:00 p.m. on Friday, Dec. 4 a man in his late 30s drove up to the Tachi Palace Casino’s main entrance claiming he had been shot.

Casino officials called for an “active shooter lockdown” because they had no knowledge of whether the injured man’s passenger, who had entered the casino, was involved in the shooting.

Police wound up taking the man into custody as he was considered a person of interest.

The victim’s injuries were described as “moderate” and he was taken to Fresno’s Community Regional Medical Center.