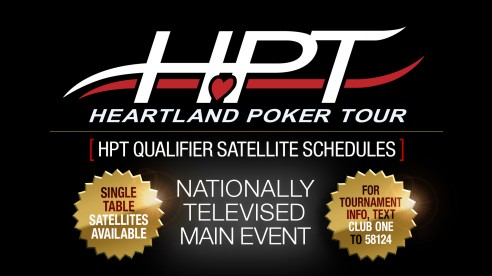 The Heartland Poker Tour wrap­ped up a hugely successful venture into California in September and October with stops at Thunder Valley Casino and Club One Casino; prior to that was the Commerce Casino. The three made up the HPT’s Gold Rush Series. Things went so well they plan to return with another series after the first of the year.

One of the other perks of making an HPT final table is time on national television. Thunder Valley’s final table is scheduled to air Dec. 5 to 18 and Club One’s from Dec. 19 to Jan. 14. Check www.hptpoker.com for channels and show times.

After the last card had been dealt and the chips put away, Jen Mastrud, HPT’s director of operations said, “The two venues are very different, but both events exceeded expectations. Thunder Valley blew the doors off and accommodated about twice as many players as originally projected. They delivered everything one would expect from a first-class property and more. They are preparing for an even bigger event when we return in January.

“Club One Casino won over players like we’ve never seen before with their seamless operations and attention to detail. Players who follow our tour are still talking about what a great event it was and they’re already looking forward to our return visit in February.” 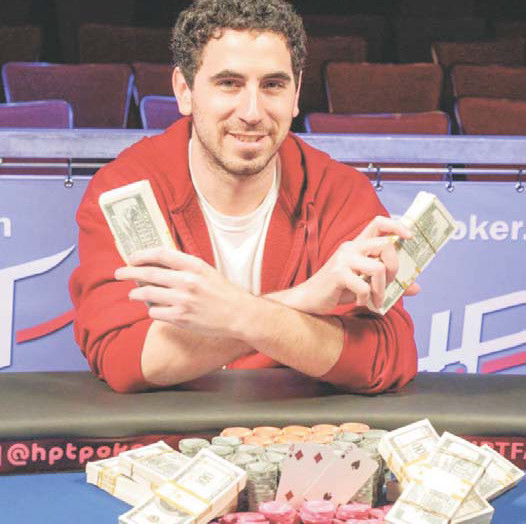 After 171 hands at the final table Michael Rosenbach, a professional player from Berkeley, claimed the title at Thunder Valley along with a payday of $180,696. He had held the heads-up lead consistently against Mel Weiner of Calabasas (second place, $110,457) and finally finished him off when he made a straight on the turn.

About his big win Rosenbach said, “I was pretty thrilled. It was cool. I had a couple buddies that had come up from the Bay Area. When I made the final table, they decided to drive up and they arrived shortly into the final table. It was cool. I really celebrated for the first time. When I’m playing the final table, it was exciting with the cameras and stuff. Even when I doubled-up on the huge hand where I hit the ace on the river, I didn’t really celebrate. When I’m playing, I try to keep a pretty even emotional level because you can get really excited or bummed if you get a bad beat, but you can’t let your emotions guide your play.

“I keep pretty even until I bust or I win, so I’m not really celebrating at all until that last moment. Even at heads-up, where I was one card away from winning, I had aces and after the flop, we got it in. Mel had a pair and I had aces. I’m one card away from winning and he hit like a five-outer to double up. I could have celebrated a second before he doubled up and that would have messed with my emotions. There’s no point in celebrating until you finally win. It was tough that he cracked my aces and doubled up, but I was like, it’s fine, it’s just another hand and you still got to win this thing so you have to keep your emotions cool.

“Once the final card came and I knew that I’d won it, I was pretty ecstatic. I’d won a couple of other tournaments, once in a World Series Circuit tournament and it kind of sucked because there was no one around that I knew. I was shaking hands with some random people that were watching the final table, but I didn’t have any of my buddies there. This was pretty exciting. It was way bigger than anything I’d ever won before and my buddies were there, so it was pretty cool. I was definitely stoked.”

Ben Erwin, poker room director at Thunder Valley said after the event: “We were excited to host the Heartland Poker Tour on its inaugural stop in Northern California. The nationally televised event attracted some of the biggest names in poker, like Sacramento’s own J.C. Tran and ESPN’s WSOP commentator Lon McEachern, along with players from all over the country.

“This event cements our commitment to hosting major poker events. We had more than 500 participate and battle for a first place prize of more than $180,000, and I would like to personally congratulate Michael Rosenbach for being our first HPT champion at Thunder Valley. It was quite a task to seat the record number of players that turned out for the event, and we learned a lot from this one. Now, we’re looking forward to HPT’s return in January. We’ll be ready!” 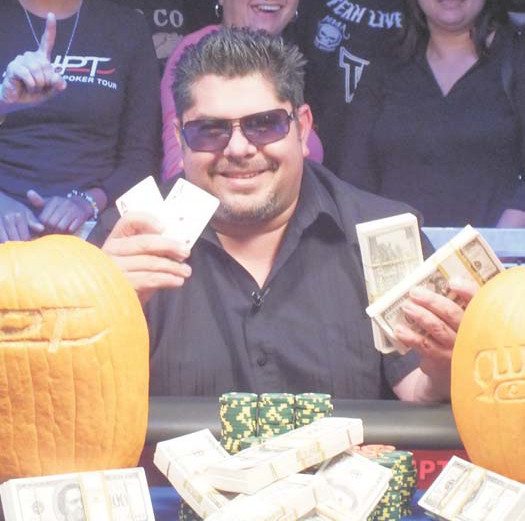 James Jeff of Fresno was the winner at the Club One
Casino HPT main event, pocketing 185,184 and the title.

While the numbers may not have been quite as large, the enthusiasm for the HPT was no less at Club One Casino, where local contractor James Jeff was crowned champion and took home $85,184. Heads up lasted 40 hands—one of the longest heads-up battles in HPT history. When the final hand was dealt, Jeff looked down at pocket aces and was more than happy to call when Triet Nguyen went all-in with pocket fives. Nguyen, a chef from San Francisco, took home $52,530 which he plans to use to invest in a restaurant of his own.

When asked when he thought he might be able to take it all the way to the title Jeff responded, “You know what, I guess towards the middle of day two, it was on Sunday. I played all week with a lot of those guys, and I played on a couple of tables with [Allen] Kessler and a lot of the pros that were there. After watching them play … I think about 50th … when we start coming like 50th. I started feeling really comfortable about what I was doing and my game plan.

After the win was in the bag Jeff’s relief, satisfaction and elation were palpable. “I saw all the locals there, and I was like, man. I was the last one there. Who would have known? It was something else. I couldn’t even explain it. I was so happy, tired, exhausted—all at the same time. From not even thinking that I was going to place, to maybe getting $3,000, then all the way down to the final table, to probably getting $10,000 and to make it all the way to the last two. It was something else. It was like a roller coaster of feelings. I couldn’t believe it. And then it would be on TV. To be on TV with all the pros on that table was something else. You ­couldn’t ask for anything better.”

Kyle Kirkland, president and general manager of Club One Casino said after the tournament, “We were thrilled to have the Heartland Poker Tour at Club One Casino as part of HPT’s inaugural California Gold Rush Series. We had a solid showing of locals and pros (246 entrants, including Greg Raymer, Jerry Yang, Tony Dunst, Barbara Enright) and saw a final table with four women, a WSOP champion (Yang), a poker Hall of Famer (Enright) and several local players, including James Jeff, the eventual champion. It was a great opportunity for Central Valley poker players to shine in the national spotlight, and we expect to see an even better turnout when the HPT returns in February.”

Joe Fernandez, who finished eighth at Thunder Valley, is an owner of Turlock Poker Room and, obviously, an avid player as well. After his elimination following a deep run at the Club One event he had this to say about the HPT coming to the area: “It was a big deal. They were talking about coming back in January which I hope they do because it’s good for Northern California. I noticed a bunch of the same boys that I play with all over at the bigger tournaments around the Bay Area are coming out here, so it’s drawing new faces. I see the future really well here. I’m excited about it.”