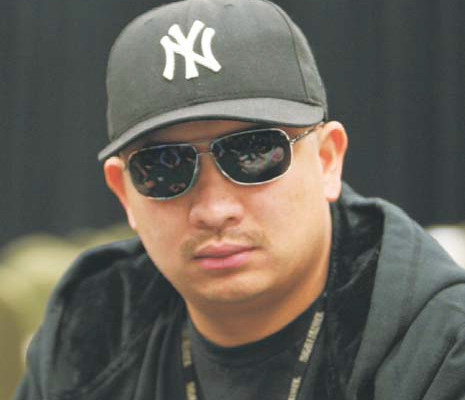 For the second year in a row a professional poker player from Sacramento has made the World Series of Poker’s Main Event final table. In 2012 Steve Gee went to the final table fifth in chips. This year, J.C. Tran has one upped him, leading the final nine by a healthy margin.

Tran, a resident of Sacramento for nearly 30 years and a graduate of CSU Sacramento, has become a well-known fixture on the poker tournament circuit. He has won two WSOP bracelets, a World Poker Tour Title, WPT Season V Player of the Year, and over $8 million in tournament cashes over the last nine years.

We caught up with Tran a few weeks after he had returned home to Sacramento to ask him about his World Series experience and his plans for the final table as he takes his shot at the bracelet and $8.3 million.

THE CARDROOM: Can you start at the beginning and tell us how things went for you? How did you get where you wound up?

So I feel like this year has changed. I came in, and I paced myself and I didn’t jump in and try to play every event possible. I still played a bunch of events and the reason why was I felt I was playing good and I wanted to maximize my time at the table, so I did that. And I think I had five cashes before the Main Event, one deep run in the $5K No-Limit—I didn’t catch a break there late—so I was still pretty bummed about my results before the Main Event and that’s when I told myself if I keep playing as good as I have this series things might turn around in the Main Event and I’ll probably make a nice little deep run.

You know, every year at the Main Event I always bring my best because of how I did in the series prior to that and when I got to the Main Event I said you know what, this is make it or break it right here.

I didn’t plan on playing any more tournaments after this series because my baby daughter is due in November and I felt like I needed to hurry up and get this out of the way now and not worry about any tournaments between here and November. And that’s when I went in and played very careful poker. I didn’t really gamble too much. I really don’t remember ever being all-in and behind.

I was all-in a few times on day three or so, in a couple of races and won those. Even though I had some decent chips starting on like day two or three I went down and got really short on one of those days, I want to say day three. I think it was late day three. I got down to about 12,500 when the blinds were like 1K/2K and I said to myself I can either give up now, and walk away like I did the last few years or I can just hang tight (you know, this was actually when I was down to about 20K). I said hang tight and hopefully in the next couple of orbits I’ll pick up something. I got it all-in with K-J against eights or something like that and I won that. Then a couple shoves got me back up above like 40,000 or 50,000 where I could open standard and just kind of chipped up from there. I got fortunate in some pots and hands.

As far as that, I feel like I never gave up and I told myself hey, if I can double up a couple of times I’ll be back up to a decent sized stack. I will play that much harder and I did. So I got back up to 100,000 or whatnot and started playing a lot smarter and a lot more careful and less reckless…. Y’know, I didn’t ever feel like I played reckless throughout the whole tournament at all, but I felt like there were a couple of spots where I was good enough to get off the hand, so from day three on out, even when it got down close to the bubble I had a decent sized stack. I wasn’t trying to clash with a lot of these bigger stacks. I wanted to get in there, get that cash in and just kind of get that off my shoulders and play some poker from there on out.

TC: So when the bubble occurred your chip stack was in the range of average?

TRAN: Yeah, a little bit above or below average at any given point. I never got to a point where I was risking a majority of my stack or being all-in on the bubble or whatnot. I had a decent stack, I think it was like 25 big blinds or whatnot. I’m the type of guy, I consider myself an old-school player and when I get down to 25 big blinds I still feel like that’s a lot of chips. Even when it gets down to 10 or 15 big blinds, I don’t panic. I don’t go into shove mode. I still feel like I can open and make folds if someone put me all-in, stuff like that. A lot of other guys get down to 10 or 15 big blinds and it’s just a shoving stack and I feel like there’s more value than that.

So on the bubble I did get some hands to double up or win some pots. But I never really remember extremely sucking out on anyone for my tournament life. And I feel like I’m the type of guy that, my style of play is, yes, I do play aggressive when given the chance to and I can play solid when I need to and I feel like I put my money in good as much as possible and I just need those few breaks to continue to play to the next day. I felt like that worked out pretty well the whole Main Event.

TC: Were there any couple of hands that stood out, or was it just a slow and steady build?

TRAN: I want to say day five or day six I started off with five or six hundred thousand. I lost a couple bad beats where I got down kind of short but I chipped back up. I remember I peaked at about 800,000 chips, then I won my first million dollar pot—the first time I went over a million—when I got A-K against queens and I believe I got an ace or king on the turn and I busted somebody. I felt like those were the key hands that I’d been struggling to win over the last couple years.

So that’s how I did it. I felt good. I felt like things are turning. You know, I’m not looking to be in that spot, flipping with a big stack for all my chips, but when I need to I will. I’m more of a believer in putting my money in good and letting it hold, or chipping up slow. I’m not trying to win a million at a time. I’d rather chip up slowly, win that in a few hands than try to win it all in one hand. And I felt like that’s what I did to get a big stack, put a lot of pressure on the smaller stacks—didn’t really try to collide in humongous pots with the big stacks even though I had them covered. I just feel like if I play smart it will come to me and sure enough, that’s how it fell out.

TC: When did you feel comfortable that you would make the final table?

TRAN: I’d say with about four tables left. I felt like I have a decent stack and I’ve been playing good enough and my head’s cleared up. Some of these guys, you could sense the fatigue in them. And some of them I felt they just weren’t that experienced when it got down to that stage and I felt like this was where my experience could pay off, and I felt like I was the most confident player of what’s left of the field. I felt like I’d been there before as far as other major tournaments. It helped out a lot. I felt like I was in the zone, I didn’t feel fatigued which is good and my instincts were better this time.

TC: When did you become chip leader?

TRAN: I want to say there was a couple times where I was chip leader with about 20 players left, but it was so close throughout the whole tournament, I felt like it kind of varied back and forth. When we got down to two tables I had the lead most of the time and kind of pulled away slowly. Every little bit helps. I felt like I’m in a really good spot and there’s so much play still that my stack only matters versus the shorter stacks because against the others we’re not going to get it all-in unless they’re really good premium hands. So I’m not going to get it all-in on a coin flip against those guys preflop. I felt like I’m one of the better deep stack poker players at this table, because of my experience. I’m not familiar with how these guys play but my experience in tournaments should pay off and hopefully it will.

When I first started making goals in poker, one of them was making the final nine of the Main Event—it’s one of the bigger goals, probably the biggest. I had goals to win other majors—I’ve won those. This was the one last goal that I hadn’t achieved that I remember and now that I’m here It’s time to put a new goal and that’s to win the Main Event. That’s the last goal I can achieve for my career.

It’s like an NBA player, you know, you can win MVPs and make all stars, but at the end of his career if he doesn’t have that NBA title or NBA ring or a football player a Super Bowl ring, then you’re missing that big gap in your resume. And this is that one chance that I get so I’ve got to do it because this could be my last opportunity.

TC: Will you be watching on ESPN to get a look at the other guys’ play?

TRAN: I’ve already seen the first few episodes. I watch it because I’m a fan of the World Series, but also it basically reminds me of each day. When you play so many hours for seven or eight days you kind of start to lose memory of what happened in the first few days and watching this kind of refreshes it. When it gets down to day five, day six, day seven I’m definitely going to watch. See what I can pick up and be ready for it. I’m not going to take everything I see as is because everyone’s going to adjust. There might be some that don’t adjust and some that adjust to me. I’ve got to do the same.

TC: How would you rank making the final nine in terms of your poker achievements?

TRAN: I would honestly have to say this beats it all. When I won the WPT [Player of the Year] it was a very big thing, there was a lot of prestige to it, but I think this is a bigger accomplishment than anything else in my poker career.