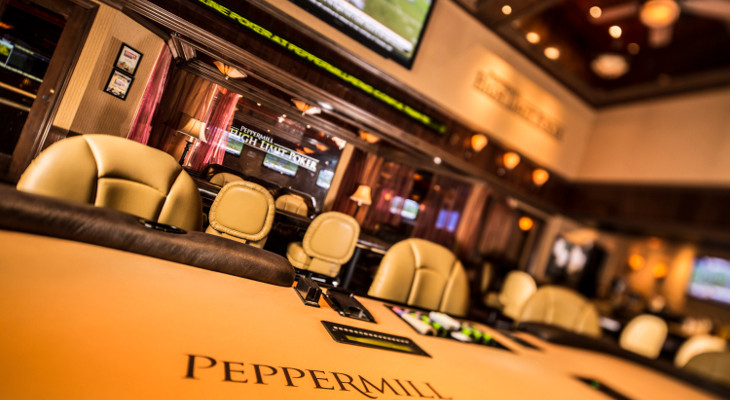 Danish UFC fighter Martin Kamp­mann rode the teachings of his poker coach, Jason Somerville, all the way to the 2014 Poker NV Challenge $170,000 Main Event title on May 18 in Reno, earning $52,720 for the win.

Kampmann, playing in his first multi-day poker tournament, was never all-in on day one of the Main Event, but found himself short-stacked at dinner break of day two while just two players away from the money bubble.

Once at the final table, Kampmann was second in chips, with Day 1A chip leader Tony Le about 250,000 ahead. Le led out for a substantial pre-flop bet, only to see Kampmann debate a bit before slightly more than doubling the bet. Le stood up, checked out Kampmann, the bet and his stack, sat down, got back up and repeated the process before four-betting all-in.

Kampmann snap-called. Le tossed a pair of queens onto the table and Kampmann showed a pair of aces. The aces held, and Kampmann had nearly 40 percent of all the chips in play nine-handed.
“I had to move all-in a few times and did not get called, so that helped me get some chips, and then there was a huge hand at the final table that helped a lot,” said Kampmann during his post-tournament interview in the Peppermill Poker Room.

Ed “Not The Author” Miller (runner-up in the Heartland Poker Tour Main Event in January) was fourth, with Roy Armstrong in third. Peppermill Poker Room regular Michael Cooper was heads-up with Kampmann, starting out a 3.5 to 1 dog, but Cooper won most of the first dozen hands in the heads-up match.

There was a Best All Around title offered as well, with players earning points for finishing in the top 20 in any of the multi-table tournaments. Many players entered multiple tournaments a day to earn the Best All Around points, watching how others were doing and checking the leader board daily to see where they ranked. Glen Uchibori of Honolulu, Hawaii, grabbed the $5,515 for first place, and the top 10 players overall cashed. Iva Yoshihara of Reno won the Women’s Best All Around title.