Home January/February 2013 Listen to the voice: It knows best 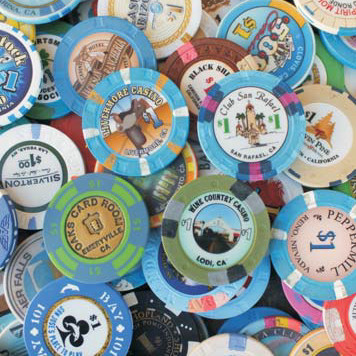 Listen to the voice: It knows best

Randall RappJan 10, 2013January/February 2013, NorCal Poker AmbassadorComments Off on Listen to the voice: It knows best

With my most recent ambassadorial mission under my belt and a new year arriving, it seemed like the thing to do to take stock of the previous year and make some plans for the new one.

There were definitely some highlights to 2012: The Cardroom continues to grow and prosper, I had a great experience at the many poker rooms I visited as well as at the WSOP, and my bankroll survived intact.

For 2013 I shall strive for the following: Try not to suck (but hope to suck out); choose games wisely; and listen to that little voice that tells you to fold when holding a big hand. When it thinks your hand isn’t good enough it is correct about 99 percent of the time. The one percent left over doesn’t make it worth a call just to prove the voice right. On the other hand, when the voice says “call” (or “raise”) proceed full steam ahead.

Like Dexter’s Dark Passenger, the voice knows what it’s talking about and has an eerie way of sensing both danger and opportunity.

I recently stopped by the newly christened Lodi Casino (more recently the Wine Country Cardroom). Other than the name change things didn’t seem that different, although there was a bit more emphasis on other table games. They still have a nice restaurant and bar, helpful staff, and friendly patrons.

They had two $4/8 games in action and a few people signed up for a potential $2/5 no-limit game, so I took a seat at the must-move table and promptly began bleeding away chips.

By the time I got into the main game I was down more than a rack and just hoping to avoid a disaster. Just before it was time to go a few well-timed hands had me back to acceptable losses, so I threw in the towel and headed onward.

I got to the Oaks about an hour before their 6:15 p.m. tournament and bought my seat. With my stomach growling I chose to forego playing poker and concentrated on food. On the other side of the building they have a nice little bar and hofbrau, so I treated myself to a ham and Swiss cheese sandwich. Wise choice.

The tournament was $140 and had $20 bounties with a nice structure. It wasn’t long before I realized that The Oaks general manager Larry Thomas was sitting across from me and we had a nice chat during the first break.

Maybe he jinxed me or something, because not long after the break things took a turn for the worse (okay Larry, it probably wasn’t your fault). It was two steps back, one step forward, two more back. Eventually it came to shove or fold and apparently I shoved one time too many.

It had been a long time since I’d last been to Pete’s and the place was hopping. The bar was busy, the pool table was in action, plus there was the game of $2/5 no-limit over in the poker area. There was a seat open, which I accepted, and promptly realized I had sat down in a hornet’s nest. It had the feel of a home game where most of the players know each other fairly well, but revel in poking their buddy’s eye with a huge over-bet (usually followed by an even bigger over-raise).

I decided to lay low, play tight, and wait for my opportunities. In the meantime I ordered a truly delicious pizza accompanied by a large glass of Lagunitas IPA. Maybe it was the beer, because I chose the wrong spot to spring into action. Chips gone. Reload.

No problem. Another opportunity would come along. When it did, one of these guys playing aggressively with rags had woke up with a real hand (again). Sans chips I grabbed my box of leftover pizza and called it a night.

The plan was to get to Livermore the next morning in time for their 11:00 a.m. tournament. While I’d like to blame traffic, the reality was I overslept a bit and didn’t get there until 11:15. I put myself on the alternate list and sat down to play some $4/8.

While I ate my $2.99 breakfast (available anytime) I treaded water for a while until suddenly I blew up and could do no wrong. When they called me for a tournament seat I passed. For the next couple of hours my draws hit, my bluffs worked, and the pots just kept on coming.

I was overdue for a win in Livermore (I’ve left plenty of cash there in the past). While it didn’t make up entirely for my debacle at Pete’s, it went a long way toward making the drive home a lot more pleasant.