Home Featured Stories Mixing it up with Santa and his elves 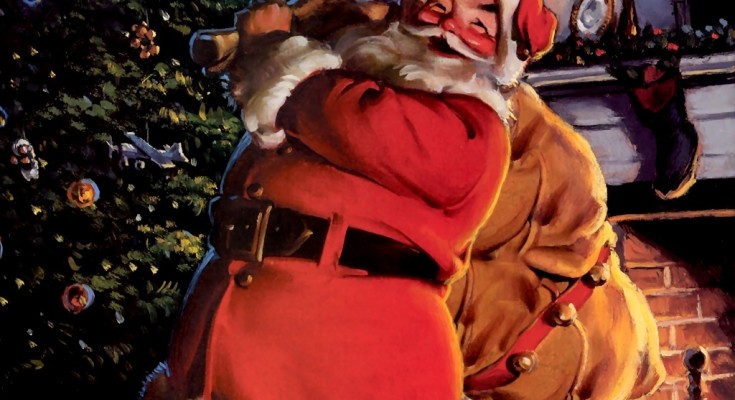 Mixing it up with Santa and his elves

Christmas and New Year’s have come and gone, but everything still feels a little celebratory. There’s even a lot to be thankful for, despite the fact that November is well into the rearview mirror.

I’m just saying: Enjoy what you’ve got and the people around you. Find pleasure in the games you play and work you do. May 2018 be a bigger, better version of 2017 for everyone here, there, and everywhere.

Okay … enough of that preachy sounding stuff. What happened in the poker game?

On Dec. 10 Mrs. A and I headed north to visit Santa Claus. Fortunately, we didn’t have to go all the way to the North Pole, because the jolly old elf was at Turlock Poker Room for Santa’s Bounty Tournament.

The casino was really jumping. They had several cash games going, plenty of action in their Cal Games, and, after accommodating lots and lots of alternates, 138 entries into the tournament.

The buy-in was $125 and they had re-entries through the start of level seven. With 10,000 in chips and 20 minute levels, there was plenty of play—especially early on—so we figured to have plenty of time to get a shot at old St. Nick and his $250 bounty.

There were four elves in play as well with $50 bounties, one of which was the biggest doggone elf I’ve ever seen.

Neither Mrs. A nor I had Santa at our table, but elves still gave us something to aim for until the big fella got moved around. I can only speculate as to what actually occurred: Maybe his red suit was a little too tight; maybe the elves had been getting on his nerves and affected his concentration; maybe he was hit with a succession of bad beats; or maybe he just sucks at poker.

Whatever the reason, Mr. Claus was eliminated so quickly most of us never even heard a single “Ho!” He was gone so fast you could understand how he gets to all those houses in just one night. He was out of there so suddenly you would have thought the reindeer double parked.

Actually, he took pity on us humble mortals and bought himself back in with an additional (and elf-sized) $50 bounty back on his head. He wasn’t there long that time either. Might be my final guess was the correct one as to the early exits!

As for your humble Ambassador, I was doing a very successful John Snow impression. You would have thought I should be dead, then I wasn’t! I lost track of the number of times I was all-in with a short stack. At one time I was down to three big blinds, then tripled up, and ­doubled up on the following hand. I managed to keep that kind of thing going for quite a while.

When we got down to the final two tables (a double elimination had brought the number to 19) a vote was taken to pay the bubble since the schedule called for 18 in the money. That done, I managed to outlast one more before taking my leave in 18th place and feeling quite fortunate to have made off with a couple hundred bucks.

On Monday, Feb. 19 at noon, Turlock Poker Room will be holding a similar event for President’s Day. The buy-in and structure are the same, with $100 bounties on “the presidents.” I don’t know yet how many presidents, which ones, or whether we’re talking simple costumes or those sausage outfits they use to run around baseball stadiums, but I sure hope I make it there to find out!

Previous PostWhat is ICM? Next PostFollow the 7 Ps in the New Year