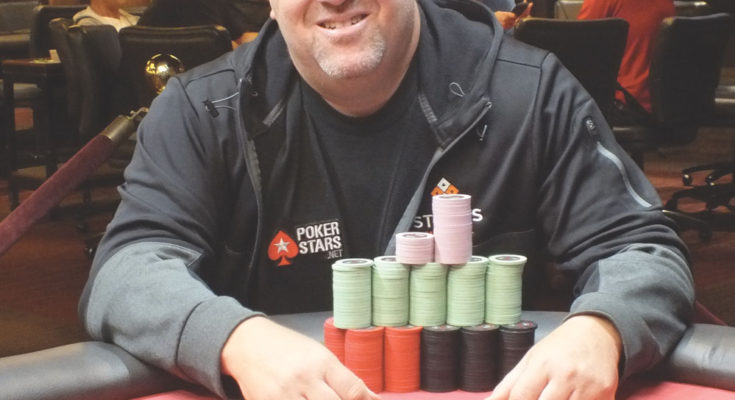 Apparently it’s a lot of work being the name associated with the boom of an entire industry. After he shocked the poker world in 2003 by capturing the World ­Series of Poker Main Event title, Chris Money­maker’s quiet life as a Tennessee accountant ended.

He’s been on the go ever since.

With phrases like “the Moneymaker effect” following him doggedly, he has seen the world as a representative of PokerStars. That was where he won the satellite that took him to Las Vegas and into the spotlight as he made the best name in poker into one of the biggest names. For years people have cited his unlikely win as the reason they started playing poker and watching it on television. His impact on the game’s trajectory can’t be discounted, and he has held up well after 14 years of scrutiny.

“In the beginning it was really tough,” he said. “I wasn’t the guy that was gonna be in the limelight. I was more of a wallflower. I was an accountant, sitting on the computer. I wasn’t a public speaker, I didn’t do interviews. So this was all brand new to me. And really it was one of my biggest fears, doing the interviews and stuff. So in the beginning it was ­real­ly, really difficult. But as I did them and as I got used to it, it’s … I’m kind of just used to it now.

“You know, I’ve been doing it for so long. I know when I walk into a casino or a public function outside of where I live, then you know, people are gonna recognize me, I’m sort of, I don’t want to say on the clock, but I’m representing PokerStars, I’m representing poker. So I’m just always … I mean, I don’t do really anything special. I just am who I am. But I mean, at the same time if I do anything stupid, it’s gonna make it on YouTube.”

So now he travels a lot. A whole lot. He says he expects to be home for only one week between now and Christmas. Over the next couple of months he has trips to Tennessee, Texas, Oklahoma, Canada, Ireland, Norway, and Brazil.

On this day, though, he was in Citrus Heights at Stones Gambling Hall for an extra special sit-n-go event that they streamed on Twitch TV’s Stones Live.

When asked how he came to have Stones on his schedule he said, “Well, I was out here for Poker Stars doing the California Gaming Association, when Poker Stars was going through the big push of trying to get legal online poker here in California. And I met one of the owners during that, and we broke bread, became friends, and he told me I’ve got to come out and see his establishment and come check it out.

“It just so happened Poker Stars, when they were assigning casinos to go to, I said, ‘I want to go to Stones. I met someone and I want to go check it out.’ And I came here and fell in love with the place. Everybody here is so friendly. I mean, in my opinion probably it’s the best poker room/casino that you can really come to. It’s so low key. Everybody here is friendly. It’s just a great place to be. So I came out here for that and I’ve come back three or four times since then.

“It is literally one of my favorite places in the country to come play. The food here is amazing. There is no food anywhere like what is here. You can’t eat in a poker room this good ever anywhere.

“And then the room is just super nice. The one thing that they do a really good job on is taking care of the players. Usually when you walk into rooms, they are either so big or they are so busy that, you know, people will come in and they take your name. They put your name on the board. They call your name and you go to play.

“Here it is a locals casino. Most people know each other. All the staff is really good about remembering who people are and taking care of them. They just really watch out for the players. So it’s just a really good family atmosphere here. I like it.

“Honestly, it is more like a little family here. So this is one of the few places that I come in and a lot of the people just bust my balls and give me a hard time, which is what I like. It’s not, you know, ‘Oh, there’s Moneymaker.’ I’ve been here enough now it’s like, ‘Here’s dumbass coming in playing the game. I’m gonna bust him.’ So it’s more of a friendly atmosphere—people I’m starting to get to know.

“But events like this that I have come in for, they don’t happen very often. It’s a fun event. I don’t know any of the other players they have coming in, but you know they are going to pick people that will be good for the stream, good for poker. We are not going to have just a bunch of young kids with headphones sitting there being really boring. So that’s what poker really needs, specifically, is talkative people. People that are outgoing, energetic, that are nice.” 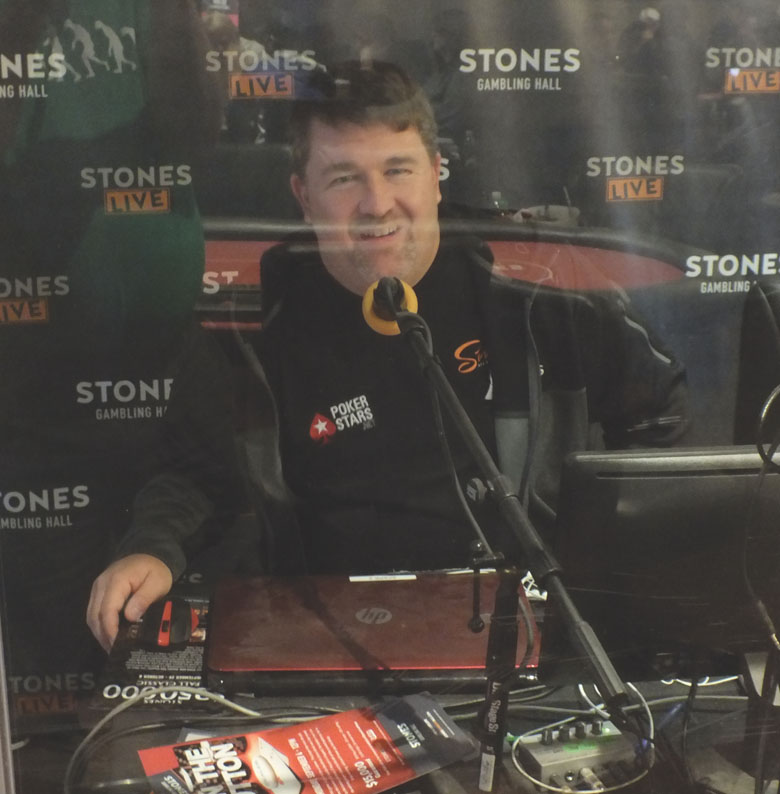 Asked about the current state of poker in general, Moneymaker said, “You know, if you ask a lot of people they’ll say poker is dying. There’s not poker on TV anymore. There’s not as many games. The online is pretty much dried up or nonexistent. We don’t have legalized online poker here, but when you really look at it, the World Series this year was one of the biggest ever.

“Granted poker is not on TV as much, but you look at places like Twitch or the new platform Poker Go that is starting to air more and more live coverage of poker with great results. Poker is still … there is still a hunger for poker, we just sort of plateaued. Back when I won, poker became the cool thing to do. People wanted to be in to poker.

“Once all the online sites pulled out of the U.S., all that revenue money was dried up and they couldn’t promote the game as much. It became not as cool as it once was. The dream of being a professional poker player died a little bit when all the online companies went away. You couldn’t sit at your house and grind and learn.

“So the game definitely took a couple steps back for a long time. We are never going to be where we were back in 2006, 7, 8, that time frame. That’s when it was just insane. But the game is thriving. It’s going to be around for a long time. It’s not going anywhere. I mean, again, you see how many digital streams that are poker-related now. That’s just continuing to grow. I mean, I think Poker Go just added the WPT onto their service. They are picking up more and more all the time.

“That is just going to get poker back into the limelight more as that grows. Digital media is probably going to be the wave of the future anyway. TVs are still the thing right now, but eventually we are probably all going to get our news, information and TV from computers and the digital stream, I would imagine. I kind of agree with a lot of people that have that sentiment that those TVs are going to be replaced in a few years.”