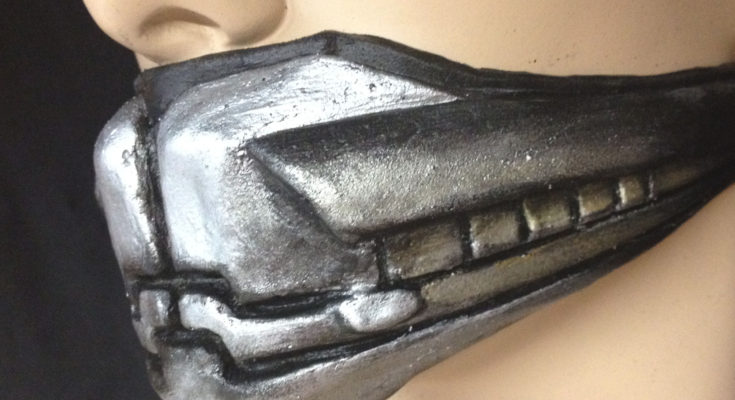 Gender and race are topics that I never imagined I would write about. I’ve never even remotely tossed it around. As a “person of color” I’m embarrassed to admit that it’s a subject that maybe I’m a little bit naïve about.

There are people I either know or have had conversations with that have told me about comments regarding gender or racial bias directed toward them at a poker table. In some cases, the alleged comments were made directly to them and others behind their backs. Everything that I am presenting should only be taken as allegations, as proving what someone else did or did not say is next to impossible—unless someone actually recorded the conversation.

Even though this is a topic that may make some feel uncomfortable, I became inspired to write this because recently I became shocked and had my eyes opened when I realized that there are still those in our society who are uneducated and callous enough to air words of bigotry or misogyny while at a poker table.

I’m not on a witch hunt to name names, so any used here have been changed in order to obscure and protect the true identities of all involved.

I remember when my friend Jill came by the casino on a busy Friday night to play $1/3 no-limit. Jill and I became poker buddies after we met a year earlier during a tournament. She is very alert when at the table, and good at reading the hand ranges of her opponents.

She usually gets her chips in the middle at the right time, while getting her opponents to put their chips in bad. She can snuff out bluffs, but is a genius at pulling big moves herself at the right time. This young lady is no slouch. You don’t want to get mixed up in a big pot with her unless you have a healthy disregard for money.

When Jill was given her seat, I noticed Walt (someone I’ve never been too fond of) looking her up and down in the pretty, form-fitting outfit she was wearing. Jill usually dresses nice wherever she goes. She is very attractive and dresses up a bit even during a night out to play cards. She has even joked with me about showing off her body a touch in order to be a bit of a distraction to the men at the table.

She never dresses sleazy, but you would notice her the minute she walks over to your table. When she sat down I saw Walt lean over and whisper to the man next to him, “Here comes the T&A to the table.”

I was slightly irked at this statement, both because it was classless, and it was directed at a friend of mine. However I didn’t want mention that, or act as if I heard it since he wasn’t talking directly to me. A couple of times during the game Jill made a couple of moves that got people to fold. I heard Walt whisper to the man next to him, “This T&A girl is playing stupid. I’m gonna get her. You watch.” His neighbor just nodded in agreement, while staring her up and down.

In my opinion Walt was just being ignorant, partially because he was getting his butt kicked. The moment when I felt that he crossed the line was when he, Jill and three other players saw a flop with $100 already in the middle. The flop came, 9h-As-2h. Walt bet $60. Jill check-raised him to $175 and Walt called. The turn came a blank and Jill went all-in. Walt tanked for a minute but finally called. The river was the 6h. Jill turned over the Ah-Jh for the nut flush.

After Walt mucked his hand he leaned back in his chair and mumbled, “I can’t believe that (expletive) check-raised me, went all-in, and made her flush.” The expletive was a term that any woman would find grossly offensive. I waited a few minutes after his statement, then got up, went over to the floor director and told him that something needed to be said to Walt. In my opinion, if I could hear what he said, then anyone could have heard it, especially Jill. There was absolutely no room for anything like that to be said in public.

People get emotional after losing a big pot. I understand that. But there is no place for directing racist or misogynistic comments towards a player at the table at any time. Too often I have heard players, both at the table or away taking a break, make stereotypical comments or jokes about players of various ethnic groups. This type of thing is unacceptable in everyday life, so there is no place for it in public during a poker game.

Where I live there is a large amount of racial diversity, yet I still hear players talk about how some ethnic groups are perceived either this way or that way. That is ignorant and bigoted. Just because a large number of a group are one way that does not mean that the whole or even the majority of that nationality is the same way.

Sometimes where the error in judgment comes in is that coarse language is an accepted practice at the poker table, especially when alcohol is involved. As the game goes on it becomes easier and more acceptable for players to become more comfortable with making comments that have no filter.

Before I go any further, I want to make it very clear that I am not innocent on all counts when it comes to this topic. I have friends of various nationalities and we all make ethnic jokes towards each other. However, we’ve all known each other for years and we keep comments of that nature within our inner circle, and know when it’s just a dumb joke that’s meant to be dumb. We know what it is that we can and can’t say to each other. We also know that we don’t bring those comments to the poker table under any circumstances. We don’t want to send a message that derogatory statements are acceptable in public.

I still remember the day my friend Lucas and I looked at each other in confusion and amazement when a gentleman said to me, “I didn’t think most black people had enough money to play poker at these stakes,” after I beat him for an 18 big bet pot in $15/30. I was willing to let it slide because I knew that this man had been drinking, so he probably didn’t have complete control of his speech. He also had torched off about $3,000 in the game. To me that’s what you call a good paying customer. You never want your best customers to leave when they’re spending good money.

However another man at the table was offended with what he said and felt that he had crossed the line. The floor was called over and eventually the man had to go.

It’s wise to check your mouth filter when you first sit down in a poker game. You don’t want to put yourself in a place where something that you say becomes offensive to someone and causes a confrontation.

Previous PostBattle of the Bay at Lucky Chances Next PostPlay good! Play bad! Get lucky!