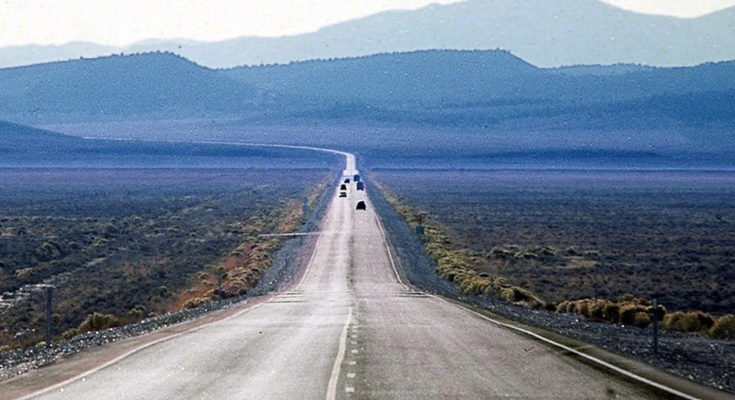 A couple of weeks ago while playing $4/8 Omaha Hi-Lo I showed down Ah-2c-3h-Kd, making a nut flush and a nut low while scooping a pot for 33 big bets. The gentleman sitting next to me gave me credit not only for the scoop, but also the way I played the hand from start to finish.

I thanked him for the compliment while stacking my chips. When I finally had all my stacks neatly arranged, I sat back and reminisced on how I got to this point in my life of playing poker. I can clearly remember so many things about this path like it was yesterday.

It was August 3, 2010 and I was making pretty good money selling residential solar systems. On that day a driver who ran a red light and struck my company car. I didn’t sustain any life-threatening injuries, but the damage to my back took me out of work and forced me on disability for just over three months.

After less than two weeks of staying home and watching television every day I became bored out of my mind. For some time out of the house I had a friend give me a ride to our local cardroom where they played no-limit Hold’em tournaments in the morning. It only cost $20 to buy in, so I knew that I wasn’t risking anything that could hurt me financially.

I didn’t realize until a couple of months later that I was already establishing an important discipline in bankroll management.

The previous year I became intrigued by no-limit Hold’em after I saw a 21-year-old by the name of Joe Cada become the youngest WSOP Main Event champion ever when he made it through a field of nearly 6,500 players to win over $8.5 million.

After seeing that, I thought to myself, “Hey, it sounds and looks like fun. It keeps me from being bored at home. Why not?” With nothing more than the knowledge of what I had seen on TV I went into the tournament, got all the way to the final table, and cashed in a four-way chop for $211 dollars.

I went back again for the next three days and made the final table in two of those three tournaments, including a second-place finish to a gentleman who refused to chop. I ended up winning over $800 that week. The itch was put in place.

In my heart, I knew that I was getting through these tournaments on sheer luck. I sensed a passion for the game developing but I also knew that to improve I needed some serious help. I called Jackie, a previous solar customer of mine, and she told me about a poker boot camp course that she went to for no-limit Hold’em tournaments. She said that they also had a two-day camp and clinic for no-limit cash games as well. It would require an investment of almost $2,000 (class, flight, and hotel) but at the end of it I would see the game in a completely different way.

I will never forget the words that Jackie spoke to me on the phone that day. She said, “Kenny, if there’s anyone I’ve run across in my lifetime that could come out of that class and be successful playing poker, it’s you.” Jackie, you may not know this but you were the one that inspired me to start playing poker, and I am truly grateful for that.

Two months month after my conversation with Jackie, on October 22, 2010, the company I was working for filed for bankruptcy. I received a severance of just under $20,000 for my service and for the time to find another job. This was where decisions would have to be made.

It was an emotional time for me. Along with the fact that I really enjoyed working for this company, it was also the most money I was making annually. Now, that was all up in smoke. I decided that if I was going to take a chance and dive into poker, I was going to do it the right way, and learn as much as I could.

November 11, 2010, was the four-day weekend that would change my poker life forever. I reserved a flight and hotel where the boot camp was being held in Las Vegas. Gavin Smith, the World Poker Tour’s Season Four Player of the Year in 2005 and 2010 WSOP Mixed Hold’em bracelet winner, was one of our instructors.

The knowledge I gleaned from him and all of the instructors during those four days was invaluable. It probably took two or three years off the learning curve I would have endured and money I would have lost had I tried to go at it on my own. It was where I got my first lecture and lesson on using good bankroll management, using appropriate discipline, and making correct decisions at all times.

From that early November 2010 weekend until now I have the time of my life when playing poker. Even through the downswings and nearly going broke (and there were a couple of close calls) I never went all the way down to the felt. I have never felt as if I was struggling and I have continued to enjoy playing. I’ve continued to play in games that were bankroll-appropriate and will move up in limits appropriately only if my bankroll dictates that I can afford it.

When I first got back from boot camp, the only game I played was no-limit. In time, and through a number of conversations with my friend Benson, I switched to and eventually become even more comfortable with limit Hold’em. This eventually led me to playing Omaha 8-or-better, which is my favorite game (next to Stud 8-or-better).

I continue to study the game of poker itself and my opponents. I am always reading, learning and studying. I don’t just read books about poker, but also books on personal inspiration, self-awareness, personal growth, and positive thinking.

I continue to work a full-time job and keep poker as a hobby. I do not consider myself a poker pro, and I definitely don’t put myself on any type of pedestal. Anytime players compliment me on my play I thank them for the compliment, but attempt to downplay it immediately. Even if it does make my ego feel good!