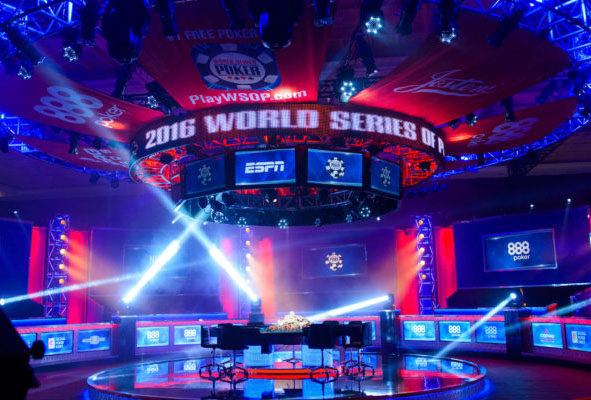 The CardroomMay 19, 2017Back Issue Highlights, July/August 2017, Top Stories, WSOPComments Off on No more November Nine

Poker Central has acquired the global television and digital media rights to the annual summer World Series of Poker (WSOP) in Las Vegas. Poker Central and ESPN have reached an agreement to expand programming from the tournament including live event coverage and original episodes throughout the year. The agreement marks the first-time ESPN will air same-day coverage of the WSOP from day one of the Main Event to the conclusion of the final table, a model which will continue through 2020.

Beginning with the 2017 WSOP, several notable changes will take place because of this agreement:

Under the terms of the new deal, ESPN will telecast an estimated 40 hours of live* WSOP Main Event coverage each July, plus a commitment of original packaged shows totaling 130 hours annually. Any coverage not aired by ESPN will be streamed exclusively through Poker Central’s digital distribution channels.

“ESPN has been our home since 2002 and we’re delighted to extend the relationship into the next decade,” said Ty Stewart, executive director, WSOP. “Having every day live coverage of the WSOP Main Event is truly a huge commitment on behalf of ESPN and Poker Central and we look forward to delivering to our faithful audience wall-to-wall action from the outset for the very first time.”

“We are thrilled to add the preeminent poker brand, the World Series of Poker, to our growing portfolio of poker-related content,” said JR McCabe, chief digital officer, Poker Central. “We have major plans to reinvent the WSOP offering to greatly expand how, when and where fans of the game of poker can watch and engage with the game.”

“The World Series of Poker has been a longstanding staple of ESPN programming,” said Dan Ochs, director of programming and acquisitions, ESPN.  “We are pleased to reach an agreement to continue to carry the sport’s most prominent event and modernize our coverage with the new same day live coverage throughout July each year.”

The planned schedule of WSOP live coverage on ESPN/ESPN2 in 2017 will look as follows (all times ET):

Poker Central is planning a comprehensive live streaming schedule for the 2017 World Series of Poker and will announce further details prior to the start of the WSOP in late May. Periods of the WSOP Main Event not broadcast by ESPN will be included in that schedule.