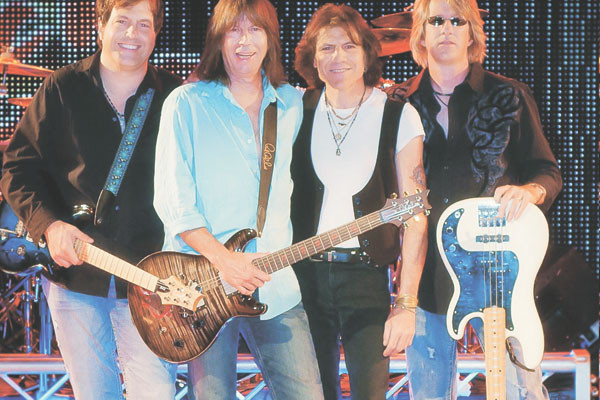 In early 1979 the Pat Travers Band was introduced and subsequently recorded what would become one of the slickest and hottest guitar-rock albums ever committed to vinyl. “Live! Go for What You Know” was a huge success on both sides of the pond, acclaimed by their musical peers, fans, and music critics alike. It was high-energy. It was electric. It was lightning in a bottle. The album, much like the Canadian musician himself, remains an influence for a whole generation of guitar slingers.

The band in question—Pat Travers, guitarist Pat Thrall, drummer Tommy Aldridge and bass player Peter “Mars” Cowling—were inarguably one of the most talented rock quartets ever to perform.

They were also responsible for a pair of bona fide studio classics—their 1978 guitar rock debut “Heat in the Street,” and 1980s more musically diverse and critically acclaimed “Crash and Burn.” “Go for What You Know” was the musical meat in that sonic sandwich.

Thrall’s fusion was the perfect foil for Travers, who has always put the melodic tone and feel of his solos before any fret burning. Aldridge was one of the most noted and flamboyant sticksmen of the era. Cowling was the inspiration, driving the rhythm through his ever solid, yet extremely flexible, four-string work.