Home Featured Stories Play to win, not get even 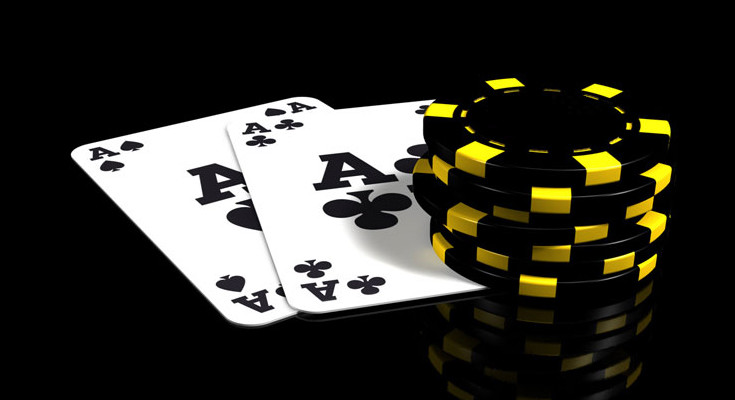 Play to win, not get even

Kenny SmithNov 10, 2015Featured Stories, Guest Blogger, November/December 2015Comments Off on Play to win, not get even

I was playing in a $4/8 limit game a few weeks ago and saw a gentleman win a fairly healthy kill pot valued at 23 big bets ($368). He called two bets cold in the small blind pre-flop, and three bets cold on a turn showing As-10d-10c-Ks while holding A-3 offsuit.

He hit a miracle Ace on the river for Aces full of tens to take the pot. As he was stacking the chips, giggling in what I could only interpret as relief he said, “I’m still stuck about $300 in this game. I’m just trying to get my money back right now.” It was a prophetic statement that he was doomed for failure.

It took about three hours, but eventually he went all the way down to the felt and was out the door.

Playing more hands than you know you should trying to win your money back during a losing session is a very dangerous mindset, and can destroy any bankroll that you may have. I have often heard players say, “I’m just trying to win at least one pot.” Or they rejoice when they finally win one after losing ten different showdowns.

You’re not trying to win the most hands in poker. You’re trying to win THE MOST MONEY. When you start playing more hands than you should and are trying to chase down your losses, you’re heading for trouble.

Winning money back that you previously lost in a current session should be completely irrelevant to the hands that you play or the decisions that you make during that game. You should not be thinking about how much money you have lost when you make a decision to enter a pot. The main thought that you should have when entering a pot is, “What is my expected value of this hand going to showdown.”

The poker quicksand that players fall into when the pot gets really big is, “If I win this hand, I can get even.” You may get lucky and win that hand, but those bad decisions will catch up to you and you will lose more money than you win.

When you are concerned about how much you have lost during a session, you have exposed a huge leak in your game. You probably have a bankroll management issue and you may be playing with money that you are not comfortable putting at risk.

If other players who are more top heavy on funds to gamble with become aware of this, you put yourself at risk for them to attack you every chance they get. You also expose yourself to taking irrational chances with sub-par hands you know you shouldn’t play.

You become more focused on trying to win back what you lost and you won’t make the most profitable decisions when you are in a hand. You could become too focused on the size of the pot and the opportunity of “hopefully” getting above water and may eventually fall deeper into the hole, with no upside in sight.