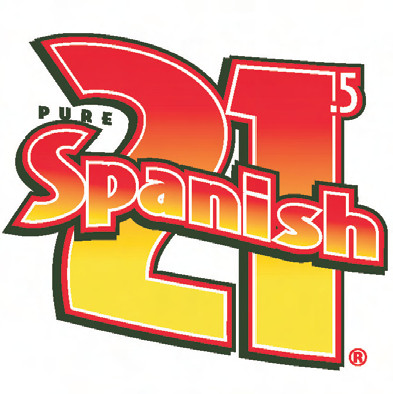 The CardroomNov 10, 2014Casino Updates, November/December 2014Comments Off on Playing Spanish 21

Spanish 21 is a Blackjack variant owned by Masque Publishing Inc., a gaming publishing company based in Colorado. Unlicensed, but equivalent, versions may be called Spanish Blackjack. In Australia and Malaysia, an unlicensed version of the game with no dealer hole card and significant rules differences, is played in casinos under the name Pontoon. Spanish 21 was first introduced into Nevada casinos in about 1995.

The dealer gets a hole card.

Blackjack (a natural total of 21 on the first two cards) always wins, and is always paid 3:2 regardless of whether or not the dealer has a blackjack.

Insurance is paid 2:1, just like in Blackjack, despite the fact that there are four fewer ten-valued cards per deck. As three cards in 12 are worth ten, the chance of the dealer getting a Blackjack when showing an ace is only 25%. Therefore, for insurance to be an even bet, it would have to pay 3:1, not 2:1. The house edge on the insurance is 24.7%, one of the worst of any wagers in a casino.

Hitting, standing, and splitting all follow similar rules to Blackjack. Doubling after splitting is always permitted, and, in most venues, players are allowed to draw as many cards as they wish after splitting aces, or may double down after receiving second or subsequent cards.

Players can split to a maximum of four hands, even on aces.

In most venues, if the dealer does not have Blackjack, players may surrender, and get half their bet back in exchange for relinquishing the right to play on. This type of surrender is known as a late surrender.
Players can surrender after doubling (sometimes called forfeit, double-down rescue, or concede). The dealer takes the original bet, and the player retains the double portion of the bet. This is because the player is allowed to double down for less than the original bet.

Once the initial two-card hands are dealt, if the dealer is showing an ace or face card, he peeks underneath the hole card to check for a Blackjack, before playing actually commences. If he has Blackjack, all players automatically lose, unless they also have a Blackjack (which, as mentioned above, automatically wins 3:2).
The player may double down on any total and on any number of cards.

The removal of the four tens in each deck gives roughly a 2% advantage to the dealer. The liberal rules of Spanish 21, though, do compensate for this. With optimal play, the house edge of a Spanish 21 table is lower than that of a Blackjack table with the same rules on hitting or standing on soft 17.

The game also offers an optional “Match the Dealer” side bet, which compares a player’s cards with the dealer’s upcard. Matching the rank of the dealer’s card pays 4:1 on a six-deck game, and 3:1 on an eight-deck game, while a “perfect match” of rank and suit pays 9:1 on six decks and 12:1 on eight decks. A player may win on both cards; (e.g. if a player has 8s 8c and the dealer has 8c as an upcard, the player will receive 3:1 on the rank match and 12:1 on the perfect match, paying out a total of 15:1.) While this side bet has a house edge of approximately 3%, significantly higher than the edge of the main game, it is one of the lowest house edges of any Blackjack side bet.

Match the Dealer is a side bet offered on most Spanish 21 games. The player wins the side bet if the rank of either or both of their initial two cards matches the rank of the dealer’s up card. If the cards match in both rank and suit, the player wins a bigger payout. Some casinos offer a second Match the Dealer bet which wins when either or both of the player’s initial two cards match the dealer’s hole card.
Card Counting

One of the bonuses in Spanish 21 is that the small cards are more valuable than they would be in traditional Blackjack because of the bonuses for five, six, and seven card 21s. Therefore the effects these bonuses would make card counting much less effective than Blackjack.
Courtesy of Wikipedia, the free encyclopedia.