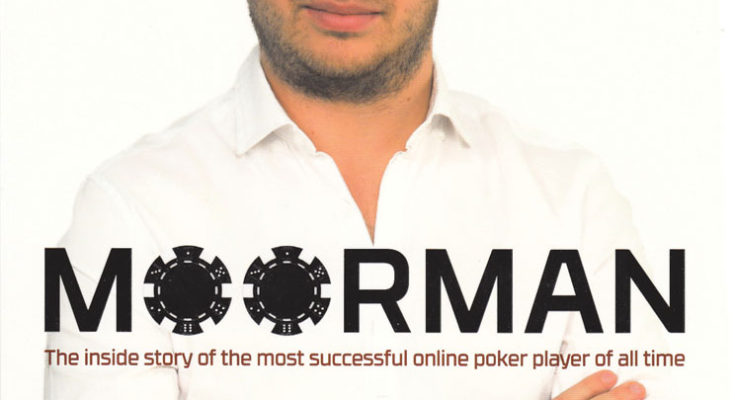 The first third of the book is Moorman’s tale of his journey to poker stardom, beginning with his game-playing background while growing up in England. His father began teaching him card games at an early age, with the goal in mind of turning him into a proficient Bridge player.

While he succeeded in that quest, papa could never have foreseen what was coming. Once his son went off to college he discovered online poker (like so many others of his generation) where his skills, strategic thinking, and competitive urges would eventually make him, as the subtitle of the book says, “the most successful online poker player of all time.”

Some of the most fascinating stories are his tales of triumph and tragedy while using the fruits of his winnings to back other players. Looking back, he is very critical of many of his decisions, as he wavered between investing still more in an attempt to cover losses, cutting back on the number of “horses” in his stable, and pulling the plug completely.

He also had a difficult journey taking his game to the live arena, where he struggled for years to get the kind of results he was accustomed to, until his big break winning the World Poker Tour’s Los Angeles Poker Classic in 2014.

The rest of the book is a collection of hand analyses. He starts with 44 hands from online cash games and tournaments, going over in detail what he did and why he did it. They give a great insight into the critical thinking of an exceptional player.

He follows this up with a section on eight more of his hands that are analyzed by different well-known pros, including Fedor Holz, Vanessa Selbst, and Daniel Negreanu. He closes with a look back at 16 more hands which he played at the final tables of the LAPC and the 2011 WSOP Europe.

“Moorman” is published by D&B Poker (www.dandbpoker.com) and is available through all good retailers.

Previous PostBall brings poker to Twitch Next PostYou should never soft play anyone!