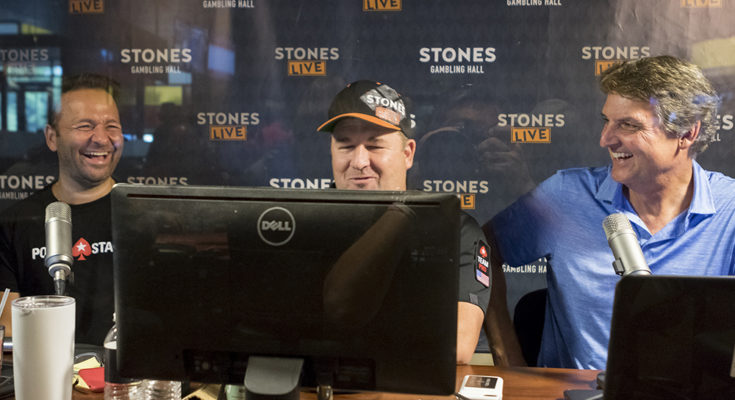 PokerStars is planning to run the biggest $25,000 buy-in event ever held Jan. 6 to 10, 2019, plus they were looking to commemorate Chris Moneymaker’s unexpected and exciting victory at the 2003 World Series of Poker Main Event.

Put these two together and you get the Moneymaker Tour. PokerStars is planning to make about 10 stops at cardrooms around the country, awarding $30,000 Platinum Passes to the PokerStars Players Championship (PSPC) at the Atlantis Resort, Nassau, Bahamas. The buy-in for these events will be $86, the same amount Moneymaker spent on the satellite that sent him on his way to poker history.

The first two Moneymaker passes were awarded right here in Northern California—first at Stones Gambling Hall in Citrus Heights (Aug. 4 and 5), then at Lucky Chances Casino in Colma (Aug. 19 to 26).

When PokerStars landed at Stones Gambling Hall for the Moneymaker tour, they dropped in with both feet. Joining Moneymaker were Daniel Negreanu, Jason Somerville, Joe Stapleton, and others. They were there to play as well as schmooze, so many people got to enjoy playing with some of the biggest names in the game while chipping up courtesy of their many re-entries.

“There’s a very distinct atmosphere here at Stones,” Negreanu said. “It’s different from most places. It’s a lot of fun. The people here are lively and you can tell there’s a lot of passion for fun. Obviously there’s some serious money on the line, and the platinum pass, but everyone seems to be friendly and having a really good time.”

Day 1s were held Saturday and Sunday morning and with alternates and re-entries they collected 812 entries (364 Saturday, 448 Sunday). Day 2 began Sunday afternoon, and by 2 a.m. the first Moneymaker Tour Platinum Pass had been awarded to local player Cliff Ellefson.

Stones had structured the payouts so the cash went to the players second place or lower. When only three of them were left, they agreed to split second and third place money evenly (about $5,000), which eventually went to Jesse Abramowitz and Warnito “Junior” Merasuentes. Ellefson had to settle for no cash from the prize pool—but the consolation prize was worth $30,000.

The final two players, Ellefson and Merasuentes, mostly traded blinds back and forth for the better part of an hour. Then, approaching 2 a.m., Ellefson went all-in with A-4 and a small lead. Merasuentes instantly called holding 10-10. A flop of K-6-2 looked harmless to the pocket tens, but then the turn was a 3. When the river brought a 5 the remaining crowd roared, as Ellefson had won the Platinum Pass with a runner-runner straight. 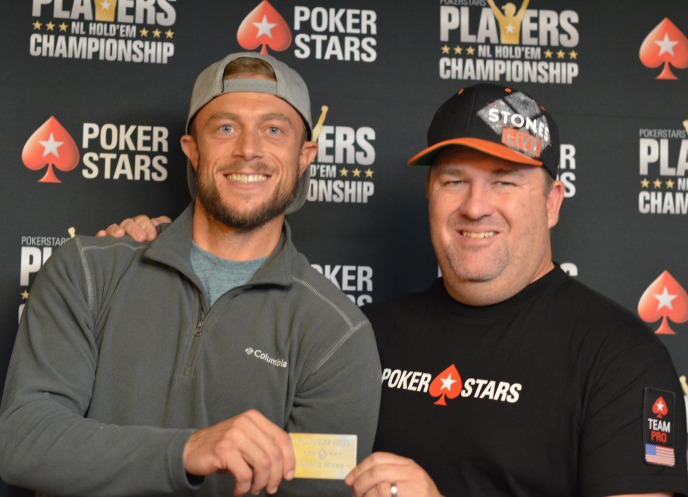 At the end of a very long weekend for him, Stones tournament director Justin Kuraitis said, “When I first heard that PokerStars wanted to come to Stones to kick off the Platinum Pass Tour and give away a $30K Bahamas prize package, I was pretty sure that Chris Moneymaker was pulling one of his infamous jokes. This event was no joke though! For $86, 812 players battled it out to see who would represent Stones at the 2019 PokerStars Players Championship in the Bahamas.

“We showcased the event on StonesLive with a gigantic roster of poker talent and special guests, including Daniel Negreanu, Jason Somerville, Joe Stapleton, Lon McEachern, Johnnie Vibes, Jaman Burton, Vanessa Kade and, of course, Chris Moneymaker. It was an honor to be a part of this epic tour, and I am looking forward to watching Stones winner Cliff Ellefson take down the Main Event in January.”

Moneymaker was in attendance once again, even playing in the tournament bearing his name. In fact, more than halfway through the field on Sunday he was a dominant chip leader.

“When I found out we were going to be able to do the Moneymaker Tour here, I was real excited about it,” he said. “It’s a real nice room, big, it can hold a lot of people. It’s been a great event. I came out yesterday and played all day with everybody. We had a real fun table. Obviously for Day 2 it’s nice to be able to sit here and play and not just watch the action.”

Almani was the first to depart, and soon after that all the chips went into the middle. Magleby had thel chip lead and held 4-4, Mokhtari had K-J, and Yang was on the short stack with J-7. The flop brought no help to anyone, but a jack on the turn and another blank on the river eliminated Yang and put Mokhtari out front.

According to Lee Jones (pokerstarsblog.com), “Now we had a heads-up match between two men. CJ is a computer science student at Santa Monica College in L.A., getting ready to transfer to UCLA. John started playing ‘French style’ poker in Iran in 1956, before CJ’s parents were born. I love poker.”

Magleby reaquired the chip lead, but Mokhtari doubled up with Q-Q against ace high. The next hand Magleby’s A-3 was up against A-8, and when the board made no changes it was all over. Mokhtari was the winner of the Lucky Chances Moneymaker PSPC Tour event and the coveted Platinum Pass. 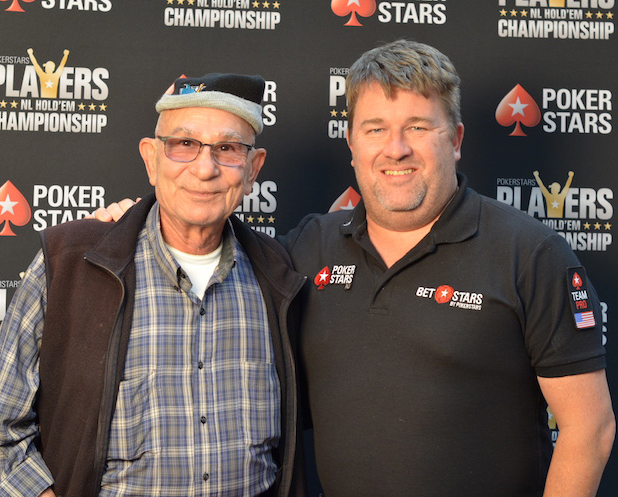 After his win Mokhtari said, “This morning, with only 19,000, the lowest chip almost, I doubled up, doubled up, went all-in, built it up. When I got there I pray, I know I was gonna win it. The god of poker was with me today. I’ve never been to Bahamas. I’m very excited. I’ll be taking my wife. I play at Lucky Chances almost every day. They always watch me and they cheer for me. I have no idea why they love me so much. The best part of it? I won it!”

Lucky Chances general manager Dustin Chase was thrilled with the whole experience too. He said, “I could not be happier about how our Platinum Pass giveaway event concluded. After seven days of qualifying events and over 1,000 entries, it was fantastic having a local and regular Lucky Chances tournament player, John Mokhtari, win the Platinum Pass on the final day of play.

“The final table was absolutely electric with the spectators cheering loudly every time John won a pot. I think this event really demonstrated Lucky Chances’ commitment to our players, as we hosted this event rake-free, with 100 percent of the buy-ins going towards the prize pool. We look forward to our next opportunity to partner with PokerStars and other entities to bring added value tournaments to our players. Every day we provide value to our tournament players in the form of first place guarantees, and this event was really just an extension of that philosophy.”