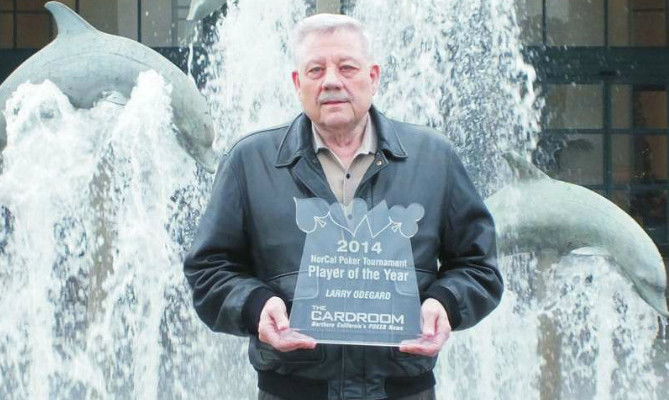 POY contest up for grabs heading to the finish

Arnold WarnerNov 10, 2015November/December 2015, POYComments Off on POY contest up for grabs heading to the finish

The race to win the seventh annual NorCal Poker Tournament Player of the Year contest enters its final month with the tightest race we’ve ever had. In the past, someone has always pulled away from the crowd. Not so this year.

While G. Pincombe of Redwood City has held the lead for the past few months, it has only been by a relatively small margin. In the last several weeks that margin has become even slimmer as South San Francisco’s I. Malabanan closed the gap.

Then right on his heels is T. Mai from San Leandro, followed closely by 2014 champion L. Odegard of San Jose. V. Serrano and P. Nguyen are also stalking close behind.

With a good November any of the top 10 might take the title at the wire. With a great November it could be anybody’s from the top 20 or more! Come December it will all be decided so be sure to check back in our January/February issue to see who claimed the prize.