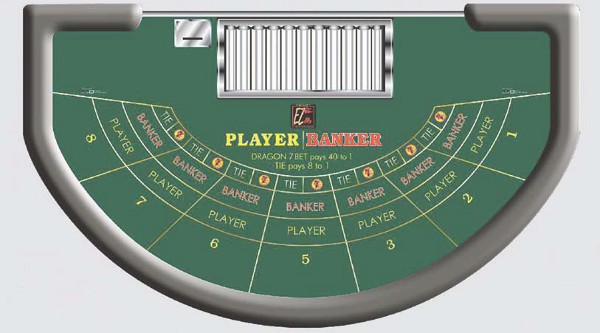 The California Bureau of Gambling Control is planning to proceed with new rules drastically affecting how cardrooms provide games such as blackjack, pai gow and baccarat.

California state law prohibits cardrooms from having a financial incentive in who wins and loses in these games, as opposed to Indian and Las Vegas casinos. Therefore, players take turns acting as the “house” or “bank” and paying off the winners while claiming the wagers of the losers (and usually paying the casino’s per-hand fee for providing the game).

The vast majority of players choose to skip their turn as the bank, so cardrooms contract with a separate, independent company to act as the banker. The result is a game that runs smoothly and feels a lot like it would in Las Vegas. The state’s Indian casinos have long been opposed to this arrangement.

Under the new rules, taking one’s turn as the banker is mandatory. Refusing to do so would result in having to leave the game, and if no one wants to be the banker the game discontinues.

When asked why these rules were proposed, the bureau said in a statement that the Department of Justice is “looking at various issues related to gaming and is interested in receiving input and engagement from the public.”

Steven Stallings, chairman of the California Nations Indian Gaming Assn., said in a statement that they had no comment on the proposed rules. “While we are still studying the proposed regulations, we are generally in support of regulatory agencies taking a clear position on illegal gaming practices.”

President of the California Gaming Association Kyle Kirkland has said that people and their communities need to push back and that if these rules were implemented tomorrow every cardroom in the state would be virtually out of business.