Home Featured Stories Read with me … the good and bad! 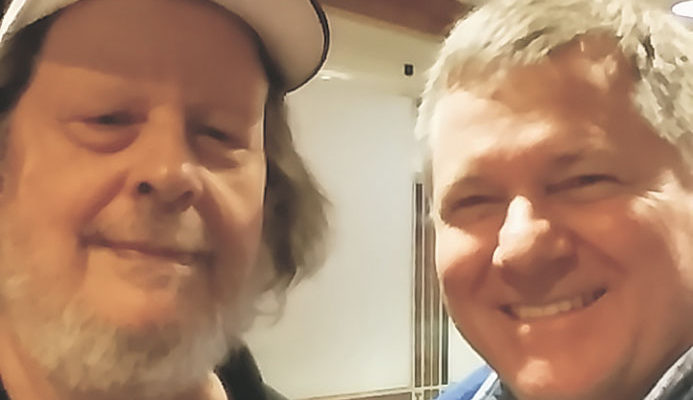 Read with me … the good and bad!

It has been more than eight years now since I started making a living as a poker prop. One thing I have learned is to trust my reads. As better poker players know, this often works well, and sometimes it makes you look like a real donk.

Two examples, both from $4/8 limit Hold’em: In the first game we were playing six-handed. The first two players to act pre-flop folded, and I raised with pocket fours. The blinds both called. The flop is 10-10-7 rainbow.

The blinds checked, I bet, and they both called. Hmmm. The turn was a 5 and we all checked. The river was the third 10. The small blind checked and the big blind bet out! What?

My thought process began … five seconds, 15 seconds …. Okay, the big blind is a very good player with a significant bankroll and he knows me pretty well. I deduced that he has put me on A-K or the like and is trying to steal the pot. Alright, I have got him! I am going to call for sure.

The small blind is going to call. Ugh! What the bleep does he have? He has played pretty much every hand since I sat down. He probably has one of those hands that players who pay my mortgage call a raise with, A-7 or A-5 maybe. The pot is only $40. Dang it, but I am beat. I fold.

The big blind shows a bluff and the small blind shows pocket threes. I laugh now, but at the time I was not happy. A raise would have won it! What does Doyle Brunson say? “A minute to learn and a lifetime to master.”

The second example started with me on the button calling behind four other callers with 6-5 of clubs. The flop came A-K-8, all diamonds. It is checked to the person in front of me, who makes it four to go. I raised to eight and got two callers. A four of spades hit the turn and it is checked to me. I bet eight and took down the pot. What a genius!

My best and easiest read since my last column, however, had to do with going home … home to Club One Casino where I started my propping career. Club One is an outstanding casino in Fresno—it’s a joy to be back.

In my continuing quest to experience poker in as many casinos as possible, my friends Kenny, Bill, Lisa, and I headed to Eagle Mountain Casino outside Porter­ville, Calif. I knew very little about this casino, but Kenny invited me and he was driving.

As I entered, my first impression of Eagle Mountain was it was absolutely the cleanest casino I have ever been in. Talk about pride of ownership!

I inquired and found out that the day games consist mostly of $2/4 limit Hold’em, with promotions that include progressive quads, straight flushes, and royal flushes. My friends love to play $2/4 so we all sat down and enjoyed the poker, visiting with the locals and the friendly staff. That included Leticia, a beverage server, who was one of those contagiously positive people who make a casino visit that much better. Thank you, Leticia. Good read, Kenny!