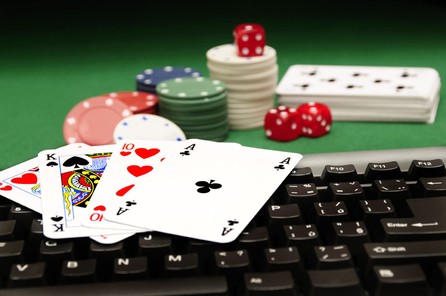 Reciprocity: The key to winning poker

The CardroomMay 10, 2013May/June 2013, NorCal Poker AmbassadorComments Off on Reciprocity: The key to winning poker

We often hear that poker is a game of skill. But how much skill is there to being dealt pocket aces or flopping a set? Truthfully, more than one would think.

In Tommy Angelo’s Book “Elements of Poker,” he discusses the importance of reciprocity in poker. What is reciprocity? In a nutshell, it is the difference between how we act in a situation vs. how our opponents act in that same (or similar) situation.

Mr. T-ABC is a tight ABC player who raises the top four percent hands in position, is overly paranoid about being sucked out on, and views the game in strict terms of winning and losing.

Mr. TAG is a tight aggressive player who raises the top 10 percent hands in various positions, uses implied odds for draws, and views the game in terms of extracting maximum value.

In scenario #1, Mr. T-ABC is dealt A-A under-the-gun (UTG) and Mr. TAG is dealt Q-Q in late position (LP), with effective stacks of 100 big blinds (BB). Mr. T-ABC limps UTG, folds around to Mr. TAG who raises five BB, and action folds to Mr. T-ABC who re-raises to 20 BB. Mr. TAG recognizes that a UTG limp/re-raise by a tight ABC player is almost always A-A or K-K and folds his Q-Q. Mr. T-ABC shows the table his A-A before he mucks and says, “I hate getting pocket aces cracked.” Incidentally, he wins 5 BB (ignore the blinds for the sake of simplicity).

In scenario #2, Mr. TAG is dealt A-A UTG and Mr. T-ABC is dealt Q-Q in LP, with effective stacks of 100 BB. Mr. TAG opens for five BB, the action folds to Mr. T-ABC who calls. Everyone else folds so they are heads up going to the flop.

The other side to reciprocity is how players play their losing hands. It is possible to achieve a similar profit delta relative to your peers by limiting your losses in situations they would not as illustrated below.

Ms. S-ABC is a solid ABC player who raises the top five percent hands, draws when given correct odds, does not value bet light and generally plays straightforward.

Mr. Rec is a typical recreational player that understands the basics but enjoys being more aggressive and looser in regards to drawing, semi-bluffing, and playing out of position.

In scenario #3, Ms. S-ABC is dealt 8s-8c in mid position and limps. Action folds to Mr. Rec who is in the BB with Jd-9d who checks his option. They are heads up with effective stacks of 100 BB.

In scenario #4, Mr. Rec is dealt 8s-8c in mid position and limps. Action folds to Ms. S-ABC who is in the BB with Jd-9d who checks her option. They are heads up with effective stacks of 100 BB.

So what does it all mean? If you take a mathematical long-term view of poker, then you can infer that all players are dealt the same hands and put in the same situations. Thus, the only way you can be a long-term winning player is if you are making more money as well as losing less money than your opponents in similar situations.

Aren’t there instances in which all players would play the same? Sure. However, those situations are extremely rare. Set over set or nut vs. second-nut coolers occur less than one percent of the time, and even in those instances there often exists enough information for reciprocity to favor the better player.

Reciprocity is the dividing line between winning players and everyone else. Strive to learn more than your peers, realize value they would not, avoid the pitfalls they fail to see, and you will become a winning player.