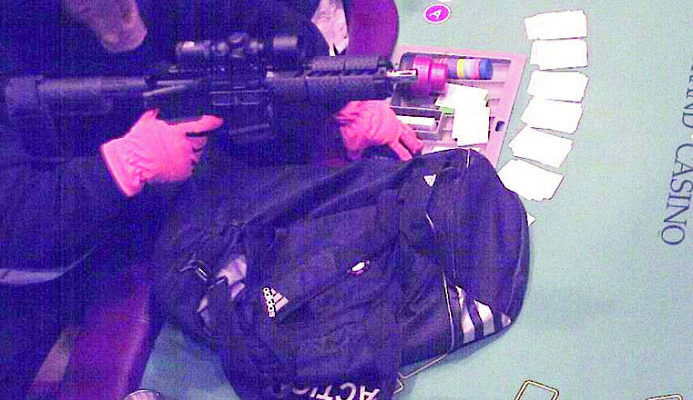 The CardroomMay 11, 2016Casino News, May/June 2016Comments Off on Robbery at California Grand Casino

Early on April 25 a man carrying an assault rifle and wearing a Halloween mask robbed the California Grand Casino in Pacheco.

Citing casino spokesman Jimmy Lee, the San Jose Mercury News reported that, “The man pulled up a seat at the table, pulled out the rifle and pointed it at staff and customers, Lee said. The man then reached over the table and grabbed some of the casino’s property.”

What exactly was stolen has not been confirmed, but a photo released by the Sheriff’s Office confirmed that he was taking casino chips. No one was injured and the rifle was not fired.

The man’s description, as reported by the Mercury News was, “The man is about 6 feet tall and weighs about 200 pounds, Lee said. He was carrying a duffle bag and was wearing a black hoodie, dark pants, orange gloves and a full Halloween mask, though officials didn’t say what kind of mask it was.” He was also reported as driving either a Mercedes Benz or BMW.