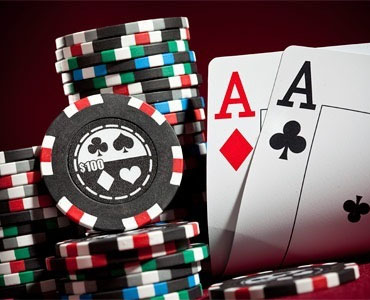 Losing streaks can be difficult to cope with in poker. Many people say that they play the game to have fun and it can be a fun game to play. The opportunity to outplay opponents, along with winning money in the process, can give a person a rush of adrenaline. However, the game probably doesn’t bring the same level of fun if a person is consistently losing.

It’s not uncommon to hear people talk about how bad they are running if they haven’t logged a winning session in weeks, or if they have lost what would be a considerable amount of money. I’m going to challenge each person reading this to ask themselves a couple of questions: Are you really running bad? Did you really getting your chips in the pot as a heavy favorite and then just get unlucky?

You’ve heard it before: “I flopped two pair (or a set) and my opponent sucked out on the river,” or “I had a straight draw and flush draw, then on the river … nothing.”

Some of these are true bad beats, and in the game of poker there is a little thing called variance that can make luck the king of poker in the short term. But I’m going to hold a mirror up and ask you to take a hard look while asking yourself: “Have I really been getting unlucky in every one those sessions? Or, did I play a hand that I shouldn’t have, trapped myself on a draw and lost a lot of chips in the process?” What you may come to find is that you are playing just as bad, if not worse, than what you’re running.

According to The PokerZone Dictionary, running bad is defined as: “To be dealt a series of weak hands; to undergo a losing streak primarily due to the cards that were dealt rather than the quality of play.”

This means that you are either continuously getting a series of cards pre-flop that you should not play because they do not have a winning expectation, or when you do have a hand that is an overwhelming favorite, the flop, turn, and/or river turns your hand into a losing one more often than what is mathematically probable.

What is interesting about the above definition is the last phrase, “…rather than the quality of play.” That phrase in itself is what actually describes the difference between running bad and playing bad. It’s one thing to get hands that you can’t or shouldn’t play; however, when your quality of play goes downhill because you are playing hands that you know you shouldn’t, that is when you are playing bad.

Bad beats will happen from time to time, even when a hand can only be lost to a true one-outer. In that type of situation, with only the river card to come, getting as many chips as possible into the pot will have winning results over the long haul—versus getting chips in the pot when behind and hoping to get lucky.