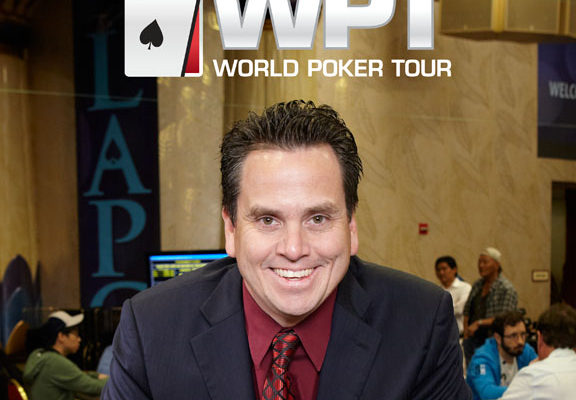 Savage speaks on WPT and the state of Poker

Barbara EnglerJan 27, 2017Back Issue Highlights, January/February 2017, Top Stories, WPTComments Off on Savage speaks on WPT and the state of Poker

Matt Savage first came to the Poker world’s attention about 15 years ago when he helped organize and found the Tournament Director’s Association (TDA), an organization that works to standardize poker tournament rules worldwide. This was followed by a three-year stint running the World Series of Poker from 2002 to 2004. He’s been one of the most recognizable fixtures of the worldwide Poker scene ever since.

The San Jose native had humble beginnings as a chip runner for Garden City Casino, then moved on to Bay 101 Casino to be a dealer. After taking the lead tournament job at Lucky Chances Casino he returned to Bay 101 as tournament director in 2003. It was his desire to see more uniform rules from one casino to the next that led him to contact others with the same job title and eventually the creation of the TDA.

In addition to his work with the WSOP, Savage continued to run tournaments at Bay 101 Casino, including the World Poker Tour’s Shooting Star event. This led to his helping out at some other stops on the tour, until four years ago he was named the WPT’s Executive Tour Director.

The Cardroom recently spoke with Savage as he prepares for the California section of the new WPT season, which features the Bay 101 Shooting Star in early March.

“Executive Tour Director basically means I’m kind of the liaison between the World Poker Tour and our casino partners and the World Poker Tour and the players. In addition to that role I also do what they call the sideline interviews for the final table. It’s good fun. I’m not good at it, but I enjoy it. It’s not really my forte. My forte is running events, dealing with players, answering questions, and setting up the rules.

“I’ve really enjoyed that role and I appreciate WPT President and CEO Adam Pliska for giving me that opportunity. I was just actually in Irvine yesterday really working on trying to make things better for this tour. I really consider us the most player friendly tour and I think that great events like the Shooting Star really mean a lot to the tour and making it player friendly.”

Asked about the traveling required for the job he said, “I have been doing quite a bit. I just got back from China recently. I’ve been to Florida. I was in Sacramento a few times. I was in Calgary recently for the WPTDeepStacks Championship. I’ve been basically all over the world with the World Poker Tour and it’s been quite a journey. I really enjoy the travel. I enjoy meeting new people and trying to grow poker all over the world. It’s nice that I can call Bay 101 and San Jose my home, but at the same time I’m on the road quite a bit.”

We wondered what other things he’s up to in addition to the WPT. “A big part of my role, and something I’m not paid for, is the Tournament Director’s Association, and helping new players in the game through Twitter and Facebook. I’m trying to get new people into the game because I think in the long run that what’s going to be important is people staying in the industry and also getting new people. I think that’s a lot of what I’m going to be doing and what I am doing from this point forward is trying to really focus on the growth of the game.

“The World Poker Tour is doing a lot of that also by expanding into Asia and Latin America and a lot of those areas where I think it’s important that we do grow because there are so many Poker players that have not even discovered the game yet that will be a big boost for the game itself.

“Global growth for the game—this is what’s going to make it thrive. I think we’ve plateaued in the United States. At the same time, it’s still a huge industry because, what people don’t realize, is there are tournaments around the country every single day. There’s not as many people going to one of them, but people are spread out throughout the country playing local tournaments and there’s still a lot of players out there, so there is room for growth in my opinion.

“I think you’re definitely going to see more players traveling to play big events and obviously people move around the world. If you want to experience the new horizons of the game, you may have to get on a plane and go travel and play in some of those places. At the same time, I think any growth is going to help make it bigger for all of us. If there’s more people playing, people from all over the world, it’s definitely going to help grow the game and make it bigger so that we’re all going to succeed. I’m always working on getting more women into the game as well. I think that’s important. Something that I feel is super important for the growth of the game is expanding globally.”

Speaking about the upcoming Shooting Star tournament Savage added, “We’re always reaching out to new players and this year, more than any other, I really want it to be about personalities and people that are personable and popular players. I’ve instituted what I call the three Ps for this year’s Shooting Star [personality, personable, popular].

“I think that you won’t recognize, maybe, some of the hottest players, the people that don’t talk to others at the table. I think we’re going to focus more on what people really like. Having  fun. The WPT Shooting Star event is fun, and should be fun. It’s about our locals more than anybody else. I think that that’s what I really focused on as far as reaching out to those people that you’ll see on our Shooting Star list. I think it’s going to be a great event.”

We asked if he thought there were fewer high-profile poker celebrities than several years ago and his response was: “We haven’t really focused on making new stars as much as we probably should. That’s from the World Series to the World Poker Tour, and the Poker Stars Global Tour as well. I think that all of those have not been making new stars. I don’t think that we really have.

“But I think a lot of the younger players aren’t really into it. They’re not really into being stars. They’re content with winning the money. They’re not interested in doing interviews and being on TV is not important to them. Being an ambassador isn’t important to them. You look at Joe McKeehen. He said, ‘I’m not an ambassador. Don’t ask me to do anything extra because I’m not doing it.’ I think that’s a negative that’s hurt the game.

“I’d like to see people, some of these younger and upcoming super stars that are the great players in the game today, reach out and be a part of being more active and more ambassadorship, and those types of things. It’s definitely a part of it though, to try and grow the game for all of us. I think it’s important that those guys realize that but they just haven’t come to that realization yet.”