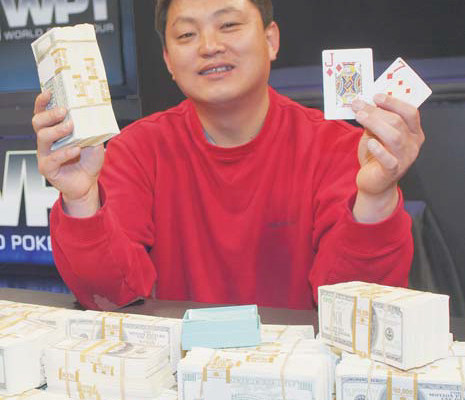 The CardroomJan 10, 2013Casino Updates, January/February 2013, Top StoriesComments Off on Shooting Star returns to Bay 101 in March

The 17th Annual Marko Trapani Bay 101 Casino Shooting Star Tournament will be held March 4 to 8 with a change in the buy-in to $7,500. Bay 101 is pleased to announce that renowned tournament director Matt Savage will be back to run this world-class event.

“I think the change this year of reducing the buy-in to $7,500 will bring even more excitement to the most unique event in poker! It will give more local players a shot at participating by winning their way into the Shooting Star through the satellites that are currently running. It should also create a bigger prize pool than in years past,” said Savage.

This year’s Shooting Star will also provide players with one optional re-entry if they are eliminated on day one.

Another great addition to this year’s Shooting Star is the inaugural $25,000 High Roller event that has been added. This new high stakes tournament should attract a lot of the top poker pros. The event will begin Wednesday, March 6 at 4:00 p.m. and finish the following day.

Some of the Shooting Stars committed to play in this year’s Main Event include Phil Hellmuth, Erik Seidel, Mike Sexton, Daniel Negreanu, Antonio Esfandiari, Scotty Nguyen, Venessa Selbst, and Jennifer Harman. Bounties on the stars will be $2,500.

This event attracted 314 players last year, creating a prize pool of $596,600 and was won by well-known local player Jake Solis, who took home $155,060 and a seat in the Shooting Star Main Event.

Last chance turbo satellites for $460 + $25 + $15 will be held Sunday night March 3 and Monday night March 4 each beginning at midnight. Advance sign-ups are not available for these turbos, with the tournament desk opening at 10:30 p.m.

Players in the Main Event will begin with 30,000 chips with 10 one-hour levels on Days 1A and 1B. Chip leaders at the end of these starting days will receive $10,000. Day 2 will feature 90-minute levels with six-handed play beginning at 36 players and continue until 18 entrants remain. Day 3 will have120-minute levels and continue until the final table of six players is reached, will be played on Friday, March 8 beginning at 4:00 p.m.