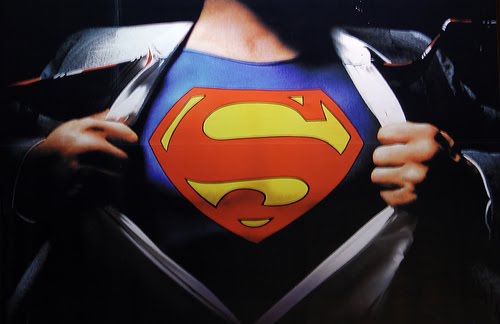 Sometimes the hero move is folding

Kenny SmithMar 10, 2015March/April 2015Comments Off on Sometimes the hero move is folding

By Kenny Smith
In my previous article I discussed how making decisions out of emotion instead of logic can be costly in the long run. I want to go into part two of that discussion by using an “F” word. For some this term is just another swear word: folding.

Folding can be a difficult action for many poker players to swallow; however, laying down hands that one really doesn’t want to can go a long way toward contributing to a player’s overall long-term win ratio.

I think it is fairly safe to say that nobody likes to fold. To many poker players, it’s equivalent to surrendering. No one wants to give up a pot if they think they have a chance to win, and a majority of players definitely don’t want to get bluffed. I remember hearing a player say on a televised poker show, “I don’t like folding. You can’t win if you fold.” Obviously, he was making that statement with more humor intended, but there are a number of players who take a statement like that much too literally and pay a heavy price for it.

I don’t believe that any player is immune to this desire to avoid folding. I had to teach myself in the early stages of my poker life that folding is not a sign of weakness. I truly believed that folding over and over to a big bet or raise was issuing a license for my opponents to run over me.

Too often my ego would start getting in the way of making logical decisions. (We won’t go in depth on ego today. That’s another subject that can be discussed at another time. However you can read my previous article on Heart vs. Head.) Winning players are not only defined by the big pots that they win or how much they win in a session, but also by the lay downs that many other players refuse to make.

If you fold a hand in a no-limit game to a big bet when the board shows cards that can have you beat, you are on your way to playing championship style poker.

The other night I realized that I might be on the verge of beginning to play poker at a higher level than before because I found myself getting rid of some big hands—and I mean some really big hands—that in times past I don’t believe I would have been good enough to lay down.

One such hand occurred when I was playing $2/2 no-limit and picked up K-K on the button. There was a straddle on for $4 and it was limped to the cutoff who min raised to $8. I re-raised to $36. Everyone folds back to the cutoff who thinks about it and then finally calls. At this point I put my opponent on A-K down to J-J at the absolute worst. If an ace or any broadway card hits the flop I’m not putting one more penny in the pot.

Then comes perhaps the most disgusting flop I could ever see: A-Q-x rainbow. I didn’t want an ace. I didn’t want another card above a 10, and I got both! My opponent makes a pot sized bet of $80. I thought I was going to puke. I got up from the table disgusted and just vented for a second or two.

I think it was safe to say that everyone at the table realized the hand that I was holding. I folded. A year previously I don’t know if I was good enough to lay that hand down, even on that type of flop.

But the long term decision for the session as a whole was easy: be stubborn, go all-in, and go broke in that spot, or save the $160 you have and keep playing. That fold kept me from having to re-buy and put me in a position to win a pot later that evening for over $400 and eventually go on to win just over $500 that night. In short, that earlier fold was worth approximately $500.

Trying to prove that you can’t be outplayed is not the mark of a good poker player. In fact, not folding hands where you are fairly certain that you are beat is a huge leak in your game that will cause you to hemorrhage money.
There are times when you have to pay a player off with a big hand. There are also times when you are in the middle of the wrong battle and it’s better to just run away and come back to fight another day.

It’s never fun to look at a big pile of chips while you are being put to a decision and envisioning those chips potentially being pushed in your opponent’s direction, but letting go of what you may think is the second best hand can be worth a lot of money during the long term of your poker career.