Home Featured Stories Staying up when you’re down 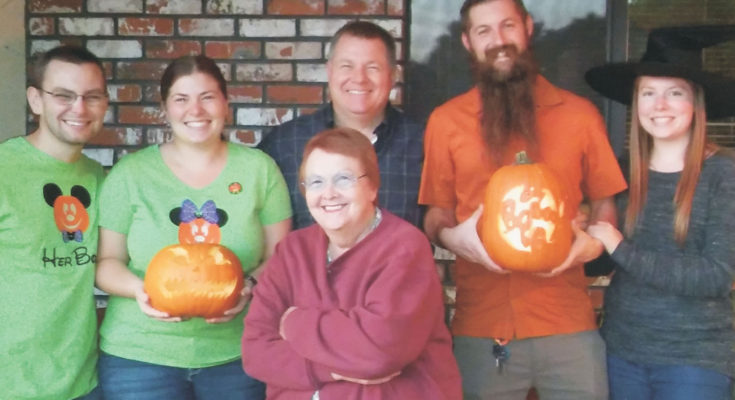 Staying up when you’re down

The first thing I reflect on as I look back on my year of propping in 2017 is the biggest compliment I ever received as a poker player. I was playing in one of those wild $4/8 limit games when I picked up pockets aces in early position. I raised and, thanks to my tight reputation, only got four callers. (Only!)

I led out on a flop of J-9-4 rainbow and got three callers. The turn was a 3. Good card! I fired again and now there were only two callers left. The river was another 4. I was ready to drag the pot, until I got raised by a player in late position. Ugh! I called and was shown Q-4 off suit! A fellow employee, the floorman affectionately known as “Wags” then stated to the table: “Now you are going to see the difference between Bill Patty and everyone else.”

Without a word, I calmly folded the next 15 hands or so before picking up another playable one. I pride myself on playing nearly tilt-free, solid poker and really appreciated the recognition. Thanks, Wags!

I began with that story, but now must humbly admit that my eighth complete year of propping will be my first losing one. I got off to a rough start and did not quite recover. This result does sting, but I believe my best poker is still ahead of me.

Making good decisions is what we all try to master, using all the information we can obtain. The poker gods control the rest. I try to be positive every day, even if the cards are not falling my way. I am lucky in life, and nothing will ever keep me down because I have two amazing daughters, and a mom and brother who always pick me back up.

Another thing I do to keep myself positive is play $2/4 limit poker. Yep, that’s right! Why? Because poker is FUN! I play $2/4 to interact with my friends, to win a splash pot or get paid for aces cracked. I find it so relaxing that it can put me back on the happy side of life after an irritating day.

I first learned to play Texas Hold’em in these low-limit games and remember fondly when I won my first $100 pot with 6-8, making a full house on the river. Wow, that was 20 years ago! Interestingly, I am now promoting a revival of $2/4 limit.

One other game I would like to promote this coming year is Seven Card Stud. I grew up on this game and its variations and had to really push through my dislike of Texas Hold’em when it first came to the Central Valley in the ’90s. Call it nostalgia or just think about the hundreds of players who never come to a cardroom because stud is not offered.

Do you remember when Tachi Palace opened and they had that huge tent where six or seven stud games would go on at one time? How about the stud game they had at Diamond Sports Bar and Casino on Sundays where you always had to get there early or you didn’t get a seat? Those are great memories. By the way, does anyone have a chip from Diamond they would like to sell (give) me?

First, a remembrance of Bill Grey, who was my dear friend and like a father to me. I know he is playing that big poker game in the sky. I love you Bill!

Next, thank you to all my poker friends who continue to make poker fun through the ups and downs!

Finally, Thank you to all of the great employees of our Central Valley cardrooms who help bring us all back up when we are down.