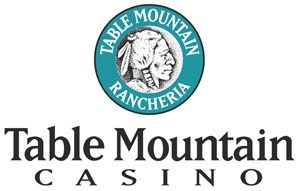 Table Mountain Casino is celebrating its 30th Anniversary all year long with promotions, entertainment and winnings galore throughout the entire casino, and the Poker Room is no exception.

The celebration continues in the Poker Room with the launching of the Table Mountain Casino $2,000 Tournament Fanatic Free Roll. This exciting tournament launches in July with the first tournament of the month and is certain to be a player’s favorite.

Player’s Club members simply present their Player’s Card at the time of registration and they can earn points to qualify for the Fanatic Free Roll by playing in any of the Tuesday, Wednesday or Thursday tournaments. Only nine points are needed to qualify.

The $2,000 Fanatic Free Roll tournament will be held on the first Saturday of the following month, so there are plenty of opportunities to earn and win all month long. On the day of the Free Roll tournament, players will start with 4,000 in tournament chips, with 15 minute rounds. Each player will have until the end of the third round to claim their seat. The four players with the highest total of points at the end of the month will receive free bonus tournament chips in the following amounts: 1st, 2,000; 2nd, 1,500; 3rd, 1,000; and 4th, 500.

Also starting in July is the TM Royal Family Flop—a fun name for a fun way to win. This TM poker promotion will begin on July 4 and will run from Tuesday at 12:00 a.m. to Friday at 8:00 a.m. Plan on 80 hours of royal action.

As a summertime reminder, the TM $30,000 Money Meltdown is still running, with the big giveaway on Sunday, August 27. Only 50 tickets are needed to qualify for the winning drawings. Mystery envelopes containing between $500 and $2,000 will be given away three times per hour between 2:00 p.m. and 10:00 p.m. on August 27, as follows: top of the hour, bottom of the hour, and 15 minutes after the hour.