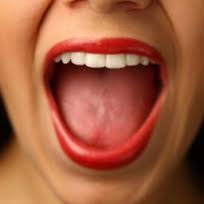 A typical poker table is filled with conversation all day and night. It isn’t uncommon to hear players talk about the sporting event on the television within the casino. They may converse about other things in their life—marriage, the kid’s ages and activities, their occupation, or what they thought about the movie that was just released in theaters or on video.

Conversations such as these can help to break the monotony of being between hands and not actively playing. It also makes the game more enjoyable. Many poker players are playing for the fun and recreation of the game, along with the camaraderie of others. If the conversation is entertaining, they are more willing to stay engaged in the action of the game.

It’s amazing to think that the mouth, for being such a small part on the human body, can also be one of its most powerful mechanisms and can get a poker player into a wide array of trouble. The hole below the nose can be an endless, bottomless pit of words that can create pitfalls of which one may be unaware.

This isn’t to say that one should take a vow of complete silence at the game. Being involved in conversation makes you sociable and enjoyable to play with. But many aren’t aware that some of the things they say can actually be damaging to their own game. I’ve listed some things that I hear often at the table.

Nobody cares what you folded

I hear a lot of players mention what they folded after a pot is being pushed away from them. I’m guilty of this as well; however, I am improving in this area. I actually kept track on a few separates occasions and found that on average I would hear at least one person every orbit mention what they folded. Some players even get angry after someone else scoops up a big pot. They’ll say, “I had 10-4 and would have made three 4s on the river. I would’ve won if you hadn’t raised.” This to the winning player who initially raised with pocket kings.

Once the pot is pushed to someone else, what you had is completely irrelevant. Many times, mentioning what you folded can indicate a weakness in your game. If you’re willing to comment on the fact that you are willing to play a weak, or even ragged hand to a pre-flop raise, it could indicate to others that you play far too many hands, and that you may carry them way too far, which in turn could allow you to get exploited for a lot of money during a session.

Announcing your hand, during the hand

I see this quite often in limit games. This typically happens when there are multiple players seeing the flop in a pot that was raised pre-flop. If they have any type of made hand on a board that is extremely vulnerable to drawing hands, they will tell the table what they have, hoping that their opponents will fold.

There’s no logic behind this, especially in limit poker, because if someone has the ability to catch up and beat you, they will call you, no matter how many bets and raises that you put in. In no-limit it can be equally useless because if you are up against an opponent who doesn’t care about the money, he may just call, knowing that if he sucks out on you it may put you on tilt.

In the end, it may make your opponents read you for playing with scared money. If that happens, they will take shots at you every chance that they get. Just get your chips in the pot while you have the best of it and slow down if the board indicates that this may have changed.

“If you had raised, I would have gone all-in.”

“I knew both of you guys had something like a draw when you called me.”

“I put you on something like ace-king, ace-queen before the flop.”

“I had top pair with the nut flush draw on the flop. I had to keep betting.”

Generally, when you look around a poker table you will see that it is surrounded by players with huge egos, and many players like to express the size of these egos by expressing their knowledge and expertise of the game. They try to impress others with their expertise or ability to read other players by sharing their post-hand analysis.

This is extremely dangerous to your game because what you may not be aware of is that you are handing out a verbal blueprint to your opponents at the table of how to play against you. Broadcasting to others how you play or about tells that you spot on them is a huge leak. When you have a strategic advantage on your opponents, don’t give it away.

If this sounds like you then it is something that you may want to change immediately. When higher-skilled players know why you call the raises and chase hands further than you should, you could put yourself in an uncomfortable position of putting chips in the pot when you’re drawing bad.

The other reason not to verbally justify your bad decisions is that your opponent doesn’t want to hear it. Just like nobody cares what you folded, nobody cares why you made your decision. Some players do it as if they are apologizing for the bad decision and then winning. That is one of the worst things you can do.

Poker is a game where you risk money. Someone wins and someone loses. Don’t feel that you owe your opponent anything for coming out on top when you took the same risk they did.

Have fun with the players that are around you. Don’t feel like you have to bury yourself behind sunglasses and headphones, shielding yourself from any and all communication with them. Just keep a little bit more of a guard on what you say. Don’t give up anything that could expose too much of your playing style. Every poker player is subject to talking about their game. The amount you give away is what can make the difference in your overall win rate.

Previous PostAn introduction to a prop’s world Next Post$50,000 Giveaway at Capitol Casino