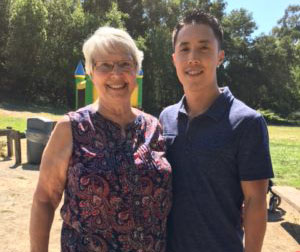 Many of you probably never knew that I was on the high school debate team at El Cerrito High School from 2000-2003.  I competed on a national circuit level and did a lot of out of state competitions.  I often look back at my high school debating career and realize how much in common it has with the poker tournament circuit.  Just like poker, debate at the national level was highly competitive, very long (often 14 hour days), involved a ton of strategy and preparation with coaches, a ton of focus and analytical thinking, and you always ran into the same faces deep in tournaments.  I honestly feel as if my high school debate career bred me to become successful in poker.  If you competed in debate at the national level in either high school or college, you probably understand what I’m talking about.

This past weekend, I received an invite to attend my former debate teacher’s retirement and birthday picnic in the East Bay Area where I grew up, and I couldn’t pass this opportunity to see some old familiar faces.  Catherine Berman was one of a kind.  She was more than a teacher to all of her students and impacted so many young lives during and after her teaching career.  She was tough, sweet, encouraging and a role model to me.  I’ll never forget the day she told me that I was moving up to the varsity level.  It went something like this…

Her: “Kyle, I’m bringing you to Utah next weekend.  You’re ready to compete varsity.”

Her: “Kyle, you’re never going to make it ANYWHERE in life if you don’t take risks.  Sometimes you just have to take risks in life and just go for it.”

Those words stuck with me like glue, and I won’t forget them.  You can obviously see how these words make sense in poker, but I’ve also used this mentality with many things in life.  If there is something, somewhere, or someone you want in your life, you have to take a chance and go for it, because you won’t get it without trying.  Sometimes, you might not get a second chance, so quit being such a nit, and loosen up!

And by the way, I did alright that first tournament in Utah and ended up having a pretty solid high school debate “career.”  Thank you Ms. Berman for being awesome! 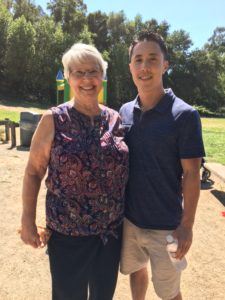