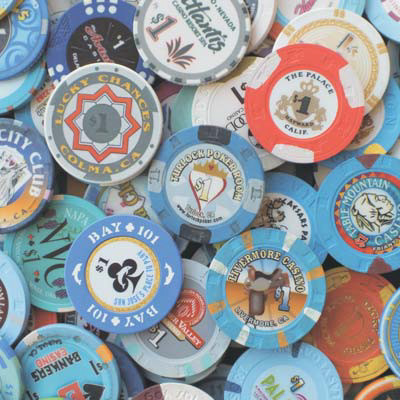 The Cardroom’s POY competition heating up in 2014

Randall RappJan 10, 2014January/February 2014, NorCal Poker AmbassadorComments Off on The Cardroom’s POY competition heating up in 2014

Another year comes to a close and The Cardroom crowns another NorCal Poker Tournament Player of the Year. Once again though, we have a familiar champion as San Bruno’s Rellie Sigua has claimed the title for the third year in a row. This guy is amazing, plus one of the nicest guys on the planet. If you ever get a chance to play against him, do so. You’ll have a great time, maybe learn a thing or two, and possibly have the opportunity to tell the grandkids how you took down the three-time champ.

In 2014 our POY contest will be bigger and better than ever as we add Sacramento’s Capitol Casino to the mix with all their regular tournaments and great players. Between them, possible other additional casinos coming on board, and more players signing up at our regular venues, the competition should really heat up this year.

If you haven’t already, get yourself signed up for the contest and watch the points come rolling in. Who knows? Next year it could be your picture on the front page of The Cardroom!

I just missed the big Grinder Showdown, but I did make it to Turlock the day after for their $100 buy-in Santa’s $5K Bounty Tournament. I never did get a shot at the big guy as someone claimed the big bounty before he made it to my table. There was a rather attractive elf a couple of seats away from me for quite a while, but the table broke up and someone else claimed her prize.

With 148 entries, they more than doubled the guaranteed prize pool. With that many people there was plenty of poker to play before the day would end. I hung tight through the usual ups and downs and managed to chip up at a few opportune moments.

Then, as the blinds increased, I went through an agonizing period of card deadness, but still managed to double up when I had to in order to survive. Stealing the blinds and antes a time or two per orbit always helps.

When we got down to the money bubble I was determined not to be that guy again. (I have a bad habit of bubbling the special tournaments at TPR.) With about 14 big blinds left I raised with a decent but not overly-strong hand hoping to pick up the blinds and antes. Unfortunately, an off-duty dealer with a monster stack re-raised me to where I had to either fold or shove ’em all in there. I chose survival and folded. Now, however, I was short stacked and had to shove with the next decent hand I was dealt, only to be the Turlock Poker Room bubble boy once more.

Next time the bubble comes at TPR I’m going into super nit mode.

Just before Christmas I got up early on Friday morning and made the drive up to San Jose for Bay 101’s $180 buy-in tournament. I don’t often get to play tournaments there, so I was really looking forward to a good day and my first Bay 101 tournament cash.

Things started off great as I took an early lead at my table while enjoying an excellent corned beef hash breakfast. Then I got blindsided by a guy who played pocket aces super slow and it got even worse when he rivered a set. Chop goes the chip stack.

This was followed soon after by a horrendous bad beat. (I’m sick of bad beat stories, so I’ll leave it at that.) Chop goes the chip stack again. Another marginal bad beat followed—chop again. Now I’m on life support and have to shove with A-J only to get called by A-K. I’m gone and the first break hasn’t even come yet.

Well I didn’t come all that way for just 45 minutes of tournament action, so I grabbed a seat in the $6/12 game with an eye towards getting even for the day. Over the next six hours I went broke, rebought, accumulated enough profit to make up for the tournament, went back in the red, and finally called it an afternoon. In the end I was still down a buy-in, but at least the $6/12 hadn’t made the hole any deeper.

Next I was off to the Livermore Casino for their 7:00 p.m. tournament with a $100 buy-in. After fighting through the Bay Area traffic I got there in plenty of time to play some $4/8 while eating a delicious pizza as I waited for the tournament.

Things were going a bit better for me, as I managed to get enough ahead at $4/8 to cover my tournament buy-in. Lo and behold, just before we began, who should show up and buy-in but Livermore resident Brother A. He doesn’t play that often, mostly just as an excuse to hang out when I make it to town, but he made a decent run and acquitted himself just fine.

With his arrival I knew my chances of maintaining my usual “no drinking while playing” rule were not so good. (Okay, I admit it. I already had a beer with my pizza.) A few more beers during the tournament seemed to go down just fine as I won all the key pots I needed to. I even managed to administer a couple of bad beats myself instead of just being on the receiving end.

Before long the money bubble had popped, so when we got down to three-handed we made a deal. I wound up with better than second place money and was well in the black for the day—enough so that I gladly bought the Maker’s Mark as we headed over to Brother A’s house for the rest of the evening.

I was up early the next morning as I headed west on the 580 to catch the morning tournament at The Palace. This $70 tournament plays pretty fast and loose in the beginning as you don’t start with a lot of chips, but if you make it to the first break there’s a $20 add-on that’s equal to a starting stack.

As luck would have it I was recognized by POY contender “Flacco” Rivas who proceeded to needle me regularly with a wry grin on his face. I took it good naturedly and gave a bit of it back, but I quickly saw how he racks up all those points. No matter what he had he always seemed to hit the flop. Now that’s a skill I’d like to develop a bit myself.

I, on the other hand, was missing flops regularly so before the break I was down to the felt. Since I still felt nice and flush from the previous evening I went ahead and ponied up another $70 and re-entered. This time I got the seat right next to Flacco so I could keep an eye on him.

I played tight enough to make it to the break, pay for the add-on, and go into patience mode. This can be a great tournament approach, as long as you get a hand once in a while to take advantage of your tight image. When we got down to two tables my chips were in the danger zone. One shove picked up the blinds so I was good for another revolution. My next shove several hands later got called when my ace ran into a better one. Oh well, at least I outlasted Flacco.

Since I had the rest of the day free I took a seat in their “hold onto your hat” $4/8 kill game. This game plays fast and loose and often has huge pots. It’s not unusual to see four or more players cap the betting preflop.

Things started off slow as my draws weren’t hitting and, as expected, few people were folding. One rack down, I went ahead and bought number two. Things still weren’t going my way and after a while that rack was also gone. Because I didn’t want to leave in the middle of watching my hometown Fresno State Bulldogs take a beating at the hands of USC, I bought rack number three.

And that’s when the deck started hitting me. Several of those huge pots started coming my way. First I had one rack back, then the other one. A few more big pots and my morning tournament was paid for too. That sounded good to me, so I cashed out with a days profit of about $40. Not bad considering the hole had gotten pretty deep for a bit.

Then it was across the San Mateo Bridge to check in at the Comfort Suites located a few minutes away from Lucky Chances. After a bit of rest in the room, hunger set in so I headed for the casino and a little $6/12 action and a prime rib dinner to treat myself.

The food was good but the poker was better. While not quite as “live” as the game at The Palace, this one was still ripe with opportunity. With the right amount of patience and aggression I scooped some pretty good pots over the couple of hours I was there—enough to make the next morning’s $245 tournament a virtual freeroll.

The next morning the tournament hadn’t been in progress very long when tournament director Robert Bloom found it necessary to announce over his microphone that I had won a pot—like it was the first time it ever happened. Bob said that as far as he knew it might have been. I assured him it only seems that way.

Once again a tournament was going pretty well and I was accumulating chips when my pocket queens lost to a rivered set of jacks. Instead of eliminating two players my stack took a beating. I wasn’t the only one however, as perennial POY contender Lawrence “JL” Chow was the recipient of a bad beat that had him reeling. When he shoved a few hands later I thought he might be on tilt, but when I looked down at pocket kings I knew it didn’t matter and I was shoving too.

He wasn’t on tilt. He had A-Q. When the flop came A-Q-x I couldn’t believe it. I actually stood up and turned my back on the table in disgust at my misfortune. People thought I was leaving and were yelling “don’t go.” (I wasn’t going anywhere. I had more chips than JL.) Apparently they were yelling because the dealer had turned over a K on the turn and my hand had pulled through after all. I would have felt bad for JL if my hand hadn’t been the best before the flop. Nah. I probably wouldn’t have felt any worse whether it was a suckout or not.

A couple of hours later and the money bubble was in the past. Then several players with short stacks who were holding on for the cash were gone. Final table play went pretty well and I think I made the most of the hands I received, but in the end the big stacks and bad cards caught up with me and I was out in sixth place.

Considering this tournament has a $10K guarantee for first place, sixth paid just fine as far as I was concerned and put the icing on one fine cake of a weekend’s poker.