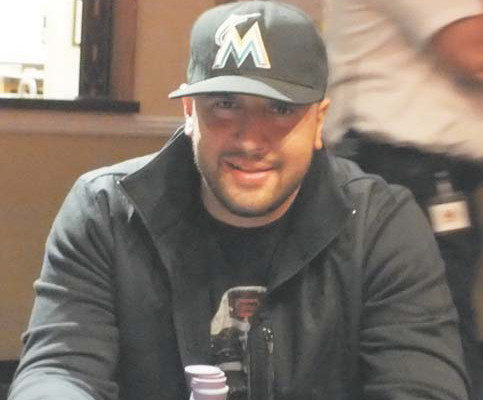 “The Grinder” and DeepStacks return to Turlock Poker Room

The third annual Central California Summer Poker Classic will be held at the Turlock Poker Room on May 24 to 26. This tournament, with a buy-in of $450 + $40 is an official stop on the DeepStacks Poker Tour.

Days 1A and 1B will play 16 levels or until 20 percent of the field remains. Those remaining will meet up on Day 2, May 26 at 1:00 p.m. to play for the title. Once the field is reduced to 36 six-handed play will commence. The final table of six players will be streamed live by DeepStacks 360.

First place in the tournament will receive, in addition to prize money, a $3,000 package to the 2013 DeepStacks Poker Tour World Championship held in December at the Mohegan Sun Casino in Connecticut ($2,500 tournament buy-in plus $500 spending cash). Lodging and accommodations will be provided by the DeepStacks Poker Tour. The winner will also receive complimentary entry to any tournament hosted by the Turlock Poker Room from June 1, 2013 to May 31, 2014.

In the event that a DeepStacks professional or a TPR staff member finishes first, the complimentary tournaments will be awarded to the highest finishing TPR Rewards Card Customer.

DeepStacks Live and the Turlock Poker Room also proudly present The Grinder’s Power Poker Course held Friday, May 24 from 9:00 a.m. to noon. Seats to the poker course can be purchased for $350 or can be won at ongoing satellites at TPR.

Hosts of the course will be DeepStacks pros Michael “the Grinder” Mizrachi, Tristan Wade, and Jason Lee.

“I was fortunate enough to participate in the last two DeepStacks poker courses at the Turlock Poker Room,” said The Cardroom’s editor, Randall Rapp. “Both were great experiences and I wholeheartedly recommend attending to anyone looking to improve their poker game.”

Participants in The Grinder’s Power Poker Course will also have the opportunity to win a seat into the $40,000 Central California Summer Poker Classic tournament in a DeepStacks Poker Tour Turbo Satellite immediately following the Power Poker Course. This satellite is available only to poker course students.

Until April 30 the top two finishers in every regularly scheduled 6:00 p.m. no-limit Texas Hold’em tournament at TPR will win a seat to a monthly $5,000 guaranteed tournament where winners will be awarded a seat to The Grinder’s Power Poker Course.

DeepStacks Live is the number one live poker training company in the world. As featured in Time Magazine, DeepStacks Live was developed to radically improve the abilities of poker players everywhere. Their educational approach is based on military and law enforcement scenarios and high risk training techniques. DeepStacks Live training events are offered in casinos, cardrooms and hotels around the world, and taught by their all-star group