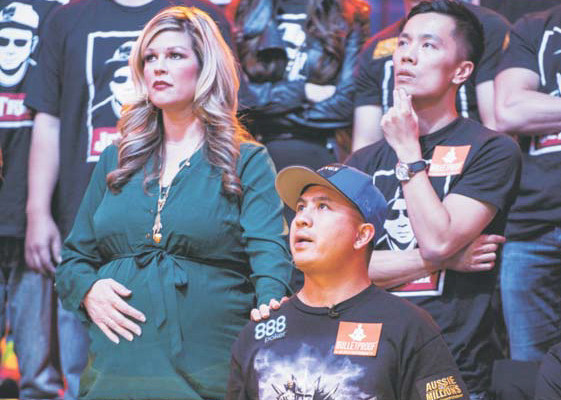 Sacramento’s J.C. Tran entered the World Series of Poker Main Event final table on Nov. 4 the chip leader, but after playing for over seven hours totally card dead he was eliminated in fifth place, taking home $2,106,893.

Tran put on a virtual clinic on how to stay alive in a tournament without getting a decent hand, stealing pots whenever possible and pressing what small advantages he could find. In the end though, the relentless pressure of dwindling chips caught up with him.

About the only time you could argue that Tran made a mistake was on hand #113. Marc-Etienne McLaughlin open-raised to 1.6 million and Tran re-raised to 3.4 million. McLaughlin then moved all-in for 8.825 million. Reluctantly, Tran called showing A-7 against McLaughlin’s A-K. The board played out J-3-3-6-3, doubling McLaughlin and leaving Tran with a little less than 15 million chips.

McLaughlin then did a remarkable job building his stack to get back in contention for the title, only to be eliminated in sixth place when his K-K run into the A-A of Jay Farber.

Tran continued to work his short stack admirably. When he was down to 9.925 million on hand #161 he moved all-in, once again with A-7. He was called by Farber who had K-Q and a huge chip lead, thanks mostly to the hand with McLaughlin. When the flop came K-J-9 Tran was left hoping for an ace which never came, as the turn and river were a 5 and 6.

When heads-up play began the next day Farber had a small chip lead over Ryan Riess, but with superior play and favorable cards coming his way regularly Riess eventually claimed all the chips, the bracelet, the title of World Champion, and $8,361,570.

In his exit interview with Kara Scott on ESPN Tran said, “I got it in ahead on the last hand and those are the ones you do need to win. It’s tough. You come in with the chip lead and you expect to do things a certain way and then the cards are not allowing you. It’s really disappointing, but y’know what? I’ll be back. I appreciate all the support everyone has given me.”

At his post-elimination news conference Tran added, “I definitely didn’t expect this. I mean, finishing fifth was definitely possible in a lot of ways, but not the way I went out. I had zero pairs the whole day, ace-king once, ace-queen a couple of times in really tough spots.

“To be honest, I’m not 100 percent happy with the way I played, but y’know, when you’re on the bottom end of the cards and you’re facing tough decisions all the time you’ve just got to make the right ones. And when you do you’ve just got to win those.

“And I sure wasn’t prepared for this … coming in extremely card dead. There’s no excuse but it really sucks to play poker that way, y’know? When you’re catching hands it makes the game a lot easier, but to be honest I’m not really disappointed. I just think if it’s not meant to be it’s not meant to be.

“I’ve got bigger and better things coming. My daughter is due in a couple of weeks and y’know what? I take the best from it and I should move on.

“If I’m back in a similar position next year … if I final table … I guarantee you I will do a lot better.”